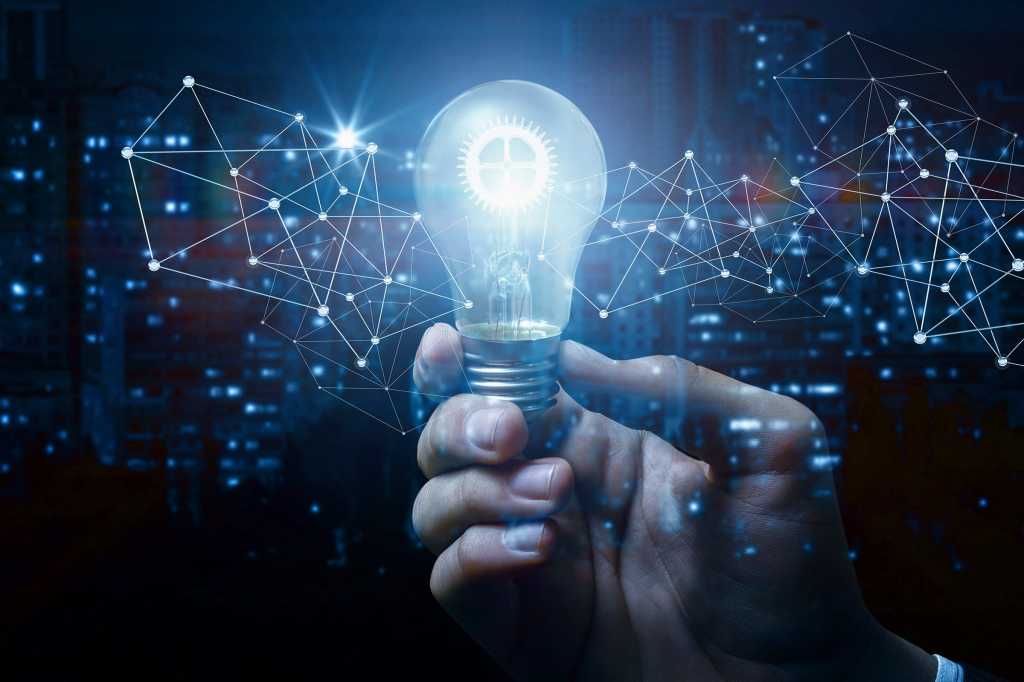 Asked to define innovation today, most IT leaders will agree: It’s all about digitization and finding new and better ways of thinking about processes and services to solve a problem.

“Around here, we think of it as a stool with three legs: quality/safety, patient satisfaction, and cost efficiencies,’’ says Sam Amirfar, CIO and chief medical information officer at The Brooklyn Hospital Center.

Chris Manriquez, vice president of IT at California State University, Dominguez Hills, sees innovation as “the rapid, practical application of digital technologies to resolve present and emerging needs.’’ And it’s about developing new digital or tech-enabled spaces, which could incorporate elements of the metaverse, he says.

For Vishal Gupta, global CTO and CIO, and senior vice president of connected technology at Lexmark, innovation is about making things cheaper, better, and faster. What’s different in 2022 is that because of the pandemic, digital transformation has no longer become a question of whether to move to the cloud but how and when, he says.

IT has proved its innovative capabilities because businesspeople are finally looking at technology more seriously, Gupta says. CIOs and CTOs are now “getting a bigger seat at the table because a number of companies are demonstrating that even if they’re not a tech company, they need to be tech-enabled. Innovation is what is driving their growth because the corporate world is all about growth and profitability and sustainability.”

But there’s a school of thought that technology should not be the sole focus to demonstrate a culture of innovation. There’s more to innovation than technology, says Ron Adner, a business professor at Dartmouth College and author of Winning The Right Game: How to Disrupt, Defend and Deliver in a Changing World.

Adner maintains that companies that talk about innovating often fall into the trap of being too focused on their technology — and not focused enough on their innovation ecosystem.

To be innovative, IT organization must incorporate three elements, Adner says. And it starts with looking beyond your own execution requirements and having more awareness of the external capabilities you’re plugging into. That expands the sense of what is actually possible, he says.

The second facet is having an awareness of the priorities and constraints of your external partners; lastly, it’s about developing an alignment mindset that goes beyond the ability to execute a plan, Adner says. “You need to put a high priority on getting partners to be willing to play the game you’re trying to get them to play.” He characterizes this as an “ecosystem innovation” because it requires other people to adjust and develop a new capability and interact with either your organization or their customer or some other third party in a new way.

This involves having a strategy separate from having APIs, he adds. An alignment mindset changes what you want to do as well as how you want to compete and is needed to bring external partners into a cohesive structure. “This is a critical part of what a culture of innovation needs to look like in 2022,’’ Adner says. “It’s as much about managing collaboration as it is allowing for creativity.”

It is an illusion to believe deploying modern technology alone is enough, he adds, because there is a difference between being up to date and being innovative. “When you’re innovative you’re using tools you have to do something new,’’ he explains. “Updating your toolset with modern technology is not enough — it only gets you to the starting line.”

A CIO should get credit for doing the hard work of migrating legacy systems to more modern technology, Adner notes, but it’s different than claiming you’re innovative for doing so. Connecting new systems to new initiatives is “how you move from an operational stance to a strategic stance.”

Here’s a look at some new ways IT leaders are innovating in their organizations.

At Lexmark, Gupta has initiated a process called Focus to Future, or F2F. Twice a year, he holds a meeting in every key geography where Lexmark has a presence in which engineers team up with at least one other person for a couple of days to create a simple proof of concept detailing an idea they have. The teams compete for a pot of money, which is generally $50,000 for the winner to build out a working prototype.

The teams are required to do a video demonstrating the problem while explaining the proof of concept, Gupta says. The video is meant to encourage communication skills, he adds.

The most recent F2F garnered around 80 ideas and Gupta says leadership created “mini shark tanks” with two winners in each of three geographic regions. “They had their projects ranked and they all got different levels of money,’’ he says. “We were able to take some of them forward and invested money in some to see what we could productize.”

The latest winning idea was Optra Edge, a camera that does a visual inspection of products on a factory floor. The camera is embedded with AI and flags any quality issues it finds. “We launched the product in our own factory and found it eliminated almost 95% of errors we’re seeing and now we’re productizing it to sell it to the market,’’ Gupta says.

Another idea was for a gaming product that has been funded beyond the prototype stage. “The idea is a lot of people in the gaming industry have hundreds of thousands of cards and they don’t know how to manage and trade them,’’ he says. The hardware has software embedded with scanning functionality that aims to give gamers a good idea of how much their collection is worth, with the ability to trade and reduce friction, Gupta says.

F2F has had two types of impact: It gets employees more engaged in being part of the company and that helps with retention, he says. It also “obviously helps us get more interesting products out and it helps Lexmark be seen as a more innovative company.”

Predicting the sickest patients with AI

In addition to standing up a telemedicine program in three weeks after the start of the pandemic, Brooklyn Hospital’s IT department is using AI to try to predict who are the sickest patients in the hospital.

“What’s surprising is in 2022 … if you ask the hospital director, ‘Who’s your sickest patient,’ obviously, it’s people in the ICU,’’ Amirfar says. But there are another 200-plus patients throughout the hospital on regular floors, and during the height of the pandemic, it was hard to figure out who wasn’t doing well, he adds. This created the challenge of knowing where to deploy doctors and nurses to patients who maybe weren’t as sick as those in the ICU but needed additional care, he says.

The hospital implemented an AI program about a year ago to learn about its patients, he says. The program monitors four vital signs: blood pressure, pulse, pulse oximeter, and breathing rate at regular time intervals, depending on the patient.

The program is trained to identify patterns in those vital signs. “We tell [the algorithm] periodically, ‘This person in bed 10 did well or didn’t and had to go to the ICU,’ so the program looks back at the patterns of the preceding 12 or 24 hours,’’ Amirfar says.

Once the AI learns enough to make good predictions, “we will let it loose,” hopefully in the next couple of months to analyze information, look for patterns, and keep making predictions, he says. IT will also look at where the algorithm needs to be improved.

Amirfar expects there will need to be some fine-tuning, so that if a patient takes a lead off their chest to go to the bathroom and their pulse goes down to zero, “it’s not because they passed away,’’ he says.

Amirfar doesn’t like to use the term AI, “because it implies a machine is becoming smarter by the minute — it’s not about number crunching and pattern recognition.” It’s more important that a machine learns common sense, such as “someone’s going to the bathroom, so stop recording,” he says.

The hospital created a “nerve center” with servers and monitors and data analysts who actively monitor the AI system for those 200-plus patients and make sure everything is running smoothly.

If they are able to come up with an effective AI model using the four elements and package it, Amirfar envisions sharing the software with other healthcare institutions that over time can improve on it to monitor their beds, he says. They can also create “a decent nerve center for $10,000 to $20,000,” he says.

The investment in the program has been small, he says, “and the return could be huge. We realize it’s a bit of a Hail Mary pass. But we’ll learn something.”

Innovating to address the realities of life

Cal State Dominguez Hills has a very diverse population and socioeconomic challenges, according to Manriquez. “Given those realities, our campus has … an innovative, forward-looking, and can-do attitude.”

While the pandemic forced the university to turn to technology to keep functioning like most academic institutions and organizations, the school did more. IT implemented an esports program complete with an incubation innovation lab where students can go beyond classic gaming and learn elements of design to create avatars, for example. They can also learn application and business development, Manriquez says.

“We were using digitally-engaged functionality to address deficits presented during COVID so students could continue their educational paths,’’ he says. “One of the big deficits in higher education is [students] losing connection with an institution.”

Gaming/esports is an emerging technology at Cal State Dominguez Hills, he adds. “In some places, it’s becoming competitive, like D1 baseball or football, where people can receive scholarships.” Similarly, it’s now a burgeoning career path for young adults.

For students who didn’t have internet access, the university also loaned about 2,000 mobile devices during the lockdown and made wireless MiFi connections available for high-speed connectivity, Manriquez says.

IT also developed an iOS app for those who are food insecure. The app advertises different food pantries on campus as well as food available after an event has ended. It also lists different food resources available off-campus.

“We consider that innovative — addressing needs,’’ he says.

Don’t rest on your laurels

If you think you’ve achieved a culture of innovation, chances are you haven’t, maintains Dartmouth’s Adner. “A culture of innovation is one where people are constantly striving and supporting change in a productive way, so it’s a dynamic state — it’s not a level you reach and now you rest.”

CIOs and IT organizations would do well to heed a quote from Amazon founder Jeff Bezos that it will always be “Day One” at Amazon, he says. “The motive behind that was if you stop [acting like a startup], you’re no longer innovating,’’ Adner says. “It’s not something you reach, it’s something you sustain.’’