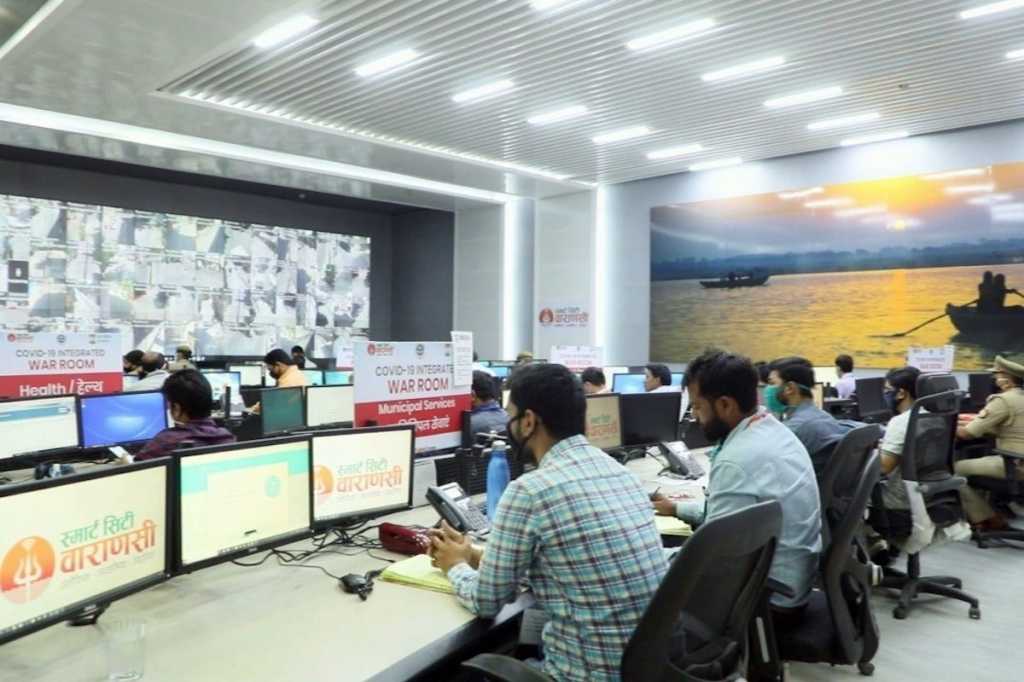 One of the 100 cities selected for the smart city project by the Indian government is Varanasi, the spiritual capital of India. This densely populated holy city in the northern state of Uttar Pradesh attracts thousands of pilgrims every day. Blending technology into this historical city wasn’t easy, says D. Vasudevan, general manager at Varanasi Smart City Ltd. (VSCL).

The government of India has given a mandate to 100 cities to build an integrated command and control center (ICCC), a platform that will act as a decision support system for the city administration to respond to real-time events by consuming data feeds from different sources and processing information out of the data sets. The authorities are free to choose the factors most relevant to their respective cities for monitoring.

“The stakeholders came together to express the bottleneck they face, and this helped in identifying the problems,” says Vasudevan. The list was then narrowed down to four major problems that needed addressing immediately: solid waste management, environmental monitoring, traffic management, and integration with smart streetlights.

Data on all four areas can now be gathered from smart components and analyzed and viewed in real time at the command center.

“There was a template from the government about what technology the cities could use. To bring in technology-based solutions some consultants and experts were part of the smart city project team,” says Vasudevan.

The team at VSCL created its ICCC by setting up its own data center, servers, and network, customizing it to tackle the major problems of the city.

There was a well-defined contract between VSCL and the master system integrator (MSI), Shapporji Pallonji and Co, setting out key performance indicators, milestones, and service-level agreements for each of the project components, which also drove contractual arrangements between the MSI and other vendors.

Each of the project components is monitored by a dedicated project manager, assisted by project managementconsultants who do follow-ups and quality control checks.

A small team at VSCL managed each outsourced vendor. For the GIS systems, the team consisted of a nodal officer as the point of contact between the internal stakeholders and ESRI, an IT manager in charge of the general IT administration of the project, and a GIS technology expert.

The project was conceived in July 2018, inaugurated by Prime Minister Narendra Modi in February 2019, and completed in August 2020. Many components of the project were added after the inauguration.

“By and large, the vendors delivered on time and the project was commissioned and inaugurated as scheduled,” says Vasudevan. Although there were delays in some project components, these were beyond the reasonable control of the vendor, and if they had been the vendor’s fault, the contracts provided for levy of liquidated damages and penalties for the delay in the project execution, he added.

Now that the control center is up and running, he says, “We can easily visualize the problem of the city with the help of the GIS technology-backed ICCC. For instance, we can immediately identify if a traffic signal in any location is down or if there’s been a power outage in any of the areas.”

Identification of the problems in near real-time helps in informing the respective authorities, who are in most cases the stakeholders themselves, leading to quick resolution of problems.

The major challenge faced was to get the stakeholders adopted to the technology. “For instance, a traffic police officer is used to standing on the road for checking. Sitting in an office and monitoring the traffic on a computer screen is something they are not used to. Hesitation to use high-end computers to generate a traffic challan for dissenters and sending it through an SMS was difficult for them. But that was only in the beginning: In six months they completely adopted it,” explains Vasudevan.

The project was developed to help city authorities manage traffic, waste collection, lighting, and the environment, but when COVID broke out in the country in March 2020, the district administration and smart city management together decided to use the ICCC as their COVID-19 control center.

“ICCC was never intended to be used for any disaster management. But on 1st April 2020, overnight, ICCC was converted to a COVID-19 war room,” says Vasudevan. “Every time a COVID patient is identified, we track his address and convert it to geo-coordinates. When cases increased, we could easily identify locations with a lot of cases and therefore it helped in quickly declaring these locations as containment zones.”

It was also used in managing the health response like using drones to sanitize hotspots and telemedicine facilities.

With the implementation of this project, VSCL has successfully balanced Varanasi’s cultural and spiritual heritage against the needs of Varanasi’s citizens.