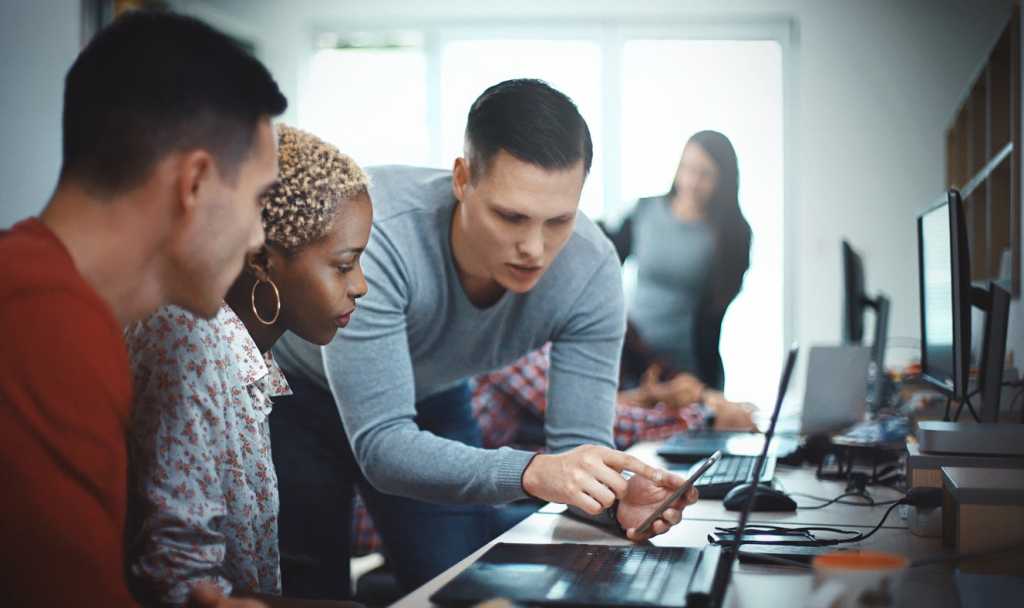 Have an app idea, but don’t know AI from an API? Not to worry. Thanks to advances in low-code tools, anyone with wifi and a big idea can build their own applications.

As the shortage of developers intensifies (job growth for devs is projected to be five times faster than overall job growth through 2029) citizen developers are becoming critical assets, with employees in many different departments and roles creating solutions for the specific business challenges they face. “Putting the power to create in the hands of the person who knows the process just makes sense,” says Josh Kahn, ServiceNow’s senior vice president of Creator Workflow products.

What Do Citizen Developers Solve For?

What’s your least favorite part of your job? Chances are it’s a repetitive, manual task that could be eliminated or streamlined through automation—an ideal opportunity for citizen developers to step in. Consider these low-code workflow apps tailor-made to solve these types of problems:

At a university hospital, a small team of citizen developers designed a workflow to vaccinate 14,000 critical healthcare workers. Within three weeks, they launched two apps—one that prioritized employee groups for vaccination and a second that scheduled their appointments.

Why Furlough Workers When You Can Reassign Them?

At one insurance company, 4,500 employees were at risk of being furloughed when parts of its business, like dental claims processing, slowed due to Covid. To save their jobs, a citizen developer created a reassignment portal where employees could list their skills and departments across the company could list new projects they needed help on.

Can Complex Contracts Be Executed 100% Digitally?

When its workforce went remote, one business that relied heavily on paper contracts built a low-code application that integrates Docusign into its existing workflow. The app collects e-signatures, tracks progress and automatically routes contracts to the next signee or back to legal.

Which Tools Do Citizen Developers Use?

There are two components of ServiceNow’s Creator Workflows toolkit for citizen developers.

In App Engine, the low-code application platform where citizen developers build their apps, “they have the option of using a template,” Kahn says.

Common tasks like assigning, tracking, submitting a request and creating a task (plus about 40 others) are available as out-of-the-box functionalities you can add instead of or alongside code.

Then, citizen developers can use ServiceNow’s Integration Hub to add plug-ins for more than 140 third-party platforms and systems. Want your app to connect to your company’s go-to login app or cloud storage provider? Simply drag and drop.

Who Are Your Company’s Next Citizen Developers?

Not every citizen wants to become a developer. Business leaders must activate the right talent within their organization.

“It goes without saying you’re looking for the excitement,” says Ayalla Goldschmidt, head of Creator Workflows product marketing at ServiceNow.

Domain Expertise. No one knows how an app should function better than its target user, so the ideal developer for an onboarding app, for example, may be an HR manager. “Citizen developers know the most about their business,” says Goldschmidt.

Spreadsheet Familiarity. Your employees may already be creating data models and workflow solutions using simple spreadsheet tools. As citizen developers, they can add layers of automation.

Tech Savviness. Citizen developers don’t need backgrounds in IT. The desire to learn and the aptitude to pick up new tech processes is sufficient, says Goldschmidt.

How Can Leaders Begin The Citizen Development Journey?

For business leaders who are excited to introduce low-code to their organizations but don’t know where to start, the ServiceNow team offers five actionable insights:

Start With Training. That could mean a self-guided course to help familiarize citizen developers with low-code tools, often available through your platform provider. “We help our customers get a head start by putting out content, support and self-help materials that a citizen developer might need,” Goldschmidt says.

Set Up Guardrails. “When you sign up a new citizen developer on our platform, you can identify exactly what data sources and functionalities they can and can’t access,” says Kahn. And as each app is being validated, “we can publish it into a space where it can’t encroach on other business-critical resources,” so a bug in one newly automated process can’t drag down performance elsewhere.

Provide Ongoing Support. One hallmark of low-code is its user-friendliness. Still, there is an unavoidable learning curve. “Citizen developers are incredibly powerful, but they will hit walls,” Kahn says, so enlist experienced employees to offer guidance and mentorship.

Start Small. When it comes to selecting a first low-code project, Aldana advises against boiling the ocean. Rather, he says, “take a look at the everyday, ordinary things in your enterprise that are a real pain.”

Low-Code Can Help Pro-Coders, Too. Kahn also stresses that low-code platforms are not, in fact, suited exclusively to non-technical users. “Low-code also enables people who do write code to build apps,” he explains. “They use the tools to get there faster.”