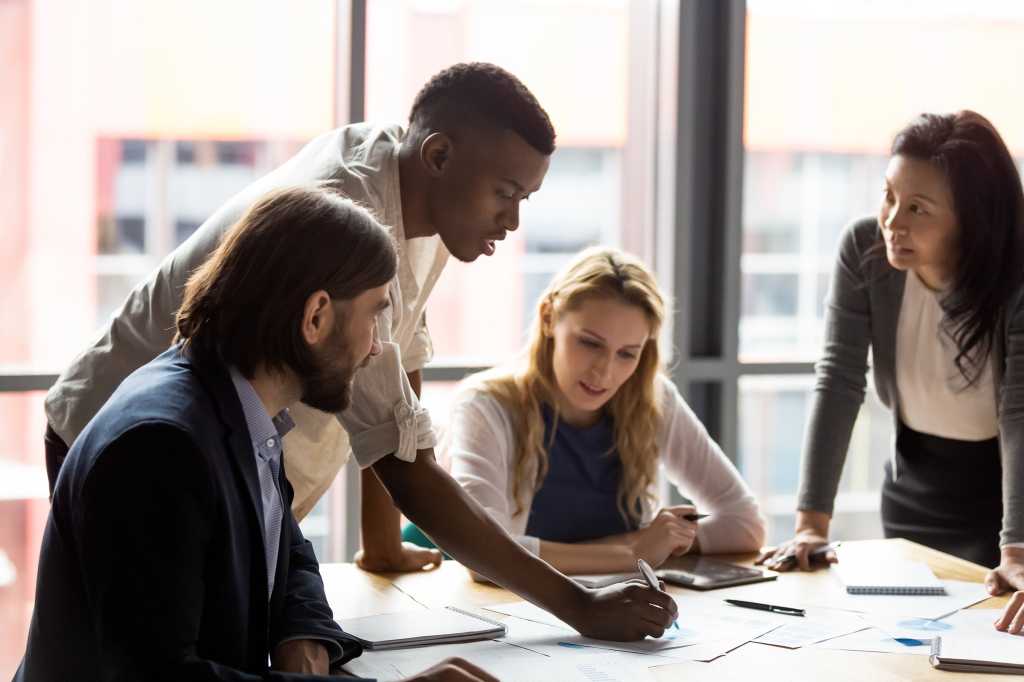 Not all individuals from groups that are often discriminated against feel comfortable self-identifying in the workplace. According to a 2018 study from the Human Rights Campaign, nearly half (46%) of lesbian, gay, bisexual, transexual or queer (LGBTQ+) employees say they are closeted at work.

“Sexual orientation or gender identity is more something hidden, or that people can hide if they want to,” says Jean-Luc Vey, founder and board member of PrOut at Work, a German think tank advising on LGBTQ+ topics in the workplace.

Visible or hidden, sexuality and gender are a profound part of identity, and people want to feel accepted for who they are, at home and at work. For IT leaders seeking to build a culture of inclusion, one that enables colleagues to feel safe and authentic regardless of whether they chose to share their full identity in the workplace, openness is a key cultural trait to build on.

“It’s a mentality change. It’s not only good for diversity in general, but it’s also good for innovation,” says Vey who, in addition to his role with PrOut at Work, is also an experienced IT manager working on the digital transformation of organizations.

“Think about the design thinking method: It is looking for an open culture where people can speak out, bring what they can, so that you come to new, good solutions close to the people you want to reach, your clients,” he says. “To understand them, it’s better to have a diverse group of people around, with diverse perspectives.”

That’s echoed by Ernesto Marinelli, senior vice president and head of HR for customer success at SAP. “Innovation does not come from an environment where everybody conforms. Innovation is the antithesis of conformity,” he says.

Marinelli, who is out as gay, says his current employer has always been supportive. “It has never been a secret about my background, my sexual orientation, the fact that I’m married to a German husband,” he says. “We have an inclusive culture, and that has not ever been an issue.”

When SAP invited Marinelli to move to the US in 2012, only a few states recognized same-sex marriages. “SAP put a lot of effort into ensuring that my husband could get a visa, so that we could move there for one year,” he says.

At one of Marinelli’s previous workplaces, however, support was less than wholehearted. He had come out to his colleagues at work, but a senior leader asked him to keep his sexuality a secret from clients. “I did not want to work in an environment where I could not be myself. Although internally they were accepting, they did not want me to show who I am,” he says.

To actively demonstrate their commitment to diversity, IT leaders need to step up and participate in events, launch initiatives, or become executive sponsors for one of the dimensions of diversity within their company, Vey says.

“As a top manager, you give an example to others and you drive the strategy,” he says, adding that a culture of openness is key to making LGBTQ+ staff feel comfortable in the workplace. Training to highlight and eliminate unconscious bias is a good place to start, especially when it comes to recruiting, he says: “Because of the unconscious bias that we all have, we have a tendency to hire or to promote people who are comparable to ourselves.”

If, as Vey suggests, LGBTQ+ staff are less visible than other minorities, then companies must go the extra mile to spell out to candidates how welcoming they are in other ways, setting out the scope of benefits offered and making it clear to candidates that they do not discriminate based on gender, gender identity, sexual orientation, nor any other protected identity characteristic.

Multinational enterprises, in particular, can play a greater role. Rather than just following local norms, they can become “embassies” for LGBTQ+ inclusion by extending workplace inclusion policies worldwide, as SAP did when helping Marinelli and his husband move to the US, or even become advocates, seeking to influence local law and culture to be more inclusive even outside the workplace.

And there are plenty of laws to influence: Just 28 countries have legalized same-sex marriages, according to a 2020 study by the Council on Foreign Relations, a New York-based think tank; at the other end of the spectrum, 70 countries treat consensual homosexual activity as illegal, with 13 punishing such activity with the death penalty, according to a 2019 report by the Center for Diversity, Inclusion, and Belonging at NYU Law.

That’s something managers should consider before asking staff to take on an assignment in another country, whether it’s an internal transfer or an on-site with a client, says Stuart Affleck, director of diversity and inclusion consultancy Brook Graham from Pinsent Masons Vario.

“If you have that opportunity for somebody within your team to go on an assignment to a country where the legislation doesn’t enable them to be their authentic self, then support that individual all the way through the process; don’t assume that they don’t want to go, nor assume that they will and it’s fine to just send them and the local team will just support them there,” he says.

IT managers should work with HR to ensure staff have timely and practical advice on what the experience will be like in that jurisdiction: not just the legislative pieces, but also the culture of the organization in that country when it comes to LGBTQ+ diversity and inclusion.

Managers should also be able to reassure staff that, if they choose not to take up the opportunity, then there will be no detrimental effect on their career, or on future opportunities to travel.

“This is what CIOs should be doing, as opposed to HR functions, which is setting that tone and culture from the top of the CIO function in relation to what diversity and inclusion means to them as a business unit,” says Affleck.

In addition to fostering an open culture and ensuring LGBTQ+ staff are safe and comfortable wherever they work, there are technical ways IT leaders can help as well, says Vey. These include ensuring that HR and customer databases recognize a person’s gender preferences — or perhaps do not make any distinctions about gender, except where legally required to determine eligibility for benefits, for example.

Or there’s the IT department’s role in connecting people. “There are so many good collaboration tools which can help in breaking barriers, bringing people together to develop networks,” says Vey.

Collaboration tools such as videoconferencing systems are not without risks for LGBTQ+ employees. The move to working from home has made it harder for employees to separate their workplace and home identities, for example.

“We have people becoming very nervous because they are out at the office, but not out with their parents or where they live,” says Vey. “So you can have the situation where you are taking part in an event and then on your screen are rainbows, so you could be out without wanting it.”

It can work the other way, too: “One guy I know was working from home. He was not out in his workplace, and during one videoconference his boyfriend brought him a cup of coffee. Finally, he decided to come out,” he says.