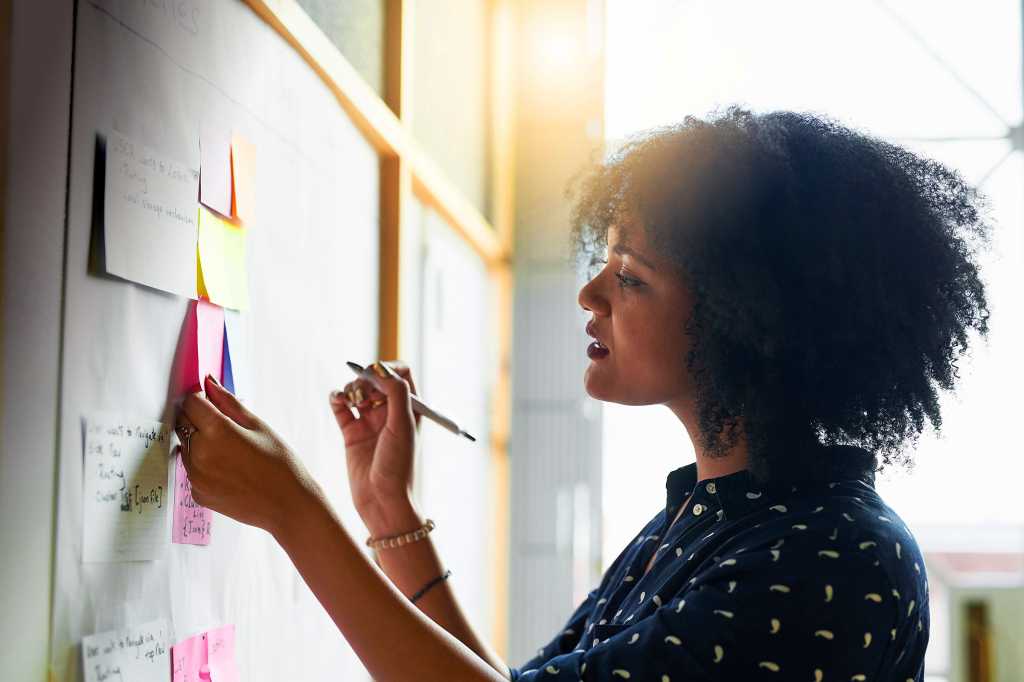 The past year wrought massive changes in the way people work. Before the pandemic, according to a recent Pew Research study, around 20% of employed adults worked from home. Today that number is 71%, and 54% of those want to keep doing it. The pandemic has accelerated what is starting to look like a massive shift of knowledge workers from offices to distributed, remote work settings. Every knowledge worker — 1.25 billion worldwide — has been impacted by this.

That’s a massive change that’s left project managers scrambling to find new strategies to keep projects on task and workers healthy and productive amid the stress and chaos of this huge shift. And not just project managers. Everyone is struggling to keep work on track. According to a study by Asana, we spend 60% of our time on work coordination, rather than the skilled, strategic jobs we’ve been hired to do.

As we look forward to expanding businesses and a recovering economy, what do we need to do to manage this new world workflow order? What are the new rules of project management, and what new skills do project managers need to thrive?

1. Clarity is elusive — and expensive

One thing has become obvious this past year: Collaborating without physical proximity means clarity is harder to achieve. Asana’s Anatomy of Work study found that one in four deadlines get missed every week due to lack of clarity.

“When we were sharing oxygen, it was easy to get everybody on the same page by going to someone’s cubicle and chatting,” explains Alex Hood, chief product officer at Asana.

The rapid shift to work-from-home moved everyone into isolated workspaces, connected only by the internet — a dangerous situation in which where any team member could quickly become an information silo. Early in the pandemic, Zoom meetings provided some remedy as replacements for in-person meetings and quick cubicle chats, but a year later, it’s clear we need better tools to bring clarity to who is doing what when and what the big picture looks like.

The Asana study found that casual chats in the office to get people up to speed quickly were replaced with unnecessary video meetings at a huge cost. Meetings interrupt focused work and are time consuming. They cost 157 hours of individual productivity over the past year and led to people working, on average, two hours late every day. Project managers and CIOs are scrambling to implement new tools and methods that bring clarity without paying such a high price. And companies are willing to invest in them, according to an IDC report.

2. Your ‘source of truth’ has never been more important

There is a broad set of methodologies for project management, and while each one offers its specific advantages, the key thing is to pick one and commit everyone to it.

“I talked to a team in Dubai, a team in the UK, a team in Mississippi. They all said, in their own language, ‘We need a single source of truth,’” says Matt Burns, startup ecosystem leader at monday.com.

“The old rule might have been, ‘Get it done, no matter what it takes,’” Burns says. “The new rule is, ‘Let’s agree on how we are looking at this and put it into a framework.’”

Burns likens the situation at many companies to “a country where all the different city states are operating completely differently. People don’t know about each other or what they do,” he says. “Whether it’s a tool, or a methodology, or whatever — you’re never going to make everybody happy. Just pick one and make it work. It’s just like you’re investing: Pick a strategy, commit to it, and you’re going to win far more often.”

3. Synchronous communication is a scarce resource

One thing the past year taught us — often the hard way, in missed deadlines and lost productivity — is that, in the new world order, synchronous communication is a precious commodity.

All this adds up to one brutal fact about teamwork: Getting everyone together for a meeting is costly. It is bound to inconvenience someone, add to what are already epidemic levels of burnout, and suck time from already overburdened work days.

“The cost of synchronous communication skyrocketed when everyone went to work from home,” says Asana’s Hood. “And it will continue to be high as we move into a hybrid working environment.”

4. Your work plan must be debugged

Creating a complex work plan is a lot of labor. One mistake, amid hundreds of lines of planning, could easily derail all or part of a project and cost a fortune. And the chance that someone will notice that mistake before a deadline is missed, or something goes completely off the rails? Infinitesimal.

Why? Because no one ever debugs the work plan.

“It’s not mathematically possible for a human being to manage the complexity of a large-scale project without making critical errors,” says Mike Psenka, CEO of Moovila. “Our research shows that over 98% of project plans — done by senior-level, experienced project managers — have critical flaws. This has always been true because project plans are never debugged.”

Once a plan is built — even when it is complex, expensive, and involves a huge number of moving parts, contributors, milestones, and deliverables — it is followed under the assumption that it is flawless.

“Every software programmer in the world debugs their code,” says Psenka. “They would tell you, ‘I would produce garbage if I didn’t.’ Yet, big project plans, with thousands of tasks, trust that everybody nailed it perfectly the first time.”

5. Everyone is a project manager, now

In the past, project managers used factors such as budget, resources, and rough estimates to determine how long a task would take. This new set of touch-and-feel managers draw on experience, familiarity with the people doing the work, and knowledge of the mental toll each task takes to determine durations and timelines. And it turns out, these might be better measures.

“Once you start understanding people and considering them as humans rather than resources — and try to figure out ways to circumvent problems and uncertainty on a case-by-case manner — things work better than old project management practices,” says Krishnasayee.

6. The project manager has become ‘The Negotiator’

As projects become more complex and businesses more focused on building sustainable growth in a new climate, it has fallen to the project manager to become not just a maker of plans but a negotiator capable of bringing competing factions, hybrid work teams, far-flung contributors, and invested stakeholders together to move the plan forward.

“The role of the project manager is evolving and negotiation skills have become increasingly important. You have to be Switzerland for the project, a champion of the work above all else,” says Jill Lyons, executive vice president of delivery at Hawkeye.

In the old work paradigm, the project manager laid plans, cheered the people on, checked that everyone was on track, and organized meetings to keep everyone informed. But you can no longer rely on physical presence to create synergy, there are more moving parts, and those parts aren’t always talking to each other. “You’ve got teams that are client facing, you’ve got teams that are internally facing, and you’ve got project managers that are technical or lined up by channel or deliverable,” says Lyons. “Where is the intersection of all of those?”

“It’s now more of a targeted approach,” says Lyons. “I’m going to gather these three people and we’re going to rumble on this part of the project. So that, even when you are not having that 20-person meeting, the project manager makes sure those 20 people have a single source of truth.”

When people are working in isolation, their family life is interrupting them, and they are logging long and unusual hours. Because of this, project managers have increasingly needed to step into uncharted territory to get projects back on track.

“I think one really important skill project managers need now is emotional intelligence,” says Janetta Ekholm, head of ways of working at Futurice. “When we understand ourselves as human beings, and we know where our emotions are coming from, we understand the same thing for others.”

Not everyone on the team is thriving in this new distributed workforce. Younger workers and parents, in particular, are struggling, according to Pew Research. And millions of women left the work force because they could not balance work and children.

“The project manager must enable and constantly be reinforcing the psychological safety for the team,” says Ekholm. “They have to create a safety net that provides the opportunity for people to feel comfortable sharing ideas and different points of view, without fear.”

Increasingly that means the project manager acts as a sort of therapist, identifying what looks like stress and reaching out and helping team members to work through it, prioritize, understand that what’s going on is okay with the team, and to help find resources or a suitable schedule so they feel safe at work and able to come to work.

“As we co-create in projects more,” says Ekholm. “The leader can make a big impact by using these facilitation skills.”