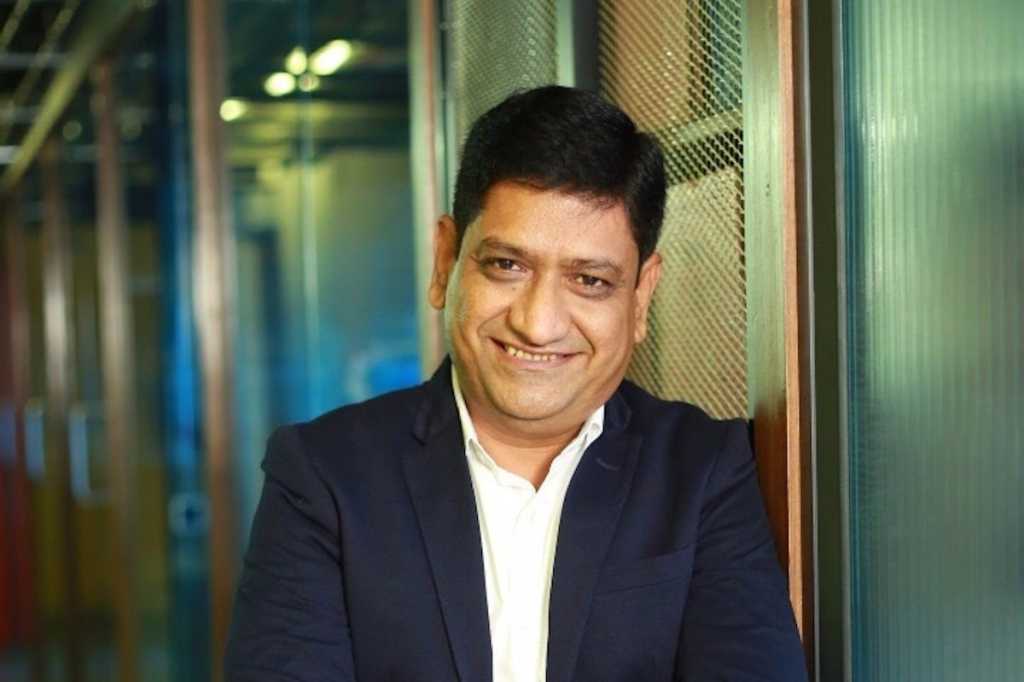 “Back in 2013-14 when AWS came to India, most of the cloud businesses happened through these foreign entities. Unfortunately, there were no Indian cloud providers who were as good as the foreign players like Google, Azure, or AWS,” says Peerzade. “When Yotta launched, Sunil Gupta (CEO of Yotta) and I kept sharing our vision of launching a purely Indian cloud infrastructure with each other. Hiranandani Group, the promoter, had the same vision so that India can truly be a digital India. That’s how I transitioned myself to Yotta.”

Peerzade has over 20 years of experience in IT, and holds a PhD in engineering with specialization in digital transformation from Dr. APJ Abdul Kalam Research Centre.

He says his new role is similar to his previous one, although it comes with added responsibilities. “It’s not very different from a CIO role. All CIOs need to make innovations happen, and so do I. The only difference is that now, if I create something, I have to lead its business as well. That’s the elevation I find myself into at Yotta. But that’s also what every CIO wants, they want to lead because they are always the best to lead any tech business.”

In this edited Q&A with CIO India, Peerzade shares the story of how he became a CIO, how he views the role, and why he moved on.

Explain your career path. What has been your greatest career achievement?

Peerzade: It’s been a roller coaster journey so far! I started as a customer support engineer and today I head the business and cloud division at Yotta. I had the good fortune to have always been a part of a team that created something from scratch. At Hathway, I created an entire ISP ecosystem. In the BFSI sector, (ICICI bank), I set up the first disaster recovery center of India when the government mandated banks to have disaster recovery. At Disney, which was UTV earlier, I created the largest animation studio in India.

There were so many firsts at Reliance! The entertainment unit was just a startup at that time, and that’s where my cloud journey began. I created the first analytical setup for the gaming business and also started the social media agency for gaming at Reliance.

Peerzade: There were two difficult decisions I had to make. The first one was taking the risk to adopt cloud technology back in 2013. It was a tough decision because AWS wasn’t popular and there was no guidance one could look for. I had to take that risk, but I successfully create something out of it.

The second decision is from a career point, and that is leaving Reliance and joining Yotta. Although the profiles are similar, I’m now at the other side of the table, where I’m responsible for the business part as well. My first decision was an absolute success, and I’m confident that my second decision will succeed too!

Peerzade: I’ve had so many mentors in my journey. One of the best pieces of advice I got was from my mentor at Hathway, who said if you can’t manage to make your family happy, you can’t make your team happy. Work-life balance is a very important aspect, and everyone should strike that balance. The other notable advice I received was from my mentor at Reliance, who said there is an opportunity in every difficulty. Looking at every problem as an opportunity has helped me through difficult times.

Peerzade: I think now I’m at a good place because I’m doing what I wanted to do for many years—creating as well as leading something. I don’t know what lies in the future, but my priority is to concentrate on what I’m doing now and succeed in it. A lot of stakes are involved, and I’ll see where this takes me.

Peerzade: You need to be a coach and not the boss. I have been mentoring for many years now as my principle has always been to create a second line of leaders. It helps the organization grow and also helps in the career growth of your employees that trust you. Being just a leader is never enough.

Fifteen years back, an IT leader was in a support role, which is no longer true now. Today, every CIO has to become a business leader. CIOs need to educate themselves with the business language. They need to come out of the ‘we-are-only-support’ kind of mentality and get involved more with the CFOs and CEOs to understand the business.

When a CIO presents an innovation to the board, they need to factor in numbers along with the technology which is already their forte. When you do this, you will eventually get on board.

Peerzade: The biggest myth that needs to be debunked is that the CIO is a support role, or that IT is a support function. Maybe a reality earlier, it’s no longer true today. There’s also a common misunderstanding that when a CIO brings in technology innovations, it is just for the sake of it, and it isn’t aligned to a business goal. Most CIOs bring technology to the table only after thorough analysis to contribute to the betterment of businesses.

Peerzade: It all depends on the organization’s culture. You have to coach and mentor your employees and give them the right career advice. Allow them to be innovative because everyone in IT wants to learn something new and wants to grow as well. As an IT leader, you need to make sure your people think about the business as well and act as a business leader rather than just a support leader. Give them that confidence.

CIO India: Looking back with 20/20 hindsight, what would you have done differently?

Peerzade: I wouldn’t do anything differently in the past few years. The outbreak of the pandemic was a difficult time for every organization, but because of the technology I brought in earlier, the business stayed afloat so I believe I did the right thing.

CIO India: Most people don’t know that I…

Peerzade: … am a Sanskrit pundit and a Hindi Vidwan. I can fluently speak Sanskrit and Hindi. I am really fond of learning languages.

Peerzade: I’m a film buff. At one point I wanted to be a film director. If I was not an IT leader, I would get into directing films. I still keep that ambition with me!