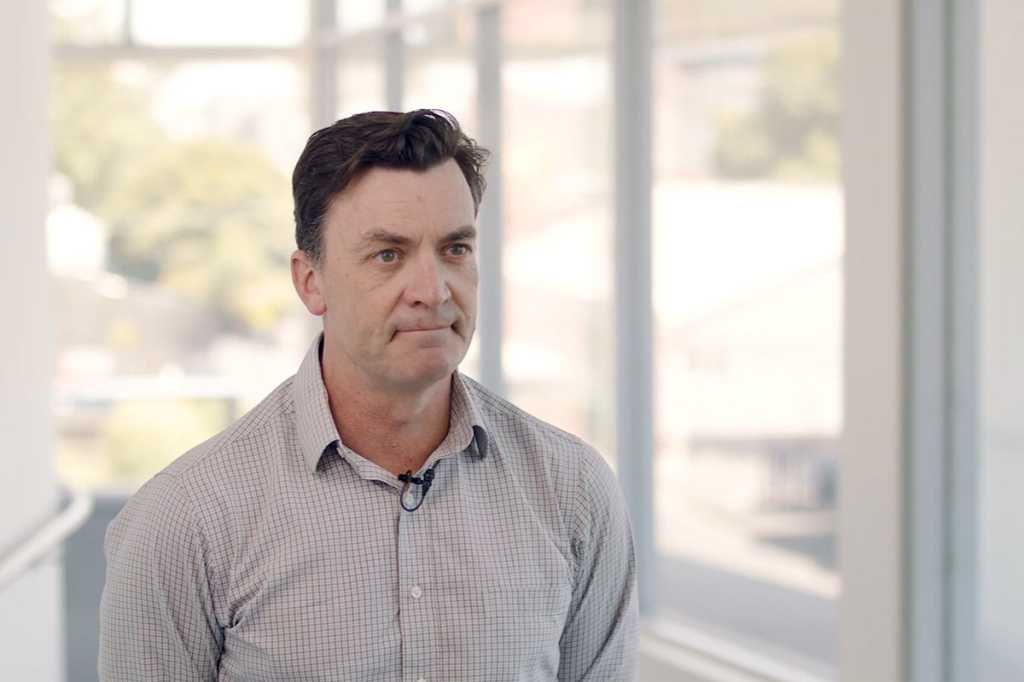 After spending more than 20 years in various senior tech roles with Target Australia, Andrew Macfarlane had to strap himself in after making his foray into the health sector three years ago. A year after joining Geelong-based Barwon Health as director of technology and communications, he moved just one rung from the top job after being appointed interim CIO in June 2019.

In September 2019, Barwon became one of several regional health agencies in Victoria to fall victim to a sophisticated cyberattack, which caused huge disruption across one of Australia’s largest regional health consortia, the South West Alliance of Rural Health (SWARH).

The breach saw access denied to several key systems across multiple hospitals and health services, including financial management, putting many patients at serious risk with critical healthcare staff across the region stretched to the limit. The mopup process was lengthy, during which Barwon and other SWARH agencies’ hospitals and medical facilities were forced to revert to antiquated paper-based systems until digital services were restored.

In late 2019, Macfarlane’s efforts were rewarded when he was promoted to CIO of Barwon Health, at the same time as being handed the even broader job of CIO at SWARH. Formed in late 1997, SWARH is an alliance of public health agencies covering an area of some 60,000 km sq across southwest Victoria. It connects all public acute hospitals and associated health services from the west of Melbourne to the South Australia border.

The responsibility of managing such an extensive and complex network of digital systems supporting large numbers of patients and healthcare staff isn’t something MacFarlane takes lightly.

Macfarlane recalls not long after joining Barwon learning of a watershed moment for the Australian health sector back in 2006, when outdated systems and processes were blamed after the actions of an intern caused the death of a patient undergoing treatment at a rural hospital in Victoria.

“Processes weren’t up to date,” Macfarlane tells CIO Australia, explaining that the tragic event led to a distinct culture shift throughout Victoria health, encouraged new thinking, and created a commitment to building the best digital systems and policies.

Today, it’s the COVID-19 pandemic that causes Macfarlane to not take the role lightly. Eighteen months ago, the start of the pandemic saw him and his team—both at Barwon and SWARH—frantically scramble to enable work-from-home, enable telemedicine, and quickly stand up systems to manage quarantine and infections as the number of COVID-19 cases across Victoria, and especially in the capital Melbourne, rose quickly from March 2020.

Being in the eye of the storm trying to deal with the cyberattack in 2019 definitely helped make Macfarlane more battle-hardened than perhaps than many of his peers when COVID struck.

And one of the key lessons he learned from it is the value of creativity and ingenuity when faced with a crisis. “One thing you learn in health is that clinicians are really smart, of course, but they’re also ingenious, even entrepreneurial”, he says.

It’s a key observation from a retail tech veteran who is now bringing his expertise in managing huge data sets and customer—insert ‘patient’—numbers to better understand their needs and wants, and ultimately improve the quality of care. “Retail and healthcare are not that different,” Macfarlane says.

However, he admits that while healthcare organisations increasingly use language like ‘customer-centric’, the reality is still quite different in practice, even in 2021. “You’d have thought that might be a given, but it seems to be a relatively new concept in healthcare,” he says.

Since taking the top tech job at SWARH, Macfarlane has overseen development of a new cloud-based document management system developed by Prompt Documents, which has improved real-time care by enabling broader and easier access to patient information on any device.

Macfarlane says virtually all of SWARH’s systems and data are now live in the Amazon Web Services cloud, freeing him and his team up to do more meaningful work. “Since moving to the cloud we haven’t needed to worry about the back-end stuff,” he says.

Key projects now include upgrading current EHR (electronic healthcare records) systems linking the various health organisations and giving doctors better access to personal information leading to better healthcare outcomes. Macfarlane says he’s also looking at options for automating what he admits remains a high number of manual processes. “There’s still a heck of a lot of manual stuff we do, especially for things like rostering and managing leave,” he says.

A big part of Macfarlane’s remit is to take account and bring together large numbers of disparate digital systems that have sprung up across SWARH, including what he estimates is more than 400 apps.

“Things have grown organically, and we still don’t have core applications in place,” he says, adding there’s been lots of duplication too. And adding to the challenges of managing multiple IT systems, the health agencies under SWARH are spread across a vast geographic area, with many metro hospitals operating from two or more locations, while Barwon Health alone has 21 sites.

Like many healthcare organisations, SWARH is struggling to extract itself from legacy manual processes and evolve into a fully integrated digital environment, with one of the biggest challenges being ensuring both worlds continue to operate throughout the transition. “We’re running at two speeds now, desperately trying to manage business as usual stuff”, Macfarlane says.

Once things become more stabilised, he plans to focus his and the team’s attention on harnessing more sophisticated data-analysis technologies like artificial intelligence and machine learning. Already, SWARH has been working with Melbourne’s Deakin University for the past few years on various data analysis projects including for greater deep dive analysis of operational reporting. “I wouldn’t say we’re especially mature there yet but we’re at the stage of saying let’s create the right architectures,” Macfarlane says.