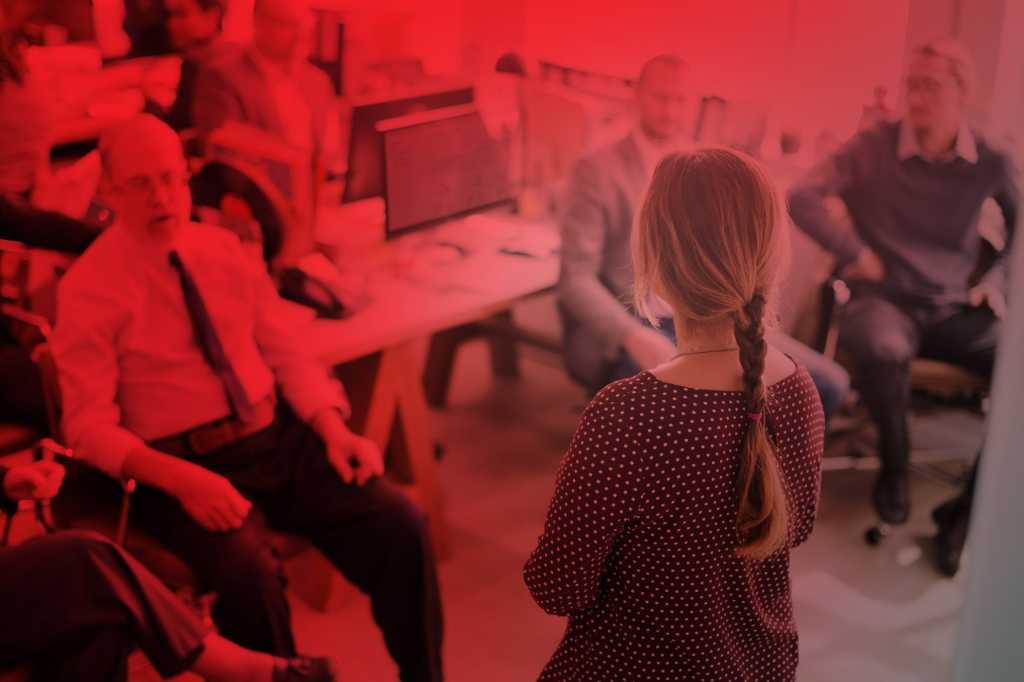 So much more is being asked of IT leaders after what has arguably been the biggest business disruption in recent memory. CIOs are tasked with deploying digital initiatives often while reducing costs, ensuring cybersecurity and compliance measures are in place, supporting innovation, and enhancing customer interactions, to name a few.

“What we’re hearing from companies and CIOs is they are not just doing what they’ve always been doing. Their skillset is really becoming broad and very business-oriented,’’ says Stephanie Woerner, a research scientist at MIT’s Sloan Center for Information Systems Research (CISR). “Work has changed dramatically, and expectations of how your company is going to operate have changed. If you’re going in with an attenuated skillset … you won’t be able to deal with these new demands.”

Jason Pyle, managing director of IT recruitment firm Harvey Nash USA, says IT is no longer like a utility company in control of every technical detail the greater organization uses. “Today,” he says, “much of what IT does might be better described as a ‘watering hole’; a place that attracts, unites, and gives fuel to often quite disparate groups of people who are there by choice, not compulsion. For the CIO, the difference can be radical; control is replaced by influence, structure by fluidity, certainty by ambiguity.”

As the need for technology changes so do the demands and skills required for a CIO, Pyle adds. The Harvey Nash/KPMG CIO Survey 2020 revealed that more CIOs have “moved on” from their role than left of their own accord. “It is tough being a technology leader,” he notes.

Here are seven traits of highly effective digital leaders — those who have not only brought their organizations through the pandemic but have the skills necessary to thrive well into the future.

With a focus on deploying more frequently and iteratively when eliminating manual processes, being able to adapt is a skill that John Elton, CIO of TIAA Bank, says helped him significantly during the pandemic.

“My mindset was shifted to start looking at the internal processes in more detail and working with [the lines of business], which was a fairly big shift,’’ Elton says. “Not that we didn’t do that before, but … being able to adapt and change the focus has been a game-changer.”

Digital initiatives are “never ending,’’ Elton adds. Adaptability is especially important now that “the idea of a digital project has gone by the wayside and it’s more about digital products.”

One facet of adaptability is in how you communicate. Elton says part of being a leader is adapting to IT’s “different perspective on the way they get work done. So the way we’re communicating with teams and motivating them needs to shift.”

Another form of adaptability is being able to make technology shifts and doing so without disrupting other initiatives and strategies under way, he says.

On a personal level, Elton says he has been working to adapt from being an introvert to an extrovert, especially during the pandemic. “I have had to focus on that three times as much and putting myself on camera and being engaged — it’s much more of a deliberate activity.”

Part of being adaptable means being able to cope when things don’t go as expected. A successful CIO is happy to start on digital journeys where the endpoint is not 100% certain, says Pyle.

“They can live with change and they embrace ambiguity,’’ he says. “This can often sit uncomfortably with their governance remit, but successful CIOs have the ability to be both Jekyll and Hyde, promoting experimentation and agility, [while] making sure there is a framework that manages the risk.”

“You measure your success in adoption and uptake versus just going live and pushing the ball over line,’’ he says. At the end of the day, it’s critical to understand who the stakeholders are that will benefit from a deployment, he says.

In the CRM project, “we got a little away from that and had to reset a bit to say, ‘Who are we trying to benefit and it’s not just us as tech enablers.’ When we did that, we were able to build better bridges to form better hypotheses.”

Transformation, Hu says, is fundamentally about relationships. “In this case, we had to invest more time and needed more business participation in getting their perspective. So relationship building is a good muscle skill you have to use.”

Part of that means having “contextual awareness” and learning to meet business colleagues where they are and speak their language, Hu says. “The quickest way to get the business to disconnect is to bring them to the table and then you lose them” if you’re trying to get them to speak the language of IT.

Hu says he leaned on his consulting background to focus on better relationship building “and switch contexts and wear different hats.”

Connecting with the business is also a key skill for David Behen, vice president and CIO of La-Z-Boy, as his company undergoes its digital transformation.

“The ability to understand the business partners’ needs and collaborate with them on business processes and technology solutions has defined our success,’’ Behen says. “Anyone can acquire this skill by maintaining relationships with their business partners. Creating structure and processes allow you to build and sustain that relationship, instead of just coming together during a project. It is engrained in the culture, cultivated by building great relationships and being accountable to your customers.”

Overseeing digital transformation at Raytheon Intelligence and Space has helped Wallis Laughrey, vice president of strategy and chief transformation officer, strengthen his communication and collaboration skills. RI&S is in the throes of a multiyear effort to re-engineer its business with new technology and modernize business processes to drive speed, agility, insights, and efficiency, Laughrey says.

“Being able to clearly communicate our goals and tactics and explain how every single employee plays a role in our digital transformation … is helping establish a solid digital mindset and language to drive understanding, collaboration, and ownership,’’ he says.

Part of the digital transformation journey is about embracing new ways of working as a team, Laughrey says. Communication plays a huge role in that as well, he says.

“My cross-functional digital transformation team meets weekly to go over deliverables, review data and metrics, and establish next steps. These engagements are crucial because they allow everyone to update the broader team on where things stand,” he says.

A CIO’s value is derived from the trust and partnership they have with the business, and that requires the ability to communicate and collaborate, agrees Pyle.

“The CIO role is one of the few roles that has genuine connection across the entire enterprise,’’ he says. “Moreover, the CIO is often seen as one of the most trusted executives, comfortable being honest and objective with their views.”

A key part of communication is the ability to negotiate with internal and external partners, says CISR’s Woerner. CIOs must also be able know how to motivate others.

“The good CIOs know what digital can do for their companies and the very best ones will know what the risk of not doing something is and will motivate their executive team and their reports to really transform,’’ she says. “They really need to have this motivation; this ability to translate vision into action.”

Truist is the result of the merger of BB&T and SunTrust banks and its new digital banking experience will be launched later this year. CIO Scott Case has been through a lot of mergers, and while technology rapidly evolves, he says the core skills of success always center around how to improve the client experience.

“Clients always need to come first, and that will never change. So from a skills perspective, empathy — the ability to put yourself in your clients’ shoes — is one of the most important skills to develop,’’ Case says. “Empathy is critical to bridge the gap between evolving client needs, new problems, and products and services companies create.”

People’s expectations of service providers, including financial services, have drastically shifted and been intensified by the pandemic, Case says. “For example, we went from having to walk into physical locations to immediate gratification of needs on a mobile device, whenever and wherever the need arises.”

The way most companies address a shift creates a disconnect between how they create products and services versus what their clients expect or actually need, he maintains. “With empathy, we’re not trying to take solutions and find problems. We’re trying to find and understand clients’ problems and then co-create tailored solutions.”

Raytheon’s Laughrey says one of his personal philosophies is “that every person can be a teacher to someone.” It also means “everyone is a customer to someone,” and taking that viewpoint is a reminder to be empathetic toward others’ needs.

Capable of cultivating a culture of collaboration

Another key skill for CIOs is the ability to create a culture that empowers teams, encourages experimentation, incentivizes collaboration, and measures the performance of a team against business outcomes, not IT metrics, Pyle says.

Laughrey agrees, saying “culture is at the core of RI&S’s digital transformation and communication plays a huge role in developing a positive, digital-focused team culture. It’s a top-down, bottom-up effort and cross-functional collaboration is key.”

He says it is “important to me that everyone, regardless of job function or where they are in the organization, understands what we are trying to accomplish, and feels empowered to raise issues early and bring forward ideas to achieve our goals.”

“Narrowing our internal communication focus to these three items has helped break down silos, foster a culture of collaboration, and establish the foundation for a common vision and language that catalyzes greater speed and synergy across the business,’’ he says.

While CIOs are “fanatical about creating technology that makes a measurable difference to the bottom line,’’ they know they can only gain board influence if they can talk the language of the board, Pyle says.

“Market share, growth, risk, entry into new markets, customer engagement, agility, innovation are all on the agenda of boards across the world,’’ he says. “CIOs need to frame everything they do in these terms.”

Lenovo’s Hu says he admires and is “endlessly fascinated” by people who can “weave a compelling narrative.” This is a very important skill because it sets the stage, energizes an audience, and excites stakeholders and customers, he says.

“I’m always working on how can I tell a more compelling story on the journey we’re working on,” he says.

With that comes feedback that is sometimes negative, but important, Hu adds.

“Storytelling aspects are undervalued, but the reality is, great work does not always speak for itself. If you can pare it with a great narrative that has a great hook.”