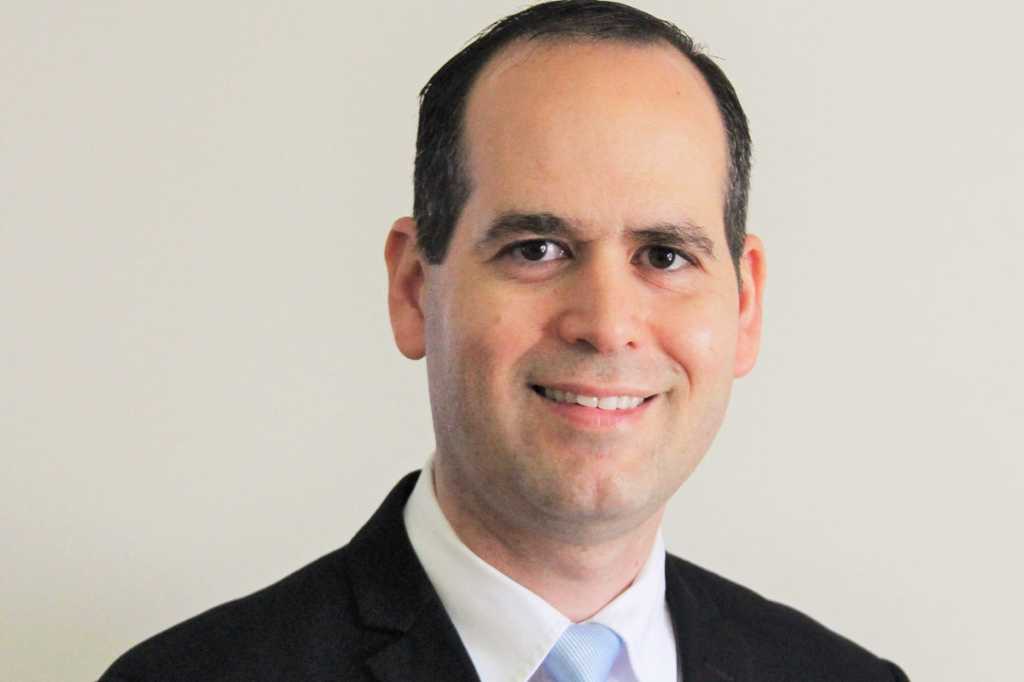 Lying awake one night back in the early 1980s as the rain pounded the leaking corrugated iron roof of his cramped home in the São Paulo favelas (slums), a seven-year-old Jorge Silveira resolved he was going to take responsibility in striving for a better life for himself and his family. Mum was an underpaid school teacher, while Dad was an even worse-paid traveling salesman. The wolf was never far from the door, and Silveira recalls the day his family car was repossessed after his father was unable to pay the exorbitant repayments demanded by local loan sharks, or agiotas.

“I grew up where life was something you fought for; nothing was taken for granted,” he tells CIO Australia. Crime—especially drug-related—was everywhere, beckoning young people with the temptation of an easy way out. “I could see how drugs and crime and weapons were dominant around me where I was growing up and I didn’t want to become a statistic.”

Silveira soon discovered he had a talent for painting and began producing works in the fashion of Brazil’s ipiranga market tradition, which involves paint and layering with plaster, giving the effect of bas reliefs. With his mother accompanying him to local markets, he managed to sell a lot of work to impressed locals and soon opened his first savings account.

A few years later came the most important opportunity in Silveira’s life: the chance to apply for a scholarship to one of the country’s top schools, for which there was only one place for every 30,000 applicants. “I was super excited to try for that and I studied my backside off.” Suffice to say, he was accepted. But the hard work continued, including waitering in the school cafeteria serving his better-off classmates in between lessons to pay for his own lunch and his books and other materials.

While clearly an artistic young student, Silveira had also always harboured an interest in tech, which saw him graduate with a diploma in electronics.

His first job was with leading Brazilian technology giant, Itautec. Pretty soon he was moving up the ranks, progressing from junior electronics technician to taking on Level 2 roles, and then after only a year becoming the ‘escalation point’ for VIP customers, which included high-profile Brazilian executives, government departments, and famous celebrities needing help with their dialup internet and PCs.

After two years, Silveira accepted a position with General Motors which—looking back—marked the point at which his CIO career really took off. Starting work on the corporate giant’s electronic data interchange (EDI) systems, he soon joined the team that would be responsible for building GM’s—and the automotive industry’s first—global supply chain portal. Silveira was then promoted to GM’s tech systems lead for Latin America, Africa, and the Middle East, with responsibility for onboarding more than 2,000 suppliers, most of which were still using fax.

Effectively now a regional executive with one of the world’s biggest corporations, Silveira figured it was probably time to learn English, a task which the enthusiastic fast learner accomplished in just six months. An important ability for any ambitious global executive, learning English also opened up a new personal path for Silveira, who managed to apply his new linguistic skills in wooing an Australian woman living in São Paulo where he still spent much of his time. Not long after, the couple agreed they would move to Australia.

Landing in Melbourne, he took on a role with Boston-based travel communications company Ekit, which he admits some might have viewed as a let down from the heights of GM. “But the role taught me a lot allowing me to get involved in technology projects, focussed on usability analysis and CX [customer experience], while getting me interested in programming and mobility”.

Four years later and the adventurous Silveira was introduced by his sister, Maria—by now a successful defence sector executive in her own right—to a contact in the United States. The contact was working on a world-first commercial product to implemented the US National Security Agency (NSA)-approved hard drive single-pass ‘secure erase ’overwrite method, and was looking to recruit talented techs to stand up a solution that would allow the forensic erasure of hard drives.

Not asking too many questions, Silveira agreed to a meeting where he was showed the early-stage foundations. “What I saw was the equivalent to destroying information beyond forensic recovery. There was nothing else like it in the market at the time, and I thought, ‘This is a game changer’.”

At the time, Silveira was toiling away at night school finishing off a bachelor’s degree in business information systems at Melbourne’s RMIT, which saw him working from 7 a.m. to midnight every day with his day job. “I ended up agreeing to join them”.

The product was successfully commercialised, with Silveira securing contracts with law enforcement and security agencies in Australia, New Zealand, Italy, and Brazil, later receiving an industry award which was subsequently reported under the headline ‘How James Bond would wipe his hard drive’.

Following this, Silveira had a brief stint working with an auditing firm contracted by the International Air Transport Association (IATA) in Australia to help with monitoring, compliance, and verifying aviation credentials.

For someone who had spent years leading a major digital transformation in the data-intensive yet technically challenged automotive industry, then working in travel and mobility, followed by high-end data security and then aviation, Silveira was far from lacking lucrative options in the big cities.

Yet even though his new home of Melbourne was a sleepy hollow compared to the favelas of São Paulo, he and his partner set their sights on a quieter life in regional Victoria. Settling with her in Wangaratta, Silveira quickly became interested in rural health—or, more to the point, the absence of it beyond the main metropolis of Melbourne.

It was now 2004 and the Florey Institute of Neuroscience and Mental Health was looking for people to help it build a state-first telemedicine network supporting stroke victims in rural and regional Victoria. Stroke is one of the biggest killers outside of Australia’s major cities, for a range of reasons including poor awareness, poor access to testing equipment, and limited ambulance fleets stretched over vast territories.

Rolling up his sleeves yet again, Silveira got to work with a small team of like-minded professionals trying to make a difference and supported the deployment of a state-wide telemedicine network linking 16 regional hospitals. A few years later, Silveira could call himself a genuine health technology leader after being appointed CIO at Goulburn Valley Health and Northeast Health, where he immersed himself in more detailed “strategic and operational plans”.

But his real passion remained harnessing technology to help people during their times of greatest need. In that, Silveira distinguished himself, leading the development of a digital electrocardiogram (ECG) system in northeast Victoria that has been credited with saving countless lives and optimising scarce resources, and which earned him a place in the 2020 CIO50 Australia awards. “What fascinated me was the power I had in my hands to solve big problems, especially the fact that people in the regions weren’t getting the care they could potentially get,” he reflects.

Now 12 months in as the global CIO of a Top 5 global provider of assisted reproductive services, Virtus Health, Silveira is contemplating today’s latest digital technologies as having the ultimate power—to create life—as he and his team beat a path to becoming world leaders in applying artificial intelligence, machine learning, and others smarts to help couples who wouldn’t otherwise be able to have families.

“We have built a digital interoperability fusing best-of-breed healthcare models with a consolidated approach to presenting data and information for the patient and their treatment life cycle,” he says.

Specifically, the Virtus Health process involves embedding AI use cases in the clinical workflows, playing a critical role in augmenting human clinical decisions to find the best pathway for each individual, and bringing together data that were previously only loosely integrated. “We’re throwing every bit of technology at it to make it work,” Silveira says, “leveraging the capabilities of the best people in particular fertility domains and presenting all of their information within the one system and within the context of fertility treatments.”

Largely thanks to the digital model he and his team have built, Virtus Health can claim to be one of the most successful fertility companies in the world. On 23 August 2021, Virtus took another important step buying one of its main competitors, Adora Fertility, in a $45 million deal.

For Silveira, there’s a romantic sense he has working in this latest role, reflecting on the long journey he’s taken from the São Paulo favelas where life is often cheap and fleeting.

But more practically, he’s grateful having had the good fortune to work in a variety of industries where technologies for better managing complex information have been so transformational, from automotive to cybersecurity and national security, travel, aviation, healthcare, and now fertility.

And if he gets to help create—or save—a life along the way, well that’s certainly a special added bonus for any professional, let alone a CIO.