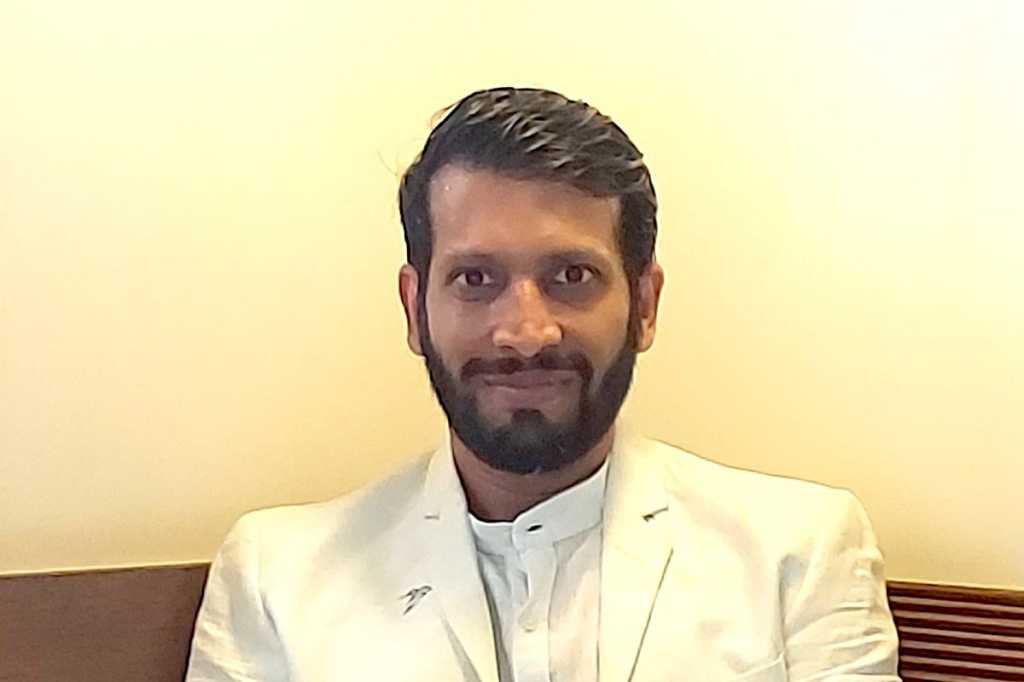 Kunal Mehta has worked in IT for over two decades, much of it leading the IT function in retail and fashion businesses including Reliance Retail, Star Bazaar, and Raymond, where he was head of IT. Although he enjoyed the challenges those roles provided, he was looking for more variety.

Now program director at IT services company Tata Consultancy Services, Mehta talked to CIO India about his journey so far, and why he quit the CIO career track to work for an IT service provider.

Here are edited highlights of CIO India’s interview with him.

CIO India: Tell us about your career path before joining TCS.

Kunal Mehta: I started 21 years back, as a programmer with a start-up. When you are working with a start-up you end up doing everything from documentation to coding to training the customers. It was interesting and one of my best experiences. When you have a tough task master as a boss in your first job, it helps a lot. That’s how it all started for me.

My second opportunity was working with SAP. That was way back in 2004, when SAP was just starting off with a lot of Indian organizations. That’s when I joined [plastic furniture manufacturer] Nilkamal as a techno function consultant. I worked with them for a year. Once the implementation was done, they were quite happy with my work. They told me they had a new venture in retail called At Home, and they wanted me to head the IT team. That was my second opportunity. I got elevated from being a team member to driving a huge project. That is also how my retail journey started, back in 2004.

After that I worked with Reliance Retail for one-and-a-half years, and later with [Unisource Worldwide, the Indian procurement hub of US clothing retailer] Steve & Barry’s. I also worked for over seven years with Trent Hypermarket, [a joint venture of Tata Group and Tesco].

What really helped in these roles was that you got to work with good people around you. There was an opportunity to grow in each one of these roles. At Trent, I had started off as a senior program manager and within two-and-a-half years I was elevated to head of IT for one of its business units, Star Bazaar. Each one of the roles allowed me to grow within the organization. After that, it was Raymond. This was a big opportunity for me. It was a mix of retail, textiles, and manufacturing.

CIO India: For a while last year, you ran your own business. What did you learn from that?

Mehta: It was a very interesting period for me. I thought, let me try consulting, and see how it goes. The day I quit, I was flooded with work the very next day in consulting, from people within the retail sector and outside. Running your own business is a wonderful opportunity to work by yourself and get recognized by people for what you do. It gives you a lot of motivation to keep trying to pursue what you are doing.

CIO India: What was the toughest decision that you made in your IT career, and how did you make it?

Mehta: The toughest phase was last year. It is never easy to leave a cushy job and do something by yourself, especially in the pandemic. The motivation was, if I don’t do it now, I probably will never be able to do it again.

CIO India: What did you enjoy the most about the role of IT leader?

CIO India: Why did you decide to take on a different kind of role?

Mehta: I felt that I had plateaued in my existing role. Though the work being done was transformational from the organization’s standpoint, I personally did not see myself growing. If there is one thing the pandemic taught me, it was to get out of my comfort zone and do things differently. And what better way than to work once again with the Tata group and TCS, especially when it is working at the forefront of a lot of exciting work in retail within the group and across geographies.

If I go to the other side of the table, I will probably appreciate technology much better. I can get to work with even better clients. There will be better exposure, and probably improve my overall career path.

CIO India: What are the prospects for career mobility for CIOs?

Mehta: As a CIO, the prospects have definitely improved. CDO roles have come up in organizations, as have specific roles such as CISO. CIOs who are very well connected to businesses have an opportunity to have a board seat too. However, you need to prove yourself, as it is still a long way to go. The pandemic has helped a lot of CIOs. People listen to them more, if they are good. They may even go on to become the CEO of an organization.

CIO India: What would you have done differently in your career?

Mehta: Honestly, nothing! Those risks taken earlier, they have really helped me understand myself better, personally and professionally. It also helps appreciate my community better. People reach out and tell you, if you are available, we want to work with you. Working from home allowed me a lot of time to spend with my family and do things that I couldn’t have done before.

CIO India: If you were not in IT, what would you do?

Mehta: I think, a chef! I am a good cook. That’s one of the things I would have considered. Another thing I like to do is running. That could be pursued as a part-time thing. I also enjoy interacting with people. I would have tried to pursue multiple hobbies. I still cook when time permits. I still do some running. I was a lot into mythologies. I started storytelling to my son. I am now doing a diploma in inter-religious traditions at St Xavier’s College: I am trying to understand the culture better.

CIO India: How did your groom the next level of IT leadership?

Mehta: I think, hard work! Also, the habit of listening. A lot of times, CIOs don’t listen enough, or don’t interact enough with the business. IT as a department is always aloof. Nobody comes to you unless there is a problem. You have to learn to put yourself out there. I also collaborated and came up with solutions that helped.

CIO India: How did you work to achieve IT-business alignment?

Mehta: Collaboration is the most important thing. When you also say no, the business also starts appreciating. You need to work very closely across the chain. You need to have an open-door policy as a CIO. People should be able to walk into your room and discuss things to work better together. CIOs also need to listen better to their vendors and team members.

CIO India: What myths about digital transformation, the CIO role and IT management would you like to debunk?

Mehta: The CDO role and digital transformation is an overkill these days. A lot of organizations don’t even understand what they are talking about. CXOs hear about something, and then, they also want to do that in their organization. Whether there is a business plan or ROI case around it, none of that is taken care of. That’s where you probably need to kind of chip in.

It is a myth that once digital transformation happens, business will start growing. I don’t think that’s the truth. As far as IT management is concerned, you should leave it to the CIOs to figure out how they are going to run their department. In today’s world, unfortunately, everyone is a CIO! There are about 50 apps on the mobile phone today. That probably gives the right to everyone to question what the CIO is doing. That’s not the case! Remember that running an IT department in an organization is very different from reading articles.

CIO India: How do you build motivation and culture in the IT department?

Mehta: You have to hire the right kind of people in your team. You believe in what you do, and also work together. I have been very lucky to work with amazing team members. There are also vendors with whom you work. They are equally important. Your partner ecosystem needs to be very strong. That has really worked for me. You also put trust in them.

The people that you hire, they are domain experts, and not experts in everything. You need to understand when they come back and tell you: this is how the problem needs to be solved. You can give direction, but you also allow people to grow and breathe by themselves. It has always been important for me to lead and motivate. I have been fairly independent in my roles. I believe that everyone else also needs that opportunity to grow and do things their way. As far as the direction is known, you just have to leave it to people to try and do things for you.

CIO India: What is the best career advice that you have ever received?

Mehta: That was way back in 2011-12. I never had an issue where one could come and tell me that I was not doing a good job. Once, there was a 360-degree feedback taken on me. I received terrible feedback. Everything relating to my work was great, but everything relating to me was red. My boss said that people were scared of me. I asked: why are they scared of me? He said, you are very good at your job, but you have a habit of saying no a lot of times. You still have to listen to people and give them the right reasons for not being able to do some work.

I had to change my approach of communicating with people. The next time I took the review, I came out with flying colours. That really helped me!

Post that, my job as a CIO became much simpler. Everything that I was doing was actually the business coming in and saying yes or no. Since then, it is my policy that every project that I do is a business project. The business drives it, and you are an enabler.

CIO India: What advice would you give to CIOs looking at their own career path?

Mehta: Look back and see how you can prolong your career. It’s never easy to change the path. It is the toughest thing to come out of your comfort zone and try something different. However, one has to do it at some point of time. Look back and ask: is this going to motivate me for the next 5-10 years? If not, take the decision now. It can be more difficult once you cross a certain age.

Aanchal Ghatak writes about technology and the technology business in India for Computerworld and other IDG sites, including about artificial intelligence, cloud computing, and digital transformation.