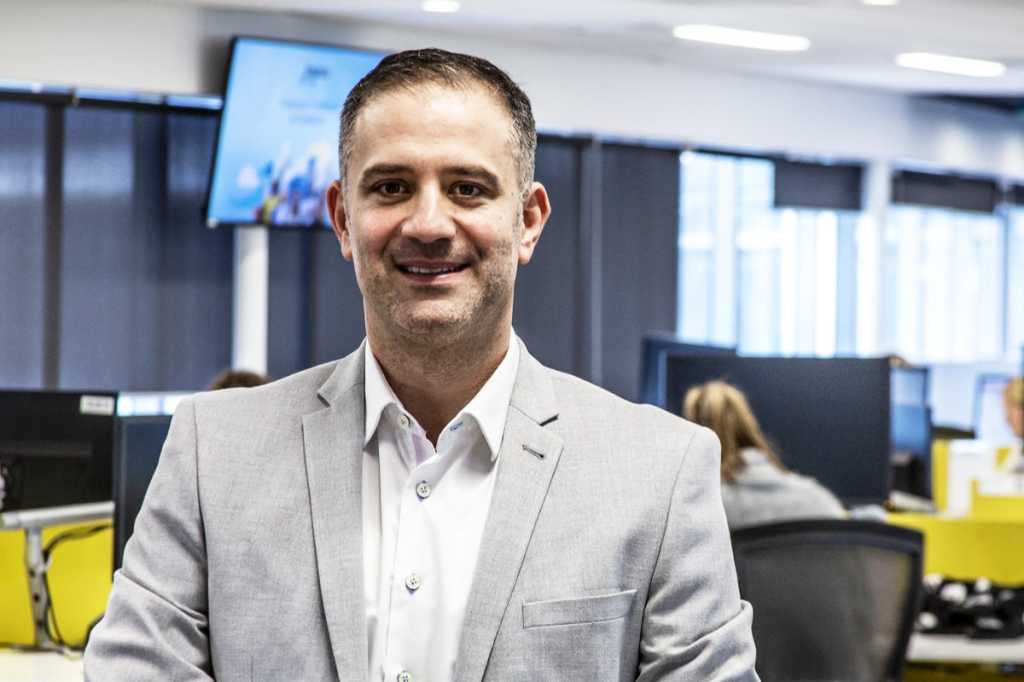 Vodafone New Zealand CIO Andrew Haddad did not have an auspicious start to the role two years ago. He arrived in Auckland with his family from Melbourne after an eight-year stint at the Australian national broadband provider NBN, and before his first day on the job he visited a Vodafone store to sign up for SIM card. While there, the two sales assistants told him they were quitting their jobs, in part, because of frustration with the IT systems.

Things didn’t improve during the first few days on the job. “In my first week, I think we had five major incidents. I had somebody making a change to our robotics platform in production, not having tested it. Our website went down, our app went down,” Haddad recalls.

Underinvestment in IT leads to poor outcomes

The IT team had the lowest staff engagement score in the business. The IT landscape was unclear and there were “on average 47 major incident a month, the majority of which were customer-impacting, and the big ones would go on all day. … Everything was just dead, and it just crippled the business,” he says.

Vodafone Group had put its New Zealand operation up for sale and it was some time before new owners, Infratil and Canadian firm Brookfield Asset Management, bought it in 2019 about the time Haddad arrived. During the time the company was on the block, there had been underinvestment and cost cutting, which hurt IT. The only way was up, but how to change things around?

“I just made operational stability the key topic in all of our meetings. Every time vendors came to speak to me, they would always get their blank piece of paper out and say what are your priorities so they can start selling to me. I would then ask them about their role in my operational processes and how they can help me,” Haddad says.

“And then I started to collect data. I must say, we were lucky enough to even have a register of 367 known problems. It would have been far worse if we didn’t have that register,” he says.

Boosting the presence of IT in the company

Haddad also noticed that, while he had a lot of talented team members, IT wasn’t getting the attention it needed in the business, and in part this was due to it being lumped in with the network function.

“A lot of telcos are doing this: They are bringing IT and network closer together as those technologies converge, and I think we tried to do that a little bit prematurely. Our new owners essentially changed that; they brought IT back out from under networks and I think that was a very positive thing, because it meant that we could balance the investment between our network and our IT systems,” Haddad says.

Haddad also gained the ear of CEO Jason Paris, who has promoted him to the senior leadership team, realising that IT is integral to achieving Vodafone NZ’s business objectives. “Once he looked at our [Vodafone NZ’s] top five strategic items, he realised that IT has a role to play in all of them—and not just a supporting role, but a key role. I think that was an aha moment for him,” Haddad says.

New solutions for Vodafone NZ as it separates from Vodafone Group

In the latest organisational change, the IT team grew—today, it consists of about 130 permanent staff, with an additional 130 contractors and a few hundred working for vendors. But there is a lot of work to do as Vodafone New Zealand detaches itself from Vodafone Group. One of its biggest challenges is switching over from group’s ERP system (for finance, supply chain, and HR tools) to their own. “They [Vodafone Group] do a good job at controlling a set of systems that are used by 30-odd countries, but it’s somewhat limiting for us. We can’t make changes very easily; we have to request it from them, and usually it’s a no. We can’t simplify processes, we can’t automate some of these things,” Haddad says.

Vodafone NZ has a deadline of moving off Vodafone Group’s ERP by July 2022, and they recently “took a carve-out of Vodafone’s ERP, so now we have a copy of that and can start building on it and prepare it for a go-live early next year,” he says.

The intention is to move “from SAP to SAP”—to S/4HANA, SuccessFactors, and Ariba. They will also move to their own Microsoft E5 licenses, which includes Office 365 and all the cloud tools from Microsoft. “We are going with the strategy of SaaS-first, ultimately wherever possible, and cloud-first for any other applications, Haddad says. “I don’t think I have any real systems that are on-premises in terms of all the new stuff, it’s all pretty much cloud-native, SaaS, or hybrid.”

In terms of customer-facing systems, AWS Connect has replaced the old telephony system, and Vodafone NZ are rebuilding the website and mobile app, “so all of those fun tools are essentially going to be new tools.” They are also simplifying six ticketing items into one instance of ServiceNow.

There is also a big effort going into automating the back-end processes. Part of that is giving customers and front-line staff the same tools, but with different access privileges. “Instead of creating different channels for different users, we’re just trying to simplify the channel approach, and then just trying to automate all of the workflows down into the network for service fulfillment, service assurance and billing,” Haddad says.

Meanwhile, the systems that are integral to telcos—the BSS/OSS (Business Support System and Operating Support System—are with Comarch in Poland, with the platform being selected by Vodafone NZ, as announced last year.

Gaining and retaining IT professionals

New systems are only one part of the transformation. Ensuring IT has the right staff, and that there is high staff engagement, is the other. Haddad says it’s taken two years to build a full team of direct reports. He says he works hard as an IT leader to create a “quality team environment”, which starts with good recruiting practices. “I try to make sure we aren’t rushing the process and we are really crystal-clear on our job descriptions. Attracting and retaining is really hard; it feels like it is a bit of a leaky bucket, where you are filling it up and then its just walking out the door,” he says.

Haddad deploys a mix of strategies, including ensuring they are meeting the needs of key individuals in the organisation, speaking regularly with people leaders, and ensuring everyone gets the right training opportunities. Then there is the emphasis on having a little fun: “At a team level, we are trying to do more in terms of social and celebrations. We are working so hard with all our programmes, but we’re getting better at pausing to celebrate.”

Haddad has five key metrics, which he displayed during a TUANZ presentation recently. They are digital channel availability, time to market, staff engagement, new ways of working, and budget variance.

He says moving the dial in the right direction is the goal, not hitting an exact metric. “I try to highlight iterative improvement and—whilst the business is always after quick, fast, big-bang change—I try to remind my team to not get too excited by that, that it will come. Instead, I want small iterative improvement in this direction; that’s what will get us there in quality.”