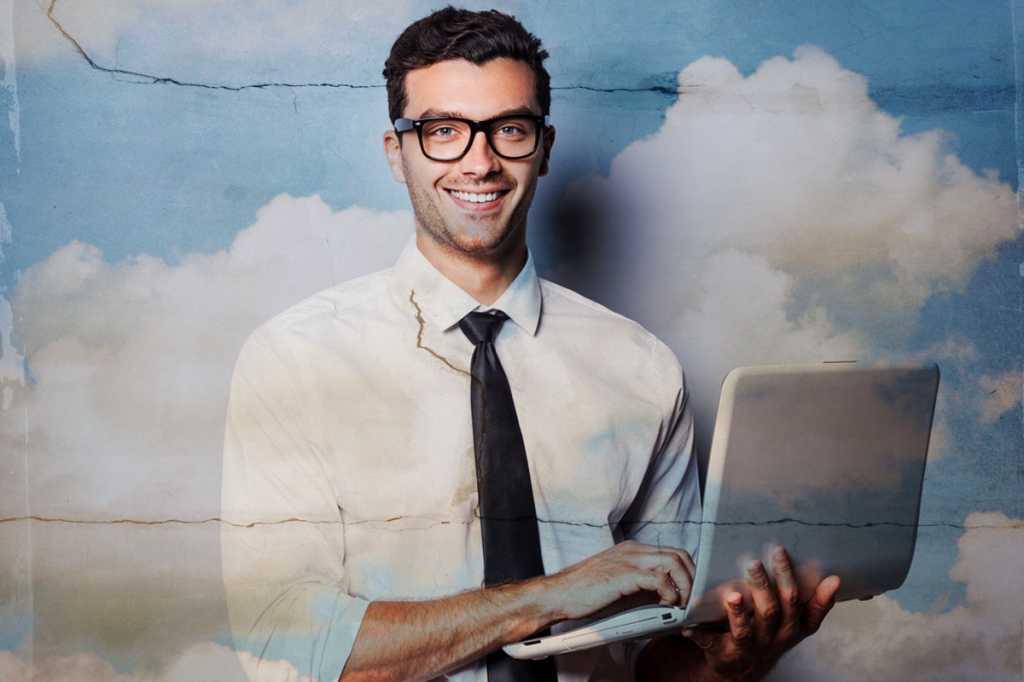 More than a decade into cloud adoption, CIOs still report that a lack of the latest needed skills has slowed or stymied their cloud strategies.

One recent report, for example, found that the lack of in-house skills was a top inhibitor of cloud programs, coming in at No. 3 just behind cost and security concerns. Indeed, the State of Cloud Strategy Survey from HashiCorp found 41% of respondents listed the in-house skills gap as an issue, while 57% said the overall skills shortage is a top cloud challenge.

That’s not surprising, experts say, considering how many specialized skills are needed to advance and mature an enterprise cloud strategy.

“This is about more than developers,” says Bill Franklin, senior director of cloud engineering at tech services provider Avant Communications. “Teams need architects — those that can conduct security operations, network, and compute — who know the cloud environments and can evaluate and optimize them. Additionally, you need resources from various places that can help to control costs in the cloud. If you’re evaluating cloud — and most businesses should be — then you need these skills urgently.”

He adds: “Without these skills, efficiency, team productivity, and progress in the cloud will falter, especially in an industry that’s growing as fast as this one.”

So what are the essential key skills needed for a successful enterprise cloud strategy? Below is a breakdown of the top 10.

Many IT leaders accelerated their digital transformation initiatives during 2020 — work that translated into more cloud adoption.

Figures from the 2021 Cloud Infrastructure Report from tech company CloudCheckr confirm that trend, with 57% of respondents having more than half of their infrastructure in the cloud — up from 47% the prior year. Moreover, 64% said they expect to be fully in the public cloud within five years. However, respondents also acknowledged that they’re facing a host of barriers on their cloud migration journeys, with security concerns, compliance/regulatory issues, and a lack of application support being their top issues.

The ability to parse all those elements requires strong analytical skills and a strategic mindset, says Amel Edmond, CIO of advisory and accounting firm Withum.

CIOs need, in themselves and in some of their staffers, the ability to understand organizational objectives, as well as the ability to analyze available and emerging cloud technologies that could support those requirements and create new opportunities, Edmond explains. They also need the ability to implement plans that successfully deliver on those articulated goals, he adds.

“Often I’ve found people who know the cloud products but they can’t convey why we need them. They can’t articulate why we should spend the money on this product. But those are the skill that all CIOs should have,” Edmond says. “That strategic thinking is 90% of the game.”

The IT architect has been a staple since the start of IT, and the role remains critical in the cloud era, too. Today, though, CIOs need architects who can take their traditional core skills for designing systems and services and shift them from on-premises delivery to the cloud.

“This role has a responsibility to design and plan the cloud environment for an organization that will enable the overall objectives. Architects rely upon the core knowledge of the cloud environment as well as the experience in designing and deploying applications and systems,” says Jeff Weber, technology executive director at IT staffing firm Robert Half.

He adds: “The architect will enable strategic growth of a business.”

Moreover, the cloud architect understands the organization’s needs, its existing infrastructure and its targeted future state — from servers and storage, to networking and delivery, to workstations and end points. They’re experienced in building systems and provisioning servers.

“They’ve been hands-on, they’ve had to build those things,” says Jack O’Meara, director in cybersecurity solutions at the consultancy Guidehouse.

Working right alongside the cloud architect is another critical role for a successful cloud strategy: the cloud engineer. This is the staffer who takes what the architect has designed and ensures that it’s working efficiently and effectively.

“This is also a highly technical role that is responsible for spinning up and maintaining cloud infrastructure, which includes some of the traditional IT skills associated with patching, securing, monitoring, and troubleshooting virtual systems. The cloud operations engineer is more of the builder and maintainer of the environment, once the plans are handed over from the architect,” explains Josh Hamit, vice president and CIO of Altra Federal Credit Union and a member of the Emerging Trends Working Group with the IT governance group ISACA.

Hamit says there’s some “misconception that maintenance simply evaporates in the cloud” and therefore IT might not need this role. That simply isn’t true.

“We might not have the burden of maintaining and replacing physical hardware, but the ongoing care and feeding of virtual cloud environments still often requires the typical activities to keep systems secured and properly tune environments for optimal performance,” he says. “Through this role, there is an opportunity to introduce more automation that can expedite the launch of new environments, without the traditional overhead and capacity limitations that may exist in an on-premise environment.”

According to the Flexera 2021 State of the Cloud Report, its 10th annual survey, 92% of organizations have a multicloud strategy and 82% also have a hybrid approach, meaning they’re using both public and private clouds.

Consequently, CIOs need experts who can knit all that together so data can easily flow between systems and so the business processes that the cloud-based systems support work seamlessly — regardless of where any given application resides.

“There was always a need for integration, and cloud doesn’t necessarily make that need different, but it did put an exclamation point on it,” says Vince Kellen, CIO for the University of California San Diego.

Kellen has had IT workers with integration expertise working throughout his IT department and leveraging tools such as Apache Kafka, Apache NiFi, and WSO2. Given how critical integration is to cloud success, Kellen says he’s now pulling together the needed expertise and skills and consolidating this work into one unit.

Security remains one of the top barriers for organizations as they advance their cloud deployments. According to Flexera’s State of the Cloud Report, 81% of respondents consider cloud security as a challenge — making it No. 1 on the list of concerns.

As a result, experts say cloud security expertise is a must-have skill within the IT team.

CIOs say they want staffers who can take directions from the CISO and then implement the standards and compliance measures set by the CISO’s security department.

“Security has to be factored into any migration into the cloud, whether simply onboarding a new SaaS application or shifting traditional server workloads into the cloud,” Hamit says. “A security practitioner has to understand the specific nuances associated with cloud, so they can properly assess the threats, vulnerabilities, and risks to the environment.”

Ensuring compliance with internal security standards and controls, as well as any regulatory requirements, is also vital for any organization operating in the cloud, as is ensuring data is properly encrypted and subject to proper access control, Hamit adds.

“The person in this role is absolutely critical to ensuring the CIA — confidentiality, integrity, and availability — of the environment, and may work closely with legal, risk, and compliance to ensure that adequate security provisions are baked into the contract, along with ensuring the cloud provider has formal third-party attestations of their compliance,” he adds.

CIOs with multicloud environments — and that’s the vast majority of them — need employees with knowledge and expertise in specific providers, their particular products and services, and their technology roadmaps.

“You need people who have decided that’s a tool they have to learn, just like they learn a programming language, so they can make [optimal] use of that provider,” says Greg Taffet, managing partner and CIO of Taffet Associates. “It’s not so much a new skill but keeping up with the tools that are unique to the cloud that they’re on. They need to track, for example, security features, understand upgrades and new options.”

Taffet sees this expertise as particularly critical because the IT department no longer controls changes to its environment — the cloud providers do. “So you need your people to look at the [cloud providers’] documents, look at the modules you’re using, and decide whether any changes being made with current releases will affect you,” he says.

The ability to scrutinize cloud contracts

Similarly, organizations shift a significant portion of their technology delivery capabilities to outside providers when they move to cloud; in fact, an enterprise that’s 100% in the cloud relies exclusively on those providers to ensure the required availability and service levels they need.

Consequently, CIOs must be certain their cloud provider contracts cover everything that needs to be addressed, such as the division of responsibilities between the provider and the enterprise, service-level agreements, and remediation measures for when problems arise.

“You’re trusting the cloud provider to do what they say,” says David Less, a veteran CIO now serving as president of DAL Consulting, which provides enterprise risk, interim CIO, and digital transformation services.

Less believes lawyers are essential members on the IT team when it comes to contract reviews. As he says: “You need someone who understands contract language and that the contract is complete, who can ask: ‘Did we miss anything?’”

According to Flexera’s cloud report, 79% of enterprise leaders see managing cloud spend as a challenge and 55% list “understanding cost implications of software licenses in the cloud” as a challenge. Furthermore, respondents estimated that 30% of cloud spend is wasted.

“Managing cloud expenses is significantly more sophisticated than managing on-premise expense because cloud gives us elasticity and a lot of different price points depending on our commitment,” Kellen says.

Taffet likewise acknowledges the challenge of monitoring and managing cloud costs. As a CIO at a prior employer, Taffet tasked an administrative assistant with analyzing cloud usage and costs and identifying unused cloud resources that could be shut down — work that saved the company more than 10% of its cloud spend.

Similarly, IT departments should have workers who can interact with the cloud providers and manage the overall relationships with each one, says Fred Chagnon, principal research director for Info-Tech Research Group.

As organizations leverage cloud to advance and enable their digital agendas, CIOs need leaders within their ranks who can keep teams aligned with the overall strategic vision, says Ramesh Gupta, global cloud transformation and modernization leader at the business consulting firm Protiviti.

He specifically lists a chief digital/cloud architect as well as leaders for cloud engineering, security, governance/compliance, and operations as critical roles for a successful cloud strategy.

These leadership roles aren’t necessarily for managing people, Gupta explains; rather, they’re for senior experts capable of making technology decisions such as when to leverage containerization and microservices, which integration tools best fit the organizational needs, and how to ensure compliance standards are met.

These leadership roles require “somebody who guides the team and keeps the cloud journey aligned to the organization’s transformation journey,” he says, “because if the two aren’t aligned, all the investments the CIO makes with cloud won’t reach their potential.”