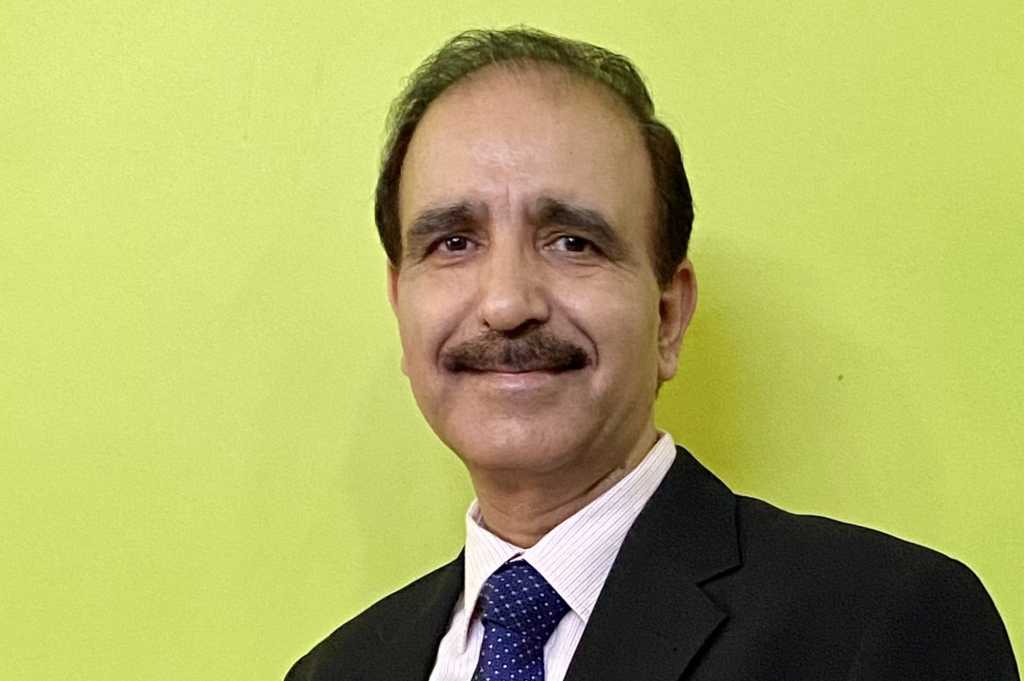 Vinod Bhat worked his way up through the ranks at Tata Consultancy Services, including 15 years outside India managing markets across the US, UK, Europe, and Asia-Pacific, before returning to India to become a global head of consumer packaged goods for TCS. But after 28 years with the company, he decided to spread his wings and move to a new role as CIO of Vistara, the airline jointly owned by Singapore Airlines and Tata Sons.

School played a major role in Bhat’s career development. “I studied in Anantnag in Kashmir in one of the few English-medium schools then. The school itself was extraordinary in nature as it played a major role in my career development. The school had a shadow-teacher system where the students run the show when teachers are not available. We also did Shakespeare plays and this boosted my confidence for facing people at a very young age.”

Bhat’s life mantra is to see challenges as opportunities, something he learned from his grandfather. “He was a true entrepreneur and ran multiple businesses. He always spotted the opportunity, took the risk, and came out of his comfort zone. This is something I do in my career as well.”

CIO India: Tell us about your career path. What has been your greatest career achievement?

Vinod Bhat: I did my master’s in electronics, a hot subject in those days. I realized that IT was the next big thing, so I did a master’s in computer science as well, after which I joined TCS in Chennai. That was my turning point to technology.

One of my biggest achievements was a large project I did in the US for a retail pharmacy. It was rolled out to over 9000 stores. This is one of the biggest achievements that I cherish. I have also received awards, one of which is from General Electric in the US, called the ‘Knight of the Town Award,’ and another the Product of the Year award for developing an internet telephony VoIP product based on the SIP protocol.

Vinod Bhat: I received a couple of pieces of advice that I would not forget.

The first is from Tata Group Chairman Natarajan Chandrasekhar, who said to look at everything from the customer’s perspective. Most of the time we are inward-focused and don’t look from their perspective. This advice has helped to develop a lot of flagship projects. For a customer in the US, we were developing a new solution and had little idea about how they would react to it. So we set up a usability lab where the customers could get a feel for the service. Getting first-hand input directly from the customers while the solution is being developed, accumulating these data points has really helped in improving the quality of the project. A lot of digital transformation projects fail, but this practice can reduced its chances.

The second is that we need to always dream big and have a bigger canvas in mind. This includes creating new models, new markets and new opportunities.

Vinod Bhat: In my career, I have groomed a lot of leaders and I have been doing so for the last 15 years. I am responsible for spotting talent and identifying the right person for the role. It can be succession planning or selecting a high performer, and then giving them the right industry training. A good leader can be spotted by how they react when you give them a task that doesn’t come in their key areas of responsibilities.

Vinod Bhat: For all CIOs, the initial phase of their career is all about technology. When I joined, I had to work on a project for a company in Denmark where I had to write all the 6000 lines of code. Slowly, as you move up the ladder, technology is not all you think about; you start thinking about business as well. At first, it would be 90:10 and when you reach my level it is 60:40, where 40% is thinking about business. Being a CIO, technology is the major part of the job, but my stakeholders are all business heads so I have to speak their language.

Vinod Bhat: The biggest myth in the industry is that technology can solve all the problems. If you believe that all your problems will be solved by bringing in an AI tool then you couldn’t be more wrong. Setting the right business context is important, because only then can you implement the right technology.

CIO India: In the past few years, has it become easier or tougher for the CIO to get a seat at the table? How do you equip yourself for it?

Vinod Bhat: CIOs are no longer a support role and the pandemic really was a digital disruptor. Organizations started realizing how important the CIO role is, whether it is to ensure business continuity, cyber security or opening multiple channels of work, offline and online. No longer can CIOs sit in the back seat: They play a core role for businesses today.

For me, getting the seat wasn’t very difficult because I had good exposure and had been interacting with the CXO level for a long time. Every business is different and the airline industry is a very heterogeneous business when it comes to solutions. Even though the landscape kept changing, the overall approach for me was not difficult.

While the problem definition comes from the business side, understanding the problem and assigning a solution is something the IT team has to do. For the board to approve any new project, a CIO has to address four to five dimensions, including a demonstration of how the proposed technology can better the current situation, improve KPIs, reduce time consumption, and boost the company’s market leadership.

Vinod Bhat: Challenges should be seen as opportunities, and this positive attitude should reach the team. The team also requires a certain amount of hand-holding where they are mentored and trained and given exposure at the same time. This would give them an atmosphere to develop themselves. I always advise my team to have a healthy work-life balance and encourage them to spend time on themselves and with their families.

We touch base with our direct reports on a weekly basis, where we listen and understand their work schedule. If we have someone telling us that they have been working long hours every day, then we help them structure their schedule by listing their work, advising them to delegate tasks that do not necessarily need them, or rescheduling if its not needed immediately. We help them prioritize their tasks and this gives them more time to work on themselves.

Vinod Bhat: I would have started focusing on the business a lot earlier. The first eight to 10 years of my career were solely dedicated to technology. If I could go back in time then I would want to shift a certain percentage of my time to the business side and see the impact it would have on my securing a seat at the table with other CXOs.

Vinod Bhat: I wanted to become a doctor. I couldn’t do that for a lot of reasons, and I am now living this dream through my daughter!

CIO India: What’s one thing you’d rather not do?

Vinod Bhat: Commute to work! It’s the most unproductive time of the day. I would love to meet new customers, but commuting daily to work where you spend 2-3 hours on the road is completely unproductive. In the US, I have seen CXOs use choppers to come to the office to avoid traffic! I think a hybrid model of working is the future.