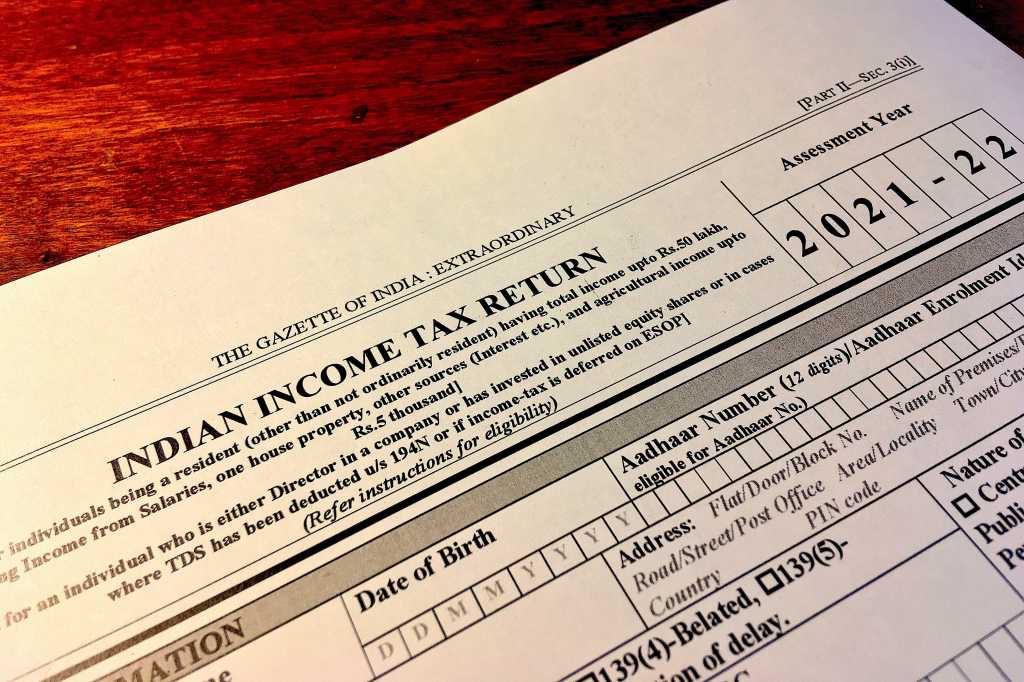 Soon after the launch of India’s new income tax return (ITR) platform on June 7, 2021, Twitter was filled with complaints about the platform’s failings.

Infosys won the ₹4241 crore contract to develop a new portal (www.incometax.gov.in) in 2019, with the goal of reducing ITR processing time from 63 days to 24 hours. Previously, it had managed the centralized processing system for the tax department, while TCS operated the front end of the portal.

With the portal going live at the peak of the ITR filing season, tax professionals had little time to get accustomed to it before the filing deadline, originally set for September 30. The glitches on the new platform made their life even harder: There were login and interest calculation errors and missing OTPs, and users were unable to submit rectification for returns filed, check refund status, file refund reissue requests, or see previous ITRs filed. Taxpayers who paid self-assessment tax couldn’t file ITR due to portal errors.

But it wasn’t until the portal became completely inaccessible, hidden behind an ‘emergency maintenance’ sign for two days straight in August, that Union Minister for Finance & Corporate Affairs Nirmala Sitharama finally took action, demanding that Infosys MD and CEO Salil Parekh resolve the issues with the portal by September 15.

Parekh explained that he and his team were doing everything to ensure the smooth functioning of the portal, with over 750 team members working on it under COO Pravin Rao.

As the September 15 ultimatum approached, it became clear that Infosys would not have everything fixed, so the government extended the ITR filing deadline to December 31. There are still glitches in the service even now, but according to the Central Board of Direct Taxes nearly 1.2 crore returns for the last financial year have been filed, with over 76.2 lakh taxpayers using the new portal.

Not the first time

When the glitches with the ITR portal surfaced this year, questions were raised about why the project was offered to Infosys in the first place, given its history with other Indian government projects.

In 2013, the government of India signed a $50 million contract with Infosys to revamp the Ministry of Corporate Affairs website, MCA21, which was previously handled by TCS. Infosys didn’t have much luck back then either. Soon there were complaints about errors in uploading submissions and fee payment failures. Infosys board members were quick to explain that those were teething problems that came with the handover of a new project previously handled by a different IT organization.

In 2016, though, the Ministry of Corporate Affairs faced glitches in the rollout of a new version of the MCA21 portal, developed by Infosys. Reports allege that the government reduced the payment made to Infosys for the faulty rollout. The glitches were resolved within eight weeks, and the government later extended the contract with Infosys for an additional year. Last year, L&T Infotech emerged as the successful bidder for the MCA21 operations, bringing the contract with Infosys to an end. The next version is expected to roll out some time this year.

Infosys won another government contract worth ₹1380 crore in 2015, to build the country’s goods and service tax network (GSTN). This aimed to help users register a permanent account number, file tax returns, and process payments online, but also ran into problems. Some of the glitches continued to surface even as late as March 2020.

But the problems are not unique to Infosys: the Indian government has had its share of troubles with other IT majors as well.

Wipro developed the Employees’ State Insurance Corporation (ESIC) website and had technical glitches on its portal which were later resolved. The company also handles the government National Register of Citizens (NRC) project which had similar issues that were resolved after.

When it comes to government projects, TCS seemed to have had better luck than its competitors. It has run India’s passport project without any major setback, and the Indian railway website, although this crashed in 2020 after the railways resumed train services amid the pandemic. That problem was soon fixed.

The information about who developed the vaccine booking app, Co-Win, is yet to be released, but the government did face complications in this project as well. Minutes after it was opened to the public, it crashed due to the high volume of traffic. It was quickly fixed.

India’s government is by no means alone in facing such challenges: government IT projects around the world have failed spectacularly, including the UK’s cancelled digital identity project or Australia’s national census having to be taken offline.

What goes wrong in government projects?

While big government projects are often quite different from one another, one possible cause of failure is a reluctance to learn from what they do have in common.

“Organizations prefer to turn the page after a failure,” says Adam Alami in his 2016 academic paper, “Why Do Information Technology Projects Fail?” While each project is a unique instance, “The project’s ecosystem will be, to a great extent, similar for future projects. What made a project fail in its ecosystem is a survival lesson for a future project.”

For Apeksha Kaushik, principal analyst for government and education at Gartner, another reason we see so many government projects fail is because we’re watching them so closely.

“The failure of government projects is endemic all over the world. That is not to suggest that projects don’t also fail to meet expectations in the commercial world. But in government, failures gain substantial eyeballs,” she says.

But it’s also the case that the evolution of government itself has failed to keep pace with changes in IT. “Most government project governance is optimized for outdated development methodologies and acquisition practices. Today, government’s success also requires more innovative collaboration with vendors and ecosystem partners throughout the acquisition cycle and agile development methodologies,” Kaushik adds.

According to the 2021 Gartner Digital Transformation Divergence Across Government Sectors Survey, the most common risk identified for digital transformation in government is the combination of siloed strategies and decision making (51%). It is also the most common highest-ranked challenge among respondents (23%). Risk-averse culture, funding, the digital skill gap and resourcing were named as other top challenges.

Now we may not have a definite answer to why government projects fail, but some of the theories why this happens to outsourced government IT projects in particular also hint at solutions to the problem.

Top of the list is that the scope of these projects may be poorly defined, particularly given the size of many government projects. Then there are the inflexible timelines and milestones, perhaps linked to electoral cycles, changing definitions between milestones, lack of ownership as government employees get frequent transfers, and poor payment schedules.

“Much of this can be avoided by the development of a carefully crafted project governance approach that defines who the decision makers are, the decisions they are expected to make and enforce, and the process of bringing those decisions before them,” says Kaushik.

According to a poll conducted by the Confederation of Indian Industry, government accounts for nearly 94% of dues payable to MSMEs. The government departments including state departments owe them ₹1,709 crore out of ₹1,819 crore dues.

Another theory is that COVID-19 disrupted more recent projects as IT employees were adjusting to a new way of working.

Kaushik advises government CIOs planning or implementing digital government transformation programs to use a digital leadership program to build resilience and digital acumen. With a nod back to Alami’s findings, she advises CIOs to build a solid understanding of the ecosystem surrounding the primary service recipients, mapping the ecosystem and applying human-centred design techniques to identify the needs of users.

“They should be engaging stakeholders in a discovery exercise to develop a complete picture of the information required and currently available across the ecosystem to ensure that the needs of all key stakeholder groups can be satisfied, and duplication is minimized,” she says.

Finally, if there will be a later project to update a service or portal, that needs to be considered from the beginning, Kaushik says. “It is vital to ensure co-creation is sustainable beyond the initial collaboration by maintaining the commitment to the consultation process throughout the design and improvement phases for new services and enhancements to existing services.”