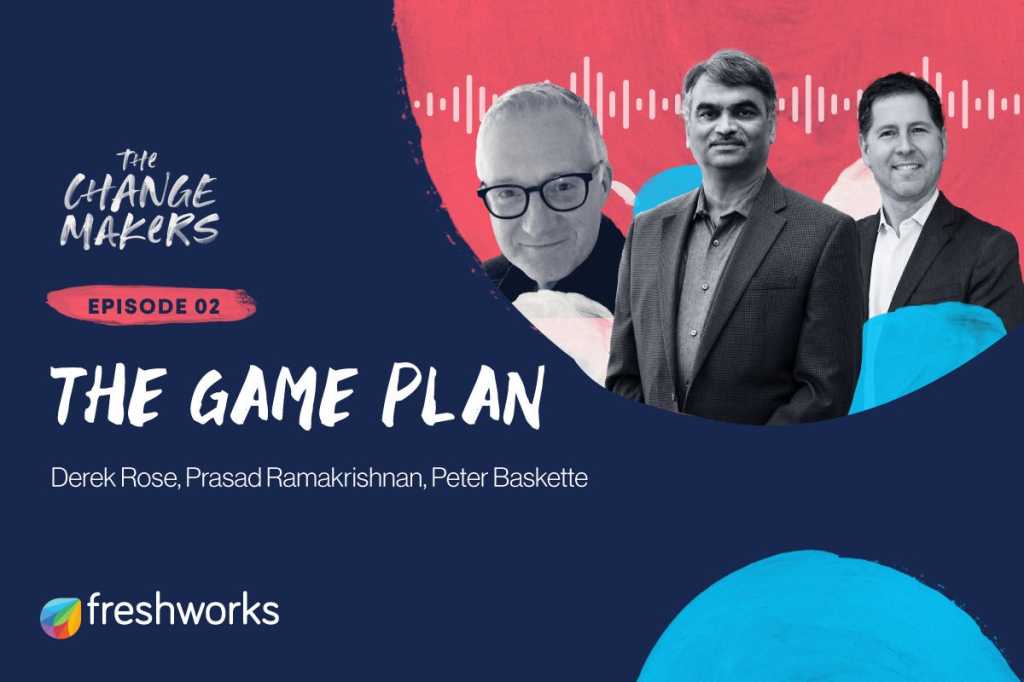 If you think introducing a shiny new tool or service is transformation. Think again. Our changemakers wrought fundamental change in how people work, communicate, and collaborate. In episode 2  of The Change Makers we investigate how changemakers plan their work; set up their vision, objectives, and roadmap. And we learn how IT transformation often begins with something other than technology.

When Derek Rose joined maritime management company V.Group as its Group Head of IT, he knew things had to change.

“It was a free-for-all,” he says. “There were thousands of tickets in it and you couldn’t see the wood for the trees. The team was working crazy hours, commonly staying logged on until two or three o’clock in the morning.”

But his first thought wasn’t to immediately introduce a new ITSM platform or commission a bespoke help desk. Instead, he began with the experience and worked backward to the technology.

He wanted to create an IT department that was “easy to do business with.” After setting that experience as the goal, he began thinking about what he’d need to make it a reality.

V.Group would need a centralized point of contact for IT, robust request function, powerful self-service library, resolution tracking, and more. Once he understood the experience and the practical realities of making it happen, Derek turned his attention to technology, quickly whittling down the market and selecting a vendor.

It might seem counterintuitive for an information technology leader to relegate the tech to his second priority—but it’s a trend across all of our Changemakers.

“If the only tool you have in your backpack is a hammer, everything looks to you like a nail,” says Prasad Ramakrishnan, Freshworks’ Chief Information Officer. “Try to understand the problem you’re trying to solve.”

In a previous role at a pharmaceutical SaaS company, Prasad turned the dial on this idea. While he knew the organization’s service desk had to change, he recognized that he wasn’t best placed to evaluate the experience of its replacement.

After selecting a shortlist of vendors, Prasad opened up his procurement process to a cross-functional evaluation team. Its 75 participants interrogated each vendor’s technology, identifying strengths, weaknesses, and opportunities. When Prasad eventually selected a service desk vendor, he knew it could deliver the desired experience because he’d seen his colleagues live it.

Other Changemakers cast their focus wider.

Peter Baskette joined Riverbed Technology as its Vice President of Information Technology in 2017 and discovered IT operations management that was “inadequate on a good day.” He knew the processes and technology had to change, but what he was most concerned about was something else.

“Technology folks are comfortable with technology and process,” he laughs. “But the people portion isn’t always a strength.”

By looking beyond technology, our Changemakers drove outsized impact in their organizations.

In this episode two, you’ll learn

Learn more about our Changemakers here

Become a Changemaker in your organization. Download the E-book