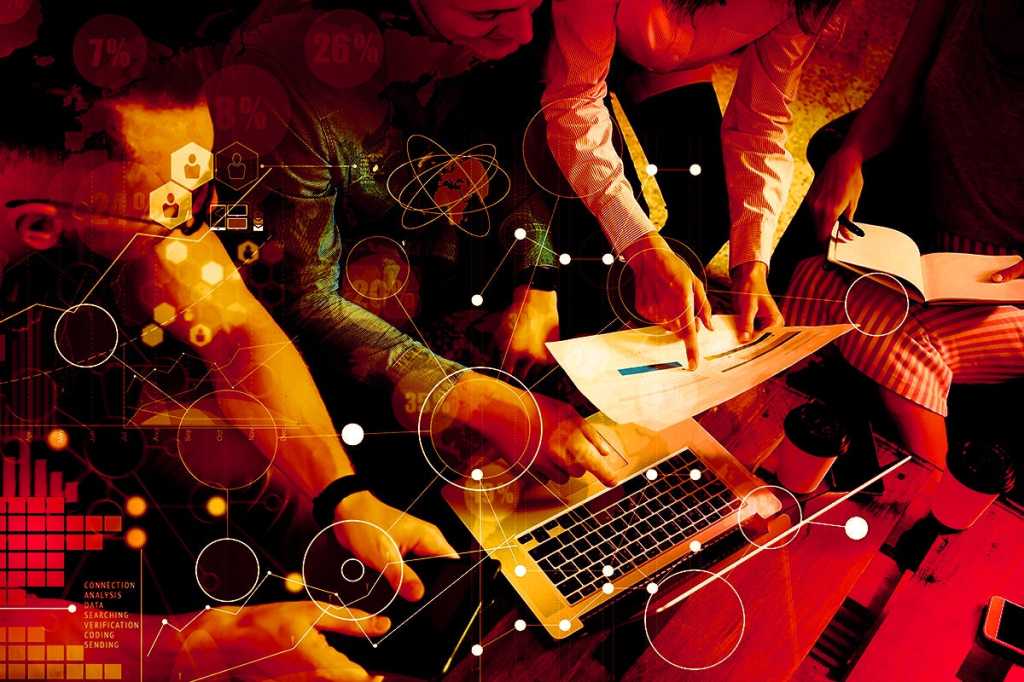 CIO Paul Blowers describes the past 16 months at accounting firm Plante Moran as “a grand experiment” in getting work done. Throughout, Blowers has flexed, reconfigured, and stress-tested his mostly remote, 120-person IT team to determine how productivity, creativity, and culture would hold up through the pandemic.

The experiment proved successful, and the company is making hybrid work permanent. Now Blowers has an eye on the long-term effects that permanent hybrid work will have on teamwork.

“Feeding relationships is so important. We anticipate doing idea jams and war rooms and brainstorming meetings in person. I think they’re highly productive when you can whiteboard and read non-verbal cues around the room. But we’re also investing in technology so that virtual participants can be a part of those sessions,” Blowers says. It’s a work in progress, he adds.

Most CIOs face similar grand experiments as hybrid work environments are becoming permanent. They are evaluating which team structures have been successful remotely and are looking to replicate them, while balancing innovation, collaboration, mentorship, and culture transfer, which have traditionally been done in person.

Some 30% of IT leaders surveyed by IDC say they prefer an “online-first” policy for collaboration, and practices that started during the pandemic will likely continue indefinitely. While many workers say they have been more productive working remotely, that doesn’t always equate to better teamwork.

“We’ve squeezed a lot of innovation out of necessity, but some of that serendipitous innovation that occurs through creative collision has been less,” says Aaron De Smet, senior partner at McKinsey and Co., who spoke at the IDG Future of Work Summit in October.

“Companies have started to get their heads around a hybrid workforce, but I don’t think they’ve cracked what hybrid interactions look like. More of the work people do is now part of a cross-functional team. It’s part of a collaborative effort … where a big room and a whiteboard might be helpful, but not all of it,” De Smet says. Few organizations have operated in fully hybrid mode yet, so IT teams should expect more culture change and uncertainty ahead, he adds.

These CIOs are figuring it out, and five themes are emerging in the new construct of hybrid teamwork.

No written rules — but the flexibility to develop guidelines

Most CIOs say that teamwork dynamics vary by role and the personal work styles of those on the team. Some roles are heads-down engineering, whereas others are relationship-focused. CIOs are leaving it up to each team leader to decide how work gets done most effectively.

Plante Moran’s new work policy gives department leads the flexibility to work with staff to make those day-to-day decisions around where employees work based on the type of work they’re doing and where they’re going to be the most productive.

“We don’t have written rules, but staff needs to ‘manage their mix’ and find time to be in the office when it matters,” Blowers says. “Know the moments that matter and build your schedule around it.”

Owens Corning CIO Steve Zerby wanted to avoid mandates over the percentage of time his 200-person IT team must be in the office each week, or on what days of the week they must show up. He met with his senior group managers and asked each one how work is best done on their team. Each group came back with very similar approaches.

The teams agreed that one-on-ones for performance reviews, promotions, and salary discussions were best done in person.

Meetings that include team members in different parts of the country are remote for everyone, even if some of the attendees are in the same office. “It was the right way of equalizing participation in the meeting,” Zerby says.

Meetings scheduled to be more than a half-day long are held in person. “Everybody acknowledges this is probably better than sitting in front of a camera for four hours,” he says. There are exceptions to these rules as circumstances change, he adds.

Digital transformation technologies — many of which were already in place before the pandemic  — are helping to facilitate permanent hybrid teamwork, but videoconferencing and communication tools still need fine-tuning.

For instance, participants in group meetings with a near equal mix of attendees in a conference room and others remote, often describe the situation as awkward. To remedy this, companies such as Sage Therapeutics are researching technologies that help create an equitable meeting environment for both in-person and remote attendees.

The biotech company is testing video technology that gives each person attending in a conference room their own frame in a collaborative session, with those frames being displayed in the same way as those of remote attendees. “That experience improves dramatically for the folks on the remote side of it,” says Matt Lasmanis, chief technology and innovation officer. “We’re finding that if you can make it feel as similar as a fully remote meeting, then [participation] actually improves.”

Remote workers also loathe lengthy, back-to-back meetings, and tech vendors are developing ways to free-up workers’ time. Slack is rolling out a video and audio messaging tool that enables workers to send short recordings to colleagues instead of scheduling lengthy meetings, another example of the growing trend toward “asynchronous” communication.

Some CIOs are finding that smaller groups are better when it comes to decision-making and listening.

At real estate investment firm Waterton Associates, having a small IT group made the company more nimble during the pandemic, says Douglas Pearce, senior vice president of technology. While many working groups tend to include as many stakeholders as possible in video conferences, “we try to limit who attends them versus people that don’t need to be there,” Pearce says. “You just make sure you have the right people in the room to make decisions.”

To streamline productivity among IT groups, Sage created a transformation office, “the glue” that holds all its initiatives together, Lasmanis says. “It has visibility into all of the strategic projects that we do. All of our project management, agile, Scrum masters sit within that transformation office structure and it acts as a coordinating vehicle so that we have a radar screen of all the change we’re trying to execute.”

Companies that let employees choose whether to come into the office are discovering that younger IT staff are craving in-person teamwork and mentoring.

A year after Owens Corning employees were given the option to return to its offices, Zerby discovered that about 70% of his IT staff that work regularly in the office had less than five years’ experience, leaving a void of mentors and in-person leaders.

For that early-career employee, “the whole mystery of how work gets done is undiscovered, so they appreciate having a colleague at arm’s reach, or a manager that can teach. For more senior employees, managing to the outcome is something they’re more comfortable with because they know how work gets done,” he says.

The solution involved aligning the management team with a new, higher calling. “Right now, being able to mentor, listen, and teach is more important than being able to manage,” he says.

Today, for every two to three early-career people in an IT group, that team manager is in the office more often, he says.

Being intentional about leadership

This type of intentional leadership is gaining traction with IT leaders. It requires regular contact with individual employees and more time in the office.

“I used to be a big believer of management by walking around — stopping to chat, a smile in the hallway, checking in on somebody,” Plante Moran’s Blowers says. “Now you have to be so intentional in a hybrid environment. You’re not going to have the bump-ins, so you have to be intentional of quick check-ins on video. And when you’re in the office you have to make yourself more available — don’t take as many meetings, have your door open, and get that casual connection time.”

De Smet’s advice for leading the hybrid workplace: “Pay attention to technological and the human side of things. Tech makes more things possible, but at same time human side is more important than ever. We need to re-establish connections and tap into creative side of what they bring,” he says. “Keep an open mind and a curious mindset, and we’ll learn some new norms.”