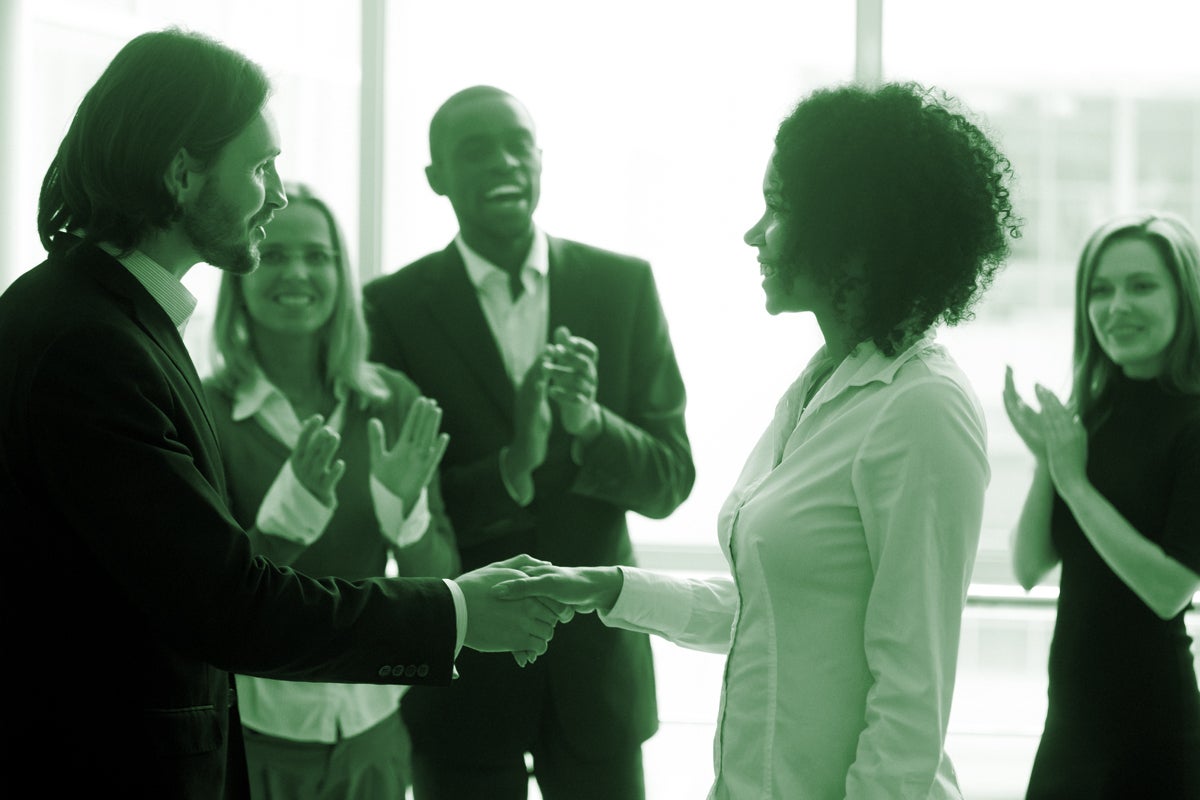 Diversity and inclusion (D&I) has been a major focus point in the Netherlands over the last year, kicked off by the New National Action Plan for Diversity and Inclusion (D&I), launched by Education and Science Minister Ingrid van Engelshoven in September 2020. Dutch enterprise IT leaders, who face a tech talent shortage while managing teams that most often lack diversity, are meanwhile coming under pressure to create or expand D&I efforts, but also have new resources and guidelines available to aid their efforts.

A flurry of D&I programs emerged over the past year to sync up with the new government strategy: the Alliance for Cultural Diversity at the Top, which promotes inclusive hiring in senior management; SER’s Diversity Charter, a network connecting 180 Dutch companies; ECHO, a tailored advisory program that helps develop and implement D&I policies; the Cultural Diversity Barometer, an interactive tool built to measure diversity in large Dutch enterprises; and countless others have synced up with the new national plan. Companies and institutions across the Netherlands hired D&I professionals for the first time. The VC and start-up scene responded with the Borski Fund and #FundRight, created to support diverse entrepreneurs

In the tech arena, the International Organization for Migration (IOM), an inter-governmental organization, has founded the Match project, aimed at bringing African talent to the Netherlands as well as other EU nations that are suffering labour shortages. Enterprises can send vacancies for tech and other types of jobs to the programme, which will launch a recruitment process in Nigeria and Senegal.

Despite the influx of new resources and alliances, though, the movement is still in its infancy in some ways, and attitudes are changing relatively slowly. This year’s Berenschot HR survey found that 62% of companies surveyed do not actively engage in D&I efforts (a slight improvement over 66% last year), and only 22% of more than 2,000 Dutch companies surveyed had an active D&I policy in place (up from 20% last year). Respondents rank the priority of D&I at number 12, out of 15 total themes, after languishing near the bottom of the list for years.

One thing is certain: Now that the push for diversity and inclusion has been set into action, it won’t be going away any time soon. Educational and research institutions that are drag their feet hiring a D&I professional or adopting a gender equality plan will find themselves ineligible for European funding by next year, Minister Engelshoven warns.

Diversity was a leading theme of the 2021 Dutch elections, fuelling political commentary in the media and encouraging more parties led by female leaders to campaign and participate than ever before. The elections produced several ‘firsts’ for diversity in parliament, electing the first black female party leader MP, the first transgender woman as MP, and the first MP to wear a hijab. But diversity is just one part of the journey, and the next few years will reveal if the D&I movement is successful at addressing discrimination, recognizing bias, and creating an environment where individuals can live up to their full potential.

Better representation for individuals with migration backgrounds is another top theme in the D&I discussion in the Netherlands. The Central Bureau of Statistics’ Cultural Diversity Barometer found that only 12% of workers in the Netherlands come from non-Dutch and “non-Western” background, i.e. migrants from Africa, Latin America, Turkey, and Asia (excluding Japan and Indonesia). The Dutch Social and Economic Council also found that people in this group are three times more likely to be unemployed. This stands in contrast to what many experts have called the ‘Dutch employment crisis’, where a boom of unfilled job vacancies have left recruiters puzzled about how to find enough talent to meet the needs of the country’s growing industries, such as software and IT.

“Attracting international academic talent to the Dutch labour market is influenced by a vast array of factors,” explains Annemarie Willemsen, Communications Advisor for Nuffic, an organisation that promotes internationalisation in education. “The availability of high-quality English language academic programs, the calibre of research and development taking place in the country, the number of interesting job vacancies, the extent to which English is used as the working language (rather than Dutch), advantageous immigration and tax regulations, and overall welcoming living conditions such as the availability of housing, schooling for children, and an open and tolerant society. While this summary is by no means exhaustive, and many of these factors are not easily influenced, the Netherlands can attract international academic talent to the Dutch labour market by positively increasing these factors.”

Promoting D&I principles through internationalisation in education can also help fill employment gaps in emerging industries: Nuffic found that 25% of foreign students who study in the Netherlands still live there five years later.

Diversity and the tech talent gap

Dutch Digital Delta created a national action plan in 2019 to remedy the increasing demand for IT professionals in the Netherlands, where competition between employers over top tech talent is fierce. The organisation found that 81% of ICT employees are male. Female employment in tech is slowly growing — 6% in 2020, compared to 1% for males — but the 2020 LinkedIn Emerging Jobs report found that in high-growth sectors such as those employing internet-related and software professionals, only 23% of positions are held by females.

There are other worrying factors to note: the Dutch Startup Association’s 2020 Diversity and Inclusion report found that they’re less likely to have equity in a company compared to male colleagues, with 27.5% of female employees holding equity compared to 41.5% of males. The Social and Economic Council of the Netherlands estimates that representation of women in top management is “moderate to poor” but “increasingly slowly,” recommending not only better representation of women on supervisory and management boards, but also placing special emphasis on preparing mid-to-senior level female employees that rank just below the board level to support the flow of talent to the top.

The gender gap is only one element of diversity to consider: D&I efforts must pay attention to a spectrum of characteristics, including social class, age, disability, cultural/migration background, religion, and sexual orientation. Only 15% of people of colour surveyed by the Dutch Startup Association hold equity. 92% of respondents identify as heterosexual, and 65% have no dependants that rely on them for care. Recent research paints a clear picture of the current tech scene as dominated by young, white men.

The quest for data

As the Netherlands pushes towards increased D&I in the workplace, the need for measurable data is growing, but data protection laws present a complex barrier. Personal information related to an individual’s race or ethnicity, sex life or orientation, beliefs, and health can only be processed with the subject’s explicit consent — which may be challenging to obtain because of the power imbalance between employee and employer.

The European Data Protection Board guidelines indicate that consent to sensitive data can be given if an employee is informed about the way the information can be used and their right to withdraw consent, and if they are assured that there are no negative consequences based on their willingness to consent. Anonymous data processing might be a solution for enterprises that want to understand the demographics of their team better.

Alternatively, external entities may legally process data that falls within their ‘legitimate interests,’ such as collecting data about employees with disabilities in order to ensure that they receive rehabilitation benefits mandated by Dutch laws. Companies that are prioritizing D&I in the workplace may be able to obtain personal data by demonstrating legitimate interest, but national legislation often comes into direct conflict with data protection laws.  How data can legally be obtained under GDPR to inform affirmative action policies is currently nebulous at best.

While diversity allows different kinds of people to be present, inclusion allows those people to be valued so they can reach their full potential.

McKinsey has been researching diversity and inclusion for businesses since 2014; their most recent analysis found that companies with more female executives outperform those with fewer or none at all. The top quarter of the surveyed companies in terms of cultural diversity outperformed the bottom quarter by 36% – a slight but optimistic up-tick from 33% in 2017. The 2019 study found that a third of comments by those surveyed in three key industries — technology, healthcare, and financial services — referenced D&I, with 51% of the comments underscoring the need for leadership and accountability in regards to diversity and inclusion. What kind of strategy is best for business leaders that are beginning to implement diversity and inclusion policies but are struggling to deliver returns?

“My advice would be to just begin with small adjustments. You won’t see results in a short amount of time, but the real impact of an inclusive organisation can be seen in the long term. There is a long-term return on investment when people recognize you as a socially-conscious company that includes everyone … You will get noticed by your clients and your own colleagues,” says Sakina Saouti, communications advisor for Diversity & Inclusion Code, a code of conduct put together by organisations in the Dutch cultural and creative sector.  “Practice what you preach: if you made a promise to be an inclusive organisation where there is room for diversity, then act on it. That means not only hiring a diverse team, but also making adjustments within your company so that people can be themselves.”

“Create support from within your organisation. Working on diversity and inclusion should be everyone’s responsibility, not only leaders, but they can start the process and lead by example,” Saouti explains.  “Most of all, it’s important to have a vision. Make a statement in your company about why you want to be diverse and inclusive. That gives you a direction, and because you made a statement and promise in your vision, it gives you something to hold on to when you have to make strategic decisions.”