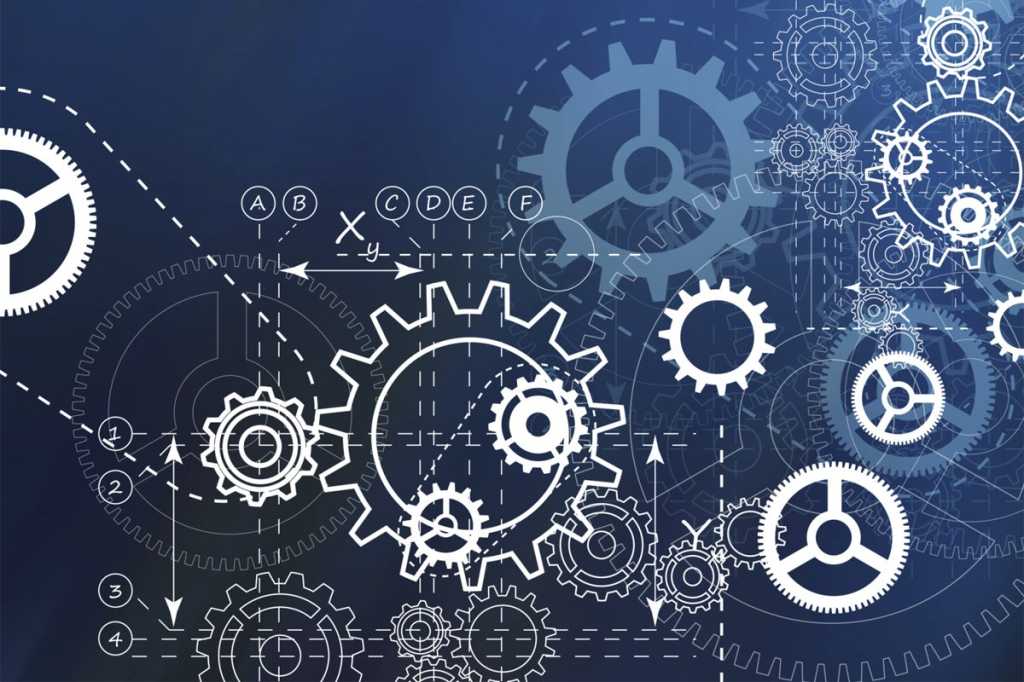 When you call for an Uber, the app shows you a picture of the driver, gives you a description of the car, and includes a map so you can see where your ride is. Plus, you can communicate directly with the driver, in case they need help finding you.

This kind of visibility is coming to the global supply chain as well, allowing sellers and buyers to track their containers, pallets, boxes, and even individual high-value items as they move around the world.

It’s not just optimizing delivery times. It’s also about ensuring that products don’t get damaged during shipping, and getting counterfeit products out of the supply chain.

In pharmaceuticals, for example, counterfeit drugs cost the industry between $75 and $200 billion annually, according to the U.S. Commerce Department.

To make this possible, logistics companies are using internet of things (IoT) devices — smart sensors that can attach just about anywhere.

Chicago-based third-party logistics provider AFN uses this technology to make sure delivery trucks are where they’re supposed to be — and shares this information with its customers, such as manufacturers looking to get their goods to retailers as efficiently as possible.

One big step forward was the recent electronic logging device mandate that went into effect this past December, and kicked into full gear in April.

The main goal of the legislation to make sure that truck drivers get enough time to rest, so they’re not falling asleep behind the wheel. But the devices can be used for other things as well, such vehicle performance and location.

It replaces existing solutions, such as calling the driver on their cell phone and asking where they are. Large delivery companies would have their own apps or custom-built devices for their drivers to use. The new legislation makes the technology universal.

The service is used by Fortune 500 companies and third-party logistics providers like AFN to track shipment location and other variables, such as temperature. Other users include Kraft-Heinz, Cargill, Best Buy, Unilver, and Perdue Foods.

“At AFN, we are leveraging the technology to have exposure for our customers and the shipper,” says Levy. “That’s table stakes now. Can you track my load?”

The company began offering the tracking feature last June, he says. “Before that, you could call and ask where the truck is, or we would push regular updates to you by email. Now, there’s a mobile-optimized portal.”

AFN is also supporting a move toward API standards, he says. Currently, the industry typically uses the legacy Electronic Data Interchange standard, which dates back to the 1960s.

“There’s a big movement in this space to a convert a lot of that legacy EDI technology into API technology,” he says. “We interact with groups and are pushing it actively, but it has not yet become a standard format in the industry.”

One company that has to ship a lot of goods around the planet is Intel.

“We have a pretty complex supply chain — it’s the fourth or fifth largest in manufacturing,” says Chet Hullum, general manager for the company’s industrial IoT group.

Intel doesn’t just want to know where the shipments are, but also what’s happening to them as they move through the supply chain.

“We have very sensitive machines used in our manufacturing process,” he says. “If those are under any type of shock, they may need to be recalibrated or parts need to be replaced. Light exposure is also a big one — you want to know about tampering, that something was opened.”

Intel, of course, isn’t just a user of IoT technology, but also makes the chips that power it, and it’s working on making sensors to take a variety of different measurements, such as temperature.

“We see a lot of use cases in food, plastics, pharmaceutical, where they must maintain a certain temperature,” he says. “That’s a big requirement for a lot of end users.”

As technology improves, and the prices for the chips go down, IoT will has the potential to dramatically change global supply chains by bringing in large amounts of real-time, actionable data.

This will help enable companies to reimagine their operations, Hullum says. For example, real-time data from IoT can help an organization optimize the layout of its distribution centers. And it can facilitate the creation of new products and features, such as insurance or quality guarantees.

“It ends up being transformational,” he says.

And with companies like Amazon and UPS setting an example, tracking will become standard within the next to 12 to 18 months, he says.

According to IDC, worldwide spending on IoT technology will reach $772.5 billion in 2018, up 14.6 over the $674 billion in 2017. Spending is expected to pass the $1 trillion mark in 2020, with manufacturing and transportation the biggest adopters.

IoT in the warehouse

It’s not just trucking where IoT sensors can make a difference in the supply chain. DHL, for example, is using IoT devices in its supply chain warehouses in Germany, Poland and the Netherlands, says Markus Kückelhaus, vice president for innovation and trend research at DHL.

And in China, the company uses a narrowband IoT application to streamline yard management. The IoT chips are embedded into the vehicle detectors, and DHL can collect dock availability in real time, helping it better coordinate drivers and reduce risks of manufacturing delays since materials arrive when they’re needed.

“The IoT allows us to gather the necessary data to optimize our businesses and identify better practices,” he says. “It is revolutionizing business processes across the entire supply chain and logistics.”

DHL predicts that IoT has the potential to generate up to 1.77 trillion euros in additional value for the international logistics industry by 2025.

“There’s an enormous amount of inefficiency in the system today,” agrees Paul Miller, analyst at Forrester Research. “It’s billions of dollars tied up in efficiencies. Hugely inefficient, and a lot of it is actually still based on antiquated technology.”

There are many high-profile, brand-name projects out there, he says, but other than those lighthouse examples, the bulk of the market is moving more slowly. “They recognize where they need to go,” he says. “They see the value in visibility, they see the value in auditability, but they’re not quite there yet. Paper bills of lading still exist.”

“In a lot of the conversations around supply chain, it’s described as kind of boring, kind of invisible,” he says. “But it drives the global economy. It is invisible but it’s not boring, and there’s a real opportunity here to deliver real value.”

The supply chain: Primed for disruption

According to a report released this year by Deloitte and industry group MHI, only 22 percent of supply chain industry executives say that they are currently using IoT technology — but 79 percent plan to do so within the next five years.

According to the survey, top concerns include inadequate understanding of the technology, lack of a clear business case, and cybersecurity.

But there’s also a clear understanding that IoT can make a big difference, with 59 percent reporting that it has the potential to disrupt or create competitive advantage already, and 87 percent saying that it will do so within the next 10 years.

Of those who are using IoT technologies, 66 percent say they use it for real-time supply chain analytics. Other uses include customer insights and collaboration, quality control, and for cold chain temperature control and humidity integrity.

Another use of IoT in the supply chain is for use in creating virtual versions of real objects, called “digital twins.” According to a survey released in March, 48 percent of organizations using IoT either this year.