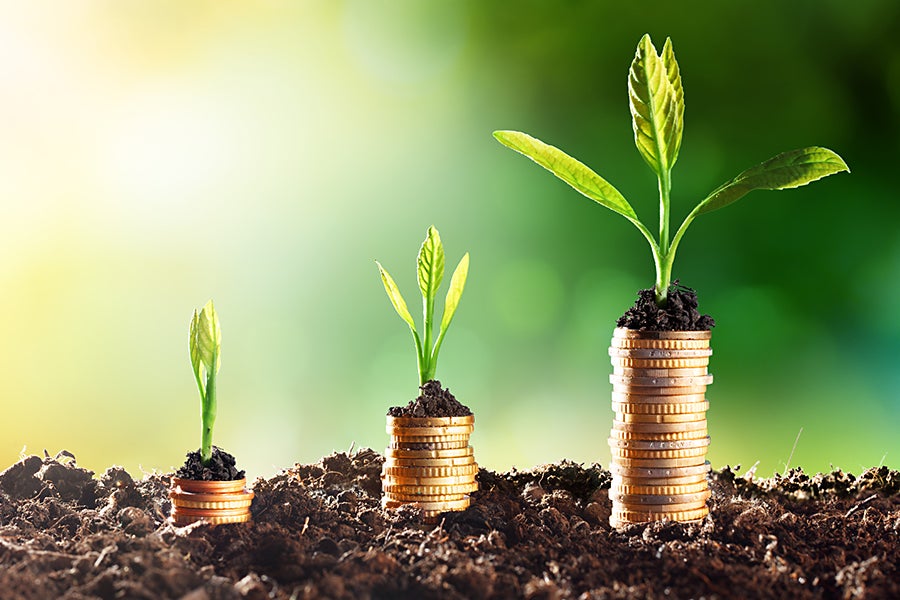 At first glance, CBRE Group has been working well outside its scope as a commercial real estate services and investment firm.

Its new product? A software solution called CBRE 360, which launched early this year.

CBRE’s IT team built the platform, which enables customers who own, operate or invest in properties to manage their spaces in myriad ways. They can use CBRE 360 to locate colleagues, navigate the workplace, reserve workspaces or access concierge services. CBRE even offers client-specific branding of the platform for property occupiers and investors.

For many IT executives, creating and marketing software to be sold in the marketplace like CBRE 360 is not a priority; in fact, it’s not even on the to-do list.

But CBRE’s Chief Digital and Technology Officer Chandra Dhandapani and other leading CIOs say IT leaders must make revenue-generating initiatives part of their portfolio of responsibilities.

“Direct revenue is a relatively new concept, but increasingly every company is becoming at least partially a technology company. That doesn’t mean they’re giving up their core business, but they’re creating technology products as part of their services because that’s what clients expect,” Dhandapani says.

She says her tech team is responsible for driving growth via tech-enabled core revenue as well as through technology offerings such as CBRE 360. That’s in addition to leveraging technology to efficiently support corporate operations and strategies.

Dhandapani isn’t alone in her vision of the IT organization. The 2018 Harvey Nash/KPMG CIO Survey found that 38 percent of the 3,958 responding IT leaders say their boards consider “driving revenue growth” a priority for CIOs.

“The role of the CIO has changed significantly over the years. The topic used to be the CIO as a change agent and about driving the organization forward. But now they’re also a critical player in the digital strategy, and they’re measuring those changes in terms of a positive return on investments,” says Anna Frazzetto, chief digital technology officer and senior vice president at Harvey Nash, a global recruitment consultancy and IT outsourcing service provider.

Here, leading CIOs and consultants share the key strategies they use to deliver initiatives that support top-line growth.

They focus on customers

“I’m always focused on what’s important from a client’s perspective,” she says, acknowledging that her past experience running corporate P&L units helps her recognize “what it takes to manage client expectations.”

This customer focus helps her and her technology team spot unmet customer needs that they then can work to fulfill. That’s how they came up with CBRE 360, and how they decided to acquire in 2017 two software companies providing software-as-a-service solutions that CBRE now offers to its own employees and its customers.

Peter High, president of the business and IT strategy firm Metis Strategy and author of Implementing World Class IT Strategy: How IT Can Drive Organizational Innovation, says CIOs who are able to identify money-making opportunities put themselves in their customers’ positions.

“They need to be awake to the opportunities to use information and technology in ways that will have positive implications for existing and potential customers,” he adds.

When Jay Ferro was the global CIO at the American Cancer Society, he had his IT workers participate in the organization’s annual Relay for Life fundraiser in addition to using the technologies and mobile tools that employees and volunteers typically used to get their work done.

“I was constantly forcing our folks to put our customer hat on,” he says. “When you do that, something magical starts to happen in the IT organization: They begin to think like customers and they think about what we deliver for customers.”

Through this exercise Ferro says his team learned how difficult it was for workers and volunteers to collect money pledged for the Relay for Life event. As a result, IT created the ACS FUNdraising app that allows mobile check and credit card scanning as well as peer-to-peer transactions.

The app not only improved collections but it also attracted new volunteers to the organization’s efforts, says Ferro, who is now chief customer officer at Rackspace.

They establish a business-minded work environment

Land O’Lakes CIO Mike Macrie has delivered multiple money-making IT projects for the member-owned agricultural cooperative based in Arden Hills, Minn. He says CIOs need to cultivate the right environment to support an entrepreneurial spirit throughout the IT organization.

Macrie and others say creating a business mindset among technologists is critical. That means CIOs and others throughout the IT team use the language of business as well as financial scorecards (what he calls the company’s “ultimate scorecard”). “IT leaders need to talk about how what they’re doing is having a financial impact,” he says.

Having close ties to the business is another essential element, experts say. CIOs need to nurture close working relationships with their C-suite peers to understand opportunities for revenue growth, Macrie says, while others stress the need for IT staffers to break through siloes so they know how their companies actually make money.

Dhandapani says CBRE 360 is a case in point. It grew from a hackathon that brought together client account teams, designers and IT engineers in the United States and Australia.

They create teams devoted to innovation

Another important element for creating a money-making IT department is creating dedicated teams, Macrie says.

Macrie divided his technology workers into a half-dozen teams. The teams all have their own individual success metrics based on their goals and objectives.

Some teams support other business units, helping them bring in new revenue. Others, however, focus on developing and supporting technology solutions either given to customers as a way to support their use of other Land O’Lakes services or are directly sold to customers.

“Both increase revenue gains, they just do it in different ways,” Macrie notes.

Andi Karaboutis, the CIO and chief digital officer at National Grid, a multinational electric and gas utility headquartered in Warwick, England, has a similar outlook.

Although stressing that innovation is encouraged throughout IT, she says the company’s NGDigital Labs specifically encourages the development of innovative technology solutions. For example, NGDigital Labs is looking at how the internet of things and blockchain technologies could work with distributed energies and drive new services and marketable solutions.

They foster a culture of creativity

However, Karaboutis, Macrie and others say creating such teams alone won’t bring the kind of innovation that moves the financial dial. Instead CIOs must create a culture that allows for creativity, courage and imagination.

“It’s really important to have that enclave of ‘Imagine a world where.’ You have to have that imagining and have an agile team in place that can play with it. It’s a ‘futuring’ exercise, where you think about a friction or an opportunity or a new technology that enables something you never did before,” Karaboutis says. “That’s where IT people have big leverage. We know the technology and if you know the business, you can imagine what helps your business or shareholders or customers.”

But she adds: “You need the time, space and money to be inspirational. You need to build that as a culture, and you continually have to do that.”

They sell the potential

Working in a highly-regulated industry, Karaboutis says her IT team must create businesses cases with well-defined costs and benefits to win both corporate and regulatory approvals for IT initiatives.

It’s an exercise other CIOs should undertake, she says, if they really want to have a positive impact on the company’s financials.

Likewise, Macrie says he believes in the need to articulate the business case for IT innovations. However, he says CIOs need to do more than sell their peers on pending projects; CIOs also need to help sell them on IT as visionary.

To do that, Macrie networks with CIOs, tech startups and venture capitalists so he can identify emerging technologies that could open up new opportunities to serve customers and thus new revenue streams for his company. He says he then educates his Land O’Lakes colleagues on these emerging technologies and the projects they could enable.

They are patient and persistent

Macrie advises CIOs to consider this exercise as a long-term investment, as he finds it can take years to bring some of these opportunities to market. “A lot of my ideas take several years to get funded,” he says.

For example, Macrie led the C-suite in a discussion around the convergence of mobile technologies, digitization and data about eight years ago and showed them application prototypes developed by his team that would leverage these emerging technologies to grow customer revenue.

But his colleagues weren’t impressed, so he brought some of them to Silicon Valley and continued to discuss with them the digital revolution until everything clicked. Then Macrie was ready to move fast to bring those digital products to market.

“Getting that timing right is critically important for CIOs,” Macrie says. “The CIO peer group in the C-suite doesn’t have the same exposure to technology, and we [as CIOs] see technology that may be years away from entering the marketplace; we see it much earlier than they may, so we have to make sure we’re not out in front of them but that we’re bringing them along.”