Network Security for a Hybrid Business World
In the past year, cybersecurity has risen from primarily an IT concern to a corner office mandate and watercooler conversation piece. The pandemic forced businesses to grapple with the implications of a largescale shift to remote work, with reshaped network architectures, spurring a rethinking of cybersecurity frameworks. Meanwhile, security threats like the $70 million REvil gang ransomware attack have gripped the headlines and put security teams on the spot. In this podcast series from Comcast Business, we’ll explore the events that have put cybersecurity at the forefront and the tools and technologies that business and IT leaders should be eyeing to address current and future cybersecurity demands. 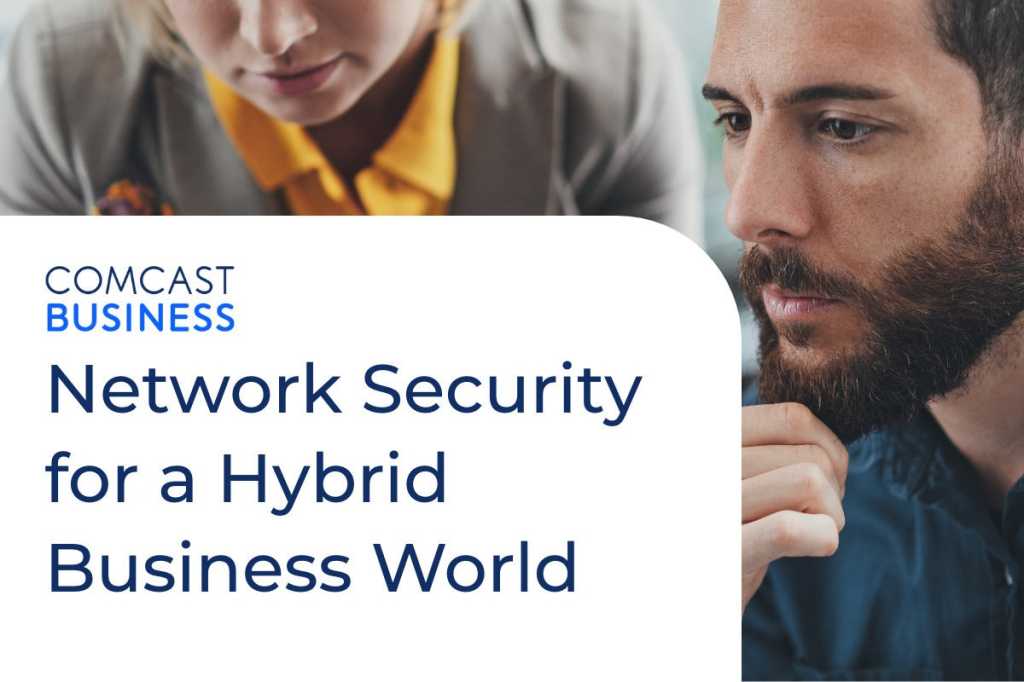 Security pros are used to uncertainty. They don’t like it, but it’s part of the job. But one thing is certain: They’re going to be asked: What are we doing to prevent a ransomware attack? That’s because ransomware attacks have increased by nearly 500 percent since the start of the COVID-19 pandemic.

“You know I think any security conversation that doesn’t bring up and really address ransomware would be making a mistake, certainly,” says Wayne Anderson, Security Architect, in the Office of CTO for Modern Work at Microsoft.

Ransomware gets the headlines. It’s easy to understand. It’s like a plot ripped from a detective story. But threats have propagated across the board, says Zeus Kerravala, networking analyst and founder of ZK Research.

“In fact, I think I saw on a Google website that they reported there’s been a 300% rise in phishing since the pandemic began,” he said. “Threat actors now are attacking the users directly instead of trying to breach the big firewalls and things like that that we have.”

Now, that has an interesting impact on the network itself, Kerravala says.

“You can try and train your users, but often even the best trained ones, something slips through. And once they’re through, then it’s up to the network to see those things. Security has become this kind of weird asymmetric problem where the number of entry points continues to grow exponentially.”

This is where the convergence of networking and security stands out, with networks taking a critical role NOT as a target, but as a tactic and tool for better security.

In this second episode of Comcast’s podcast series “Network Security for a Hybrid Business World,”, we’ll explore, with the help of folks on the front line, some of tactics and tools that can reduce vulnerability, not just for ransomware, but across the threat matrix.

Listen to all Network Security for a Hybrid Business World episodes