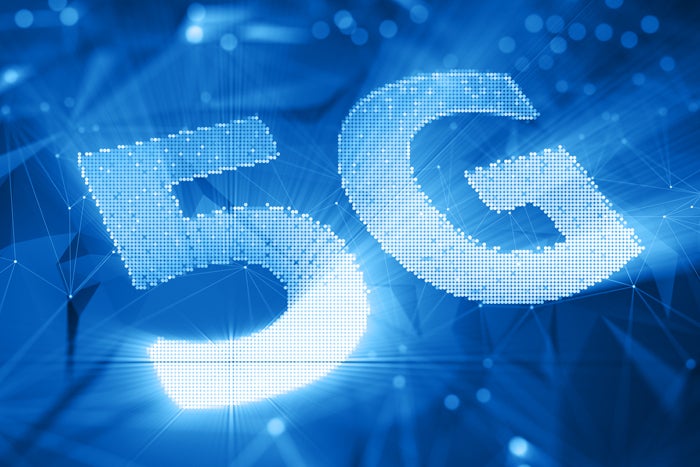 The UAE is a leader in the adoption of 5G mobile technology in the Middle East and North Africa (MENA) region, mainly due to government support as enterprises invest heavily in digitizing their IT infrastructure.

The UAE’s telecom regulator expects to bring all inhabited areas of the country under 5G network coverage by the end of 2025. The country’s effort to meet this goal puts it on the cutting edge of 5G implementation in the MENA area, which is gearing up for 5G more quickly than other regions globally.

What’s more, 5G networks are not all equal. While other Gulf countries have covered more of their geography with 5G, or claim to have more devices connected to 5G networks than the UAE, the emirates offers faster 5G transmission speeds, according to mobile technology trade association GSMA

Depending partly on what spectrum is being used, some 5G networks offer faster transmission speeds than others. Abu Dhabi, for example, ranked among the fastest capitals globally in Ookla’s 5G network index, with the fastest median download speeds (4.2G bps) in the first half of 2021.

Major telecom service providers in the UAE have already set up the needed infrastructure for a full transition to 5G and about 90% of the country has 5G coverage through these providers, with Dubai nearing 97%, according to Ehab Kanary, vice president of emerging markets sales at networking technology company CommScope Infrastructure EMEA.

“UAE is ahead of the curve in terms of adopting 5G as it is making the needed structural changes to adapt to the emergence of the new technology,” Kanary said.

5G is essentially a general term for standards and technologies that, depending on the service provider and application, have the potential of transmitingt data up to 100 times faster, with a capacity that is 1,000 times greater, and using less energy, than prior-generation mobile technology. It’s expected to enable the Internet of Things (IoT), with an increasing number of industrial and consumer devices becoming connected wirelessly.

One reason for 5G’s speed is the use of frequency bands that are generally higher than LTE. The drawback is that the distances over which these can be broadcast will be shorter, and deployment and optimization can be challenging, particularly in large spaces such as stadiums and airports.

“These challenges can be overcome through solutions such as DAS (distributed antenna systems) or in-building cellular, which use a network of internal antennas to boost the signal within a building,” Kanary said.

The UAE’s strategy for 5G coverage

As far as the UAE is concerned, a serious push towards 5G adoption began in 2016 when the Telecommunications and Digital Government Regulatory Authority (TDRA) set a roadmap (2016-2020) to achieve 5G deployments at the earliest.

Etisalat became the first operator in MENA in May 2018 to launch commercial 5G network, providing fixed wireless service in the UAE. The company released the region’s first 5G handset a year later.

By the end of 2019, UAE’s telecom watchdog developed a national strategy for 5G for the years 2020 to 2025. The plan identified the target sectors for the deployment of 5G, the frequencies used, and the specifications of the devices compatible with 5G.

The pace of 5G implementation has accelerated since, with Etisalat offering 5G fixed wireless access to its customers in 2020. It lets subscribers stream high-bandwidth 4K videos; participate in cloud-based gaming; and offers low latency to meet the need for immersive technologies such as augmented and virtual reality.

Etisalat’s 5G capabilities are in full display at the Dubai Expo 2020, where the company has built a 5G mobile access network covering the area of 4.38 square km, or 818 football fields.

“Together with Etisalat and our other technology partners, we are not only setting new benchmarks in speed and connectivity on a global scale, but also creating a blueprint for the future, with cutting-edge technologies that will transform how we manage cities and optimise everyday living,” Expo 2020’s Chief Technology Officer Mohammed Al Hashmi said in a statement.

The adoption of 5G is expected to impact almost all sectors, including government, critical infrastructure and enterprise. Healthcare and education sectors are also investing heavily in network enhancement projects, including 5G, following the pandemic.

According to Kanary, the wide-scale adoption of 5G will be beneficial to the implementation of Wi-Fi 6, which is the most recent iteration of the Wi-Fi network protocol and a substantial upgrade over its predecessor.

“These wireless and Wi-Fi networks are complementary and many enterprises will need both — as they work together across a multitude of different use-cases with differing requirements,” Kanary said.

Investments in Wi-Fi 6 device projects in the industrial space are anticipated to increase vastly, as the overall Wi-Fi infrastructure will hit a valuation of roughly $7 billion in 2030, according to Transparency Market Research.

Stakeholders in the Wi-Fi 6 devices market are also focusing on IoT applications in various industries and businesses, which can be major end users of Wi-Fi 6 in the near future, the report added.