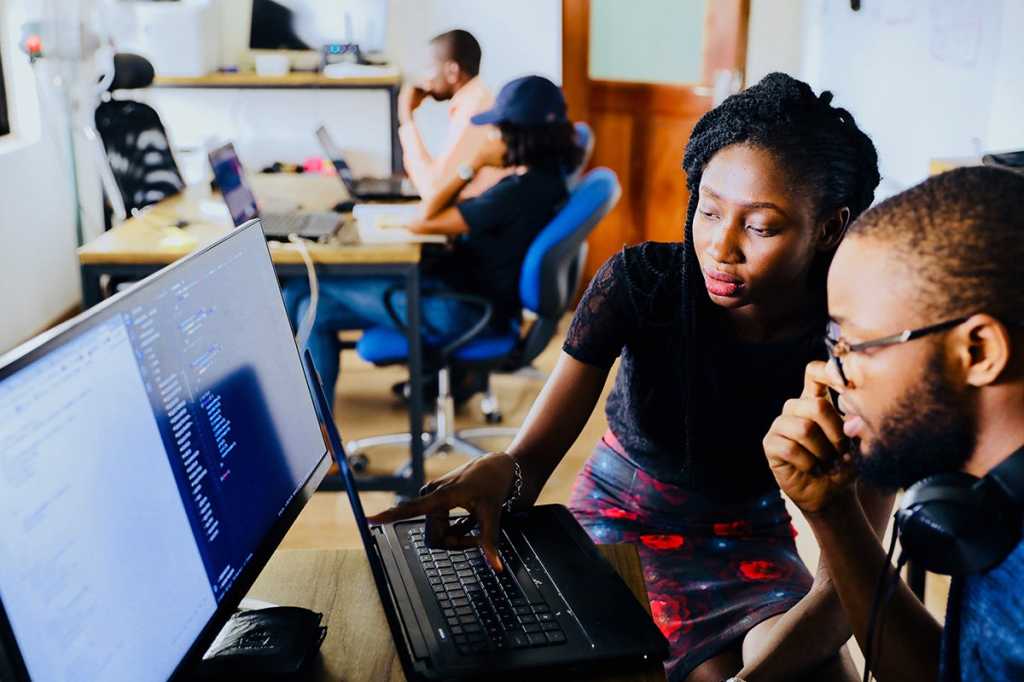 It’s no secret that, with the major exception of mobile payment systems, African businesses and public administrations have lagged behind their global counterparts in deployment of emerging technology, mainly due to lack of stable infrastructure and a skills gap in technology.

While there has been a recent spurt of data centre construction, and a variety of new education companies using remote learning and internet-based tools to train a new generation in modern technology skills, African organizations are lagging behind global trends in implementation of a range of key technologies that promise to optimize business processes and generate new services.

As African nations bolster their network infrastructure and a new cohort of young STEM (science, technology, engineering and math) graduates enter the workforce, however, African CIOs will want to keep an eye out for developments of key technologies that could help their businesses grow and become more cost-efficient.

Here are five technologies that have been underutilized in Africa, but have the potential to catch on and pave the way to new services in a variety of business sectors.

Even though service providers in countries including Kenya and South Africa have started hosting IoT (internet of things) networks, broad implementation has been slow.  NB-IoT is a Low Power Wide Area (LPWA)  technology and is ratified by 3GPP, a telecoms standards body which works to develop future generation wireless technologies.

IoT networks can be used in a variety industrial, manufacturing, transport, building management and municipal public-service systems, to monitor and control infrastructure, devices and the flow of data.

Narrowband IoT offers specific qualities that make it a starting point for pushing IoT into emerging markets within Africa. NB-IoT will provide for low latency, and service providers will be able to deploy it in portions of their existing LTE spectrum or on frequencies that have been repurposed from use with GSM.

In Kenya, Safaricom has rolled out services such as M-Gas, which monitors your gas use and charges per day. The IoT devices are fitted on the gas cylinders to open and close the gas valves depending on the status of payment.

Safaricom also piloted a beverage cooler monitoring technology with Kenya Breweries Limited to monitor the stock of beverages in ‘smart’ coolers. In the same year, Liquid Technologies launched its own LPWAN (Low Power Wide Area Network) system, but its implementation has been limited and no wide case use yet.

Vodafone in South Africa has also been working on its NB-IoT network, which is now available in over 3,500 sites and promises to have various use cases.

However, the slow pace of LTE adoption, which powers NB-IoT technology to a large degree, has seen the tech being underused even though its potential use cases are plenty in Africa.

Serverless computing is a technology architecture where cloud providers manage code execution, eliminating the need for companies to implement applications on servers.

Rather than pay for resources for the month or hour, you would only pay for the actual time your resources were being run, saving money.

“Serverless is advantageous because it allows companies to utilize code to automatically create cloud computing resources only when they are needed and, when finished gracefully shut them down,” says Suzanne Tedrick, Azure infrastructure specialist at Microsoft.

But serverless computing requires the availability of cloud providers to host and manage applications.

“While major cloud companies (like Microsoft) have made many investments in Africa, the cloud computing market still lacks the necessary infrastructure to fully take advantage of these technologies,” Tedrick concedes.

While a new generation of data centres is being built by African companies across sub-Saharan Africa, and the big, international cloud providers have started to build their own facilities in the region, cloud infrastructure on the continent is still concentrated in South Africa and a few other countries including Kenya and Nigeria.

The lack of a strong presence of the big three cloud companies — AWS, Google and Microsoft — throughout Africa has so far ensured limited use of serverless computing, agrees Mike Davis, founding partner of investment firm Olive Tree Ridge. In addition, companies need to develop digital transformation policies to make the change to serverless, he says.

“Adjusting the infrastructure architecture to support and embrace serverless computing at scale is not an easy undertaking and organizations may be hesitant to invest as many of the benefits are theoretical and based on assumptions that are often substantiated by computing platform providers,” says Davis.

Once touted to be the killer of traditional voice calls, VoIP (voice over IP) has not lived up to its expectations and seems to have been overshadowed by virtual meeting platforms such as Zoom and Google Meet, which can be accessed on phones.

The VoIP promise was to offer a cheaper avenue to make calls, which is especially valuable as remote work becomes commonplace. Local telecom companies including those with regional reach, like Safaricom, have offered VoIP services as early as 2012, but the technology continues to be underutilized in Africa. It nevertheless has potential, say industry insiders working to develop VoIP systems for the African market.

“It is a revolution that has not happened in Africa,” says Micky Watkins, CEO at World Mobile. His company has figured a way to use VoIP in launching micro-networks in underserved areas. Watkins said that offering internet voice calls in far-flung areas work better than GSM networks if the internet installation is done properly.

To achieve this, World Mobile pulls the internet from a fibre node and connects it to its autonomous, solar-powered tower that redistributes the broadband as Wi-Fi.

PWAs, progressive web apps, are still not pervasive in the African market despite being available for half a decade.  PWAs encompass a set of web technologies that bring web apps closer to function as native mobile apps. Features include offline mode, quick start-up and push notifications.

Because PWAs are hosted online, they work across all devices. For developers, having this power on the web means that the costs of developing traditional, OS-native apps can be avoided. Twitter, Facebook and other major social networks have PWA versions of their apps.

There are some companies using PWAs in Africa, but lack of development talent has likely hampered the exploration of PWA and its sister technology, Trusted Web Activity. TWA offers PWA developers the option of offering their applications in app stores just like native apps. More skills in this sector can help companies and enterprises create low-cost, MVP (minimum viable products) PWAs before launching full-blown app products.

This touchless technology has not lived up to its hype, especially in Africa. Touted as a game-changer in the mobile payment ecosystem a while back, NFC has not seen much adoption.

In 2014, a system pioneered by Google to introduce cashless payment through NFC cards did not take off and subsequent attempts have not yielded much fruit.

In 2017, for example, Kenya’s leading telecommunications firm, Safaricom, launched an NFC-based, one-tap payment system through a phone sticker, a wrist band or card, but it has since seen little use over the years.

It seems more users in Africa are comfortable with the use of mobile money, like Safaricom’s M-Pesa service, despite the several steps it involves in making payments.

Some businesses, though, find NFC to be a useful technology for certain applications, and it is being implemented by several banks and supermarkets through loyalty cards.