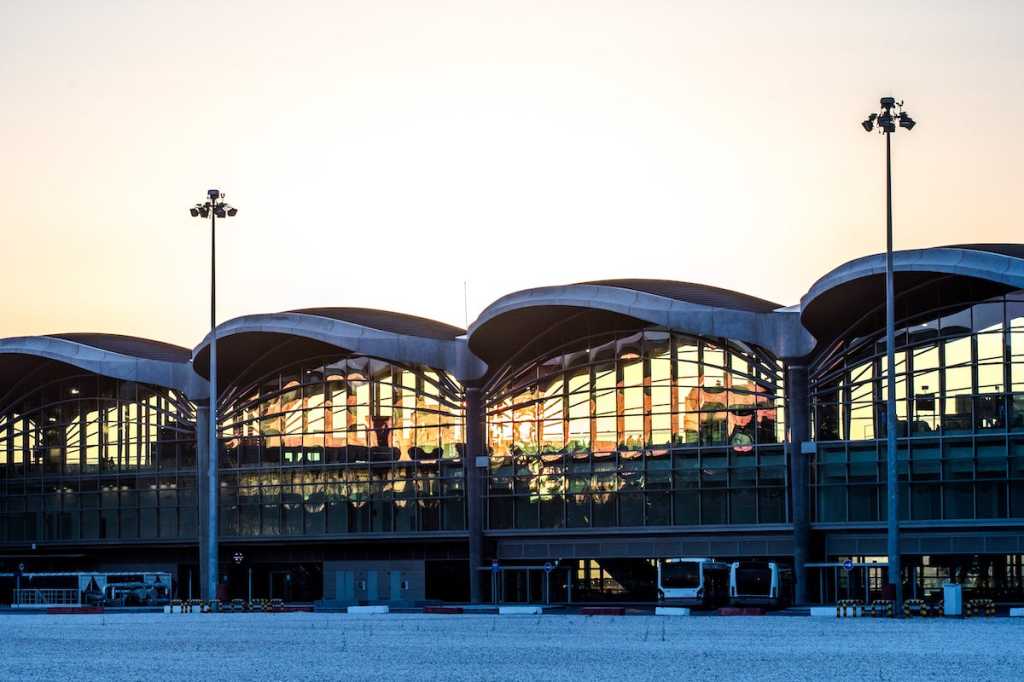 After serving 9 million passengers in 2019, Queen Alia International Airport in Amman expected a busy 2020, hosting an increasing number of travelers and moving ahead with plans to modernize its infrastructure. Then the pandemic hit.

The airport had been making steady progress on plans to complete the first phase of a digital transformation of the airport’s IT infrastructure, migrating services and applications to a cloud architecture, when the spread of COVID-19 forced restrictions on travel, grounding flights worldwide.

As early as May, the Airports Council International (ACI) trade associations estimated that in 2020, passenger traffic worldwide would amount to less than half of what was previously projected for the year. A nationwide curfew in Jordan, meanwhile, threatened to disrupt the IT upgrade project at the Queen Alia airport (QAIA).

With a COVID-9 lockdown causing a move to remote work, QAIA deployed desktop-as a-service (DaaS) technology to train its dispersed staff and complete the IT migration

IT plan calls for migrating systems to the cloud

The modernization of the airport’s infrastructure had been going on for a while, and  included a total physical overhaul completed in 2016. With the new airport terminals in place, Airport International Group (AIG) the airport’s operator, set their sights on modernizing QAIA’s IT systems.

AIG turned to Amadeus, an international firm specializing in airport technology, to integrate QAIA’s IT services and migrate their management systems to the cloud.

“Traditionally, these systems are on-premise. Airlines and service providers need to be physically connected to the airport in order to access and provide services,” explains Waseem Alrousan, director of IT for AIG. In order to stay agile and flexible, AIG and Amadeus set to integrate these services to the cloud-based AMS system.

AIG began migrating services and applications to Amadeus’ Airport Management System (AMS), which is hosted on a private, proprietary cloud. The integration with AMS is designed to allow QAIA to manage myriad points throughout the passenger journey, including check-in counters, boarding gates, baggage claim, flight information systems, via a streamlined cloud-based architecture —rather than through the collection of disparate applications and resources it had been using in the past.

The first phase of the migration was well underway and set to be completed in July when COVID-19 hit, effectively shutting down the Kingdom. Consultants and implementation engineers were grounded, and for a moment it seemed as if the years-long IT transformation plan was going to crash land just months before completion of the first phase.

“We were training our employees and stakeholders on our new systems when the lockdown began,” recalls Alrousan. “There was a nationwide curfew, flights were canceled, and many of our consultants were not in Jordan. This presented a huge challenge.”

In addition to training for the airport’s new cloud-based AMS, employees needed access to mission-critical applications to support business continuity during the pandemic, and experts from Amadeus who were not in Jordan needed to continue working collaboratively with stakeholders in Amman.

To stay on track, AIG needed to act quickly to give employees, consultants, and other stakeholders access to critical tools and information that were still only accessible on-site. To that end, AIG turned to Nutanix. “We implemented the Nutanix Xi Frame in just three days,” says Alrousan. “It immediately put us in a good position to be responsive and adapt to a drastically changing situation.”

Xi Frame, a desktop-as-a-service (DaaS) system, allows end users to access virtual desktops from any device. Users access Xi Frame via any web browser and log in using their individual credentials. The Xi Frame portal provides always-on, remote access to the applications and services that would normally be available on-premises. Xi Frame does not require end-users to use a VPN for security or encryption, which can cause lag and slow down workflows. Rather than requiring a VPN the software uses mirroring — only screen images, keystrokes, and mouse clicks are transmitted between the cloud and the end user device, while processing occurs only in the cloud.

With Xi Frame, AIG was able to set up virtual desktops to allow employees to have remote access to work-related tools and applications and continue training on the new AMS system. Additionally, AIG established a virtual control center for its operations team, accessible through Xi Frame, which allowed for secure, remote access to critical systems including the AMS, Airport Operations Data Base (AODB), and Airport Resource Management System (RMS).

“If we hadn’t used Xi Frame, we would have needed to purchase 30 to 40 laptops which would have taken weeks to receive, particularly with delays in shipping due to the pandemic. Then it would have taken at least another week to install and secure software and applications and prepare them for use,” says Alrousan. “With this solution, it is just a matter of clicks to provide the same access.”

With the Xi Frame in place, AIG was able to complete the first phase of their digital transformation by the July deadline. A globally dispersed team of over 50 consultants, implementation engineers, and other project stakeholders were able to continue working with minimal disruption because of the virtual desktop solution. Nearly 40 employees have used the Xi Frame solution to complete their AMS training.

Though the Kingdom of Jordan is bracing for a second wave of COVID-19, Alrousan feels ready for whatever the future may bring. “Now, if a new desktop is needed, we can deploy it almost immediately. We are able to move forward with our plans with flexibility and confidence.”