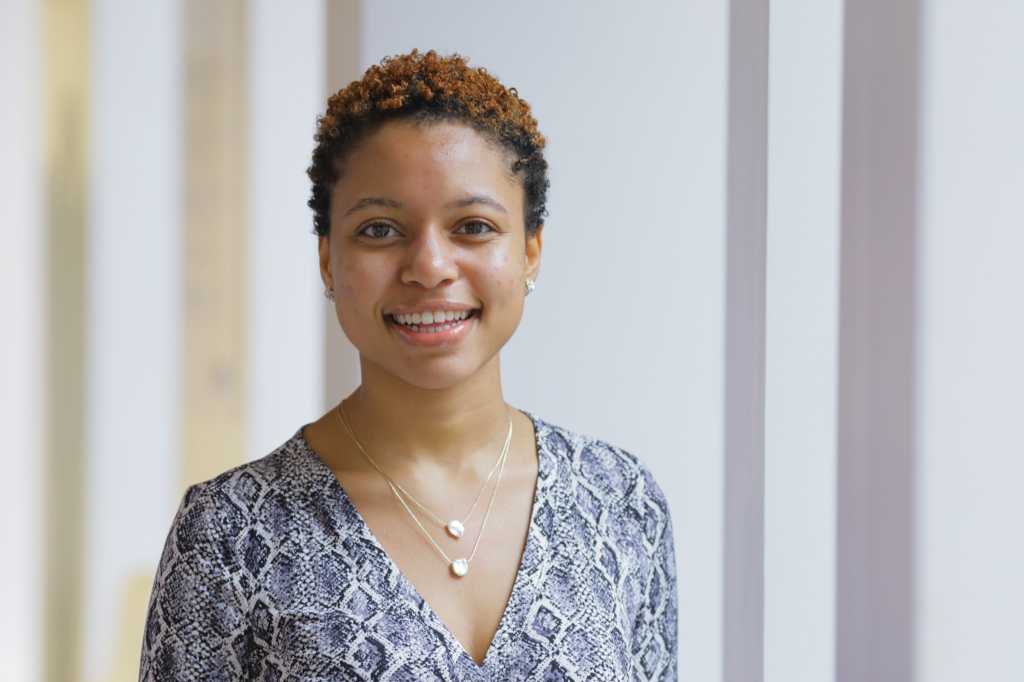 For Mikayla Dyer, establishing a career in IT has been a rewarding if arduous journey.

As a student at Borough of Manhattan Community College, Dyer originally planned on a career in human resources until her “innate curiosity” led her to attend an information session hosted on campus by Year Up, a careers organization that opened her eyes to IT as a possible path for her future.

“The main takeaway for me was that this one-year training program utilizes a high-support, high-expectations model where students learn in-demand skills and apply them during a six-month corporate internship,” she says.

As a first-generation American of Jamaican descent, Dyer says her family has always emphasized the importance of education as a way to “unlock opportunities,” and she felt Year Up offered a unique chance to jumpstart her career path.

Year Up is one of several organizations seeking to bridge the opportunity divide. Founded in 2000 in Boston as a career program designed to serve economically disadvantaged urban young adults ages 18 to 24, Year Up has since grown to 35 campuses across the U.S., including in Atlanta, Baltimore, Chicago, New York, Providence, the San Francisco/San Jose Bay Area, Seattle, and Washington, D.C. For Dyer, the decision to enroll in the Year Up program proved to be a turning point.

“Much of my success in pursuing a career in IT is attributable to Year Up for creating a coaching environment which helped me to uncover my potential and aspirations,” Dyer says, adding that the program presented the perfect “rare opportunity” to help young adults like herself who “do not come from traditional recruitment channels [such as elite or private universities].”

But it wasn’t easy. During Dyer’s time in the Year Up program, she attended Borough of Manhattan Community College part time and worked around 30 hours each week as an accounting clerk. Once she had completed her training, Year Up matched Dyer’s skill sets with an IT project manager internship at Morgan Stanley in its Wealth Management Technology Division.

Thanks to “tremendous amount of support offered by both Year Up’s community and Morgan Stanley’s organizational culture,” Dyer’s hard work paid off. She successfully completed the program and is now working as an Agile Scrum master at Morgan Stanley.

Dyer’s experience is part of a larger story unfolding across the IT industry, one in which companies seeking to establish new pipelines for overlooked talent are finding members of traditionally underserved communities making good on hard work and new onramps to careers in IT.

“If you’re not already tapped into Year Up as a talent pipeline, you’re putting yourself at a competitive disadvantage because you’re missing out on a pipeline of ambitious, driven, gritty young adults who want an opportunity or need an opportunity,” says John Galante, managing director of financial services at Year Up and retired CIO of the consumer and business banking divisions of JPMorgan Chase. Galante is also responsible for bringing the Year Up program to JPMorgan Chase during his time as CIO, recognizing it early on as a way to diversify the talent pipeline while bringing opportunity to individuals in underserved communities.

Corporations can sponsor a Year Up intern for $27,500, a fee that goes toward the intern’s stipend as well as to cover expenses associated with providing for the intern’s training and education.

The program is rigorous. Students spend the first six months receiving training for soft skills and technical skills. Once trained, they spend the next six months working as an intern for their corporate sponsor. Throughout the internship, students are given regular feedback and meet with other interns and career advisors weekly to review their progress and go over any additional training they might need.

That structure may be why the program is so successful. A 2018 PACE report found that 83% of Year Up students were employed full-time four months after graduation, 77% earned $15 per hour or more, and 41% were employed at their internship sponsor.

Year Up graduate Susie Mendosa acknowledges the program’s rigor as a large part of its value. Mendosa, whose daughter was two when she entered the program, started her days early with daycare drop off before heading to her Year Up training, followed by her job as a chiropractic assistant. Her days ended around 8pm or 9pm, when she’d go home to care for her daughter and work on her assignments for Year Up.

“The weekdays were long, but they were completely worth it,” says Mendosa, who is another perfect example of the type of talent Year Up is recruiting: driven, hardworking young adults dedicated to taking full advantage of the opportunities provided by the program. All that hard work has paid off for Mendosa as well: She now works as a business operations analyst in the service management engineering department at LinkedIn.

“Now I work at LinkedIn, where I have been able to build so many relationships and grow within my career. I can also pay it forward to the Year Up program by leading the internship program here at LinkedIn,” Mendosa says.

Year Up offers extensive support to students through the year-long education and training process in a way you won’t see from traditional internship programs. In a traditional internship program, students are typically expected to have the resources available to take time off, work for free and to operate around the company’s schedule. Students who participate in Year Up typically don’t have that luxury, but with the right amount of support from the program and corporate sponsors, these talented individuals are able to bridge that gap quickly to accommodate any needs they might have.

“The program is both a learning curve for IT knowledge and personal development. Entering the program, it’s important to be vulnerable in understanding your current situation or hardships in life, and your plan on being able to move forward with the challenges you may need to overcome,” Mendosa says. “Having grit above all, and not letting those challenges overwhelm you is a challenge in itself.”

Investing in your talent

“I’ve seen huge demand from corporations and corporations that are committing more than ever to diversity, equity and inclusion and really making an impact. And we’re seeing that demand firsthand across the board,” Galante says.

JPMorgan Chase, for example, aims to hire at least 65 percent of its more than 350 Year Up interns each year, according to Russ Cassar, head of operations technology at JPMorgan Chase. The company has met or exceeded that goal each of the past two years, he says. The majority of JPMorgan Chase interns are junior software engineers, but the firm has also hired Year Up interns in technology operations cybersecurity, production management, and application support.

“The partnership is a great way to recruit talented young adults who may not have had access to traditional internships while at the same time being intentional about supporting youth in the communities where we operate,” Cassar says.

Year Up acknowledges that its students typically won’t always have the luxury of taking a year off to complete the program. The program takes each student’s unique situation seriously. Whether that student is low income, doesn’t have access to healthcare or has a rocky living situation, Year Up is committed to ensuring the program works for the student, rather than expecting the student to adapt their life to the program.

For example, Galante references one student at Year Up who was living in a homeless shelter at the time he started the program. After working to get him set up with the resources he needed to complete the program, he is now working as a software developer and living in his own apartment just three years after graduating the program.

“Take somebody who’s working retail,” Galante says by way of example. “We’ll try to work with them on how they can change their schedule so that they can come through the program at the same time and not lose too much income while they’re in the program. And we do have some hardship cases where we go above and beyond financially. Depending on the situation we do the best we can, in terms of working with them to support them to make sure that they’re successful.”

A culture of constructive feedback

Year Up encourages a culture of feedback — both for interns in the program as well as for leaders in the organization. Galante’s team works hard to ensure students are being taught the most in-demand skills for now and the future.

“There’s a lot of coaching and we always set high expectations in terms of achievement but offer high support in terms of making sure that they’ve got everything they need to achieve those goals,” Galante says.

Dyer says the rigorous training, hands-on experience, and regular feedback offered by the program helped push her into a career she didn’t know she wanted prior to joining the program.

“I was able to make a very smooth transition into my role because Year Up offers real access to resources and job training for upskilling myself — especially while switching industries. For that reason, I’d deem my fellow alumni and I as a living testimony that Year Up is a proven path for young adults to successfully launch [IT] careers,” Dyer says.

“It’s thanks to Year Up for connecting me with this golden opportunity to get my foot in the door, make connections and gain valuable hands-on experience working at a major company while further developing my skills in a dynamic, innovative, collaborative workplace,” she adds.

Mendosa says the program taught her that a career in the IT industry had more to offer than she expected. She also realized that her career path can be more flexible than she thought, adapting and changing as she discovers new ways to be successful in her career.

“Success is not just a straight line,” she says. “Changing and growing your career also means growing personally to push yourself into feeling comfortable being uncomfortable, because that is where growth happens. These are not things we are taught in the communities or environments we come from, but it’s part of what Year Up teaches us.”