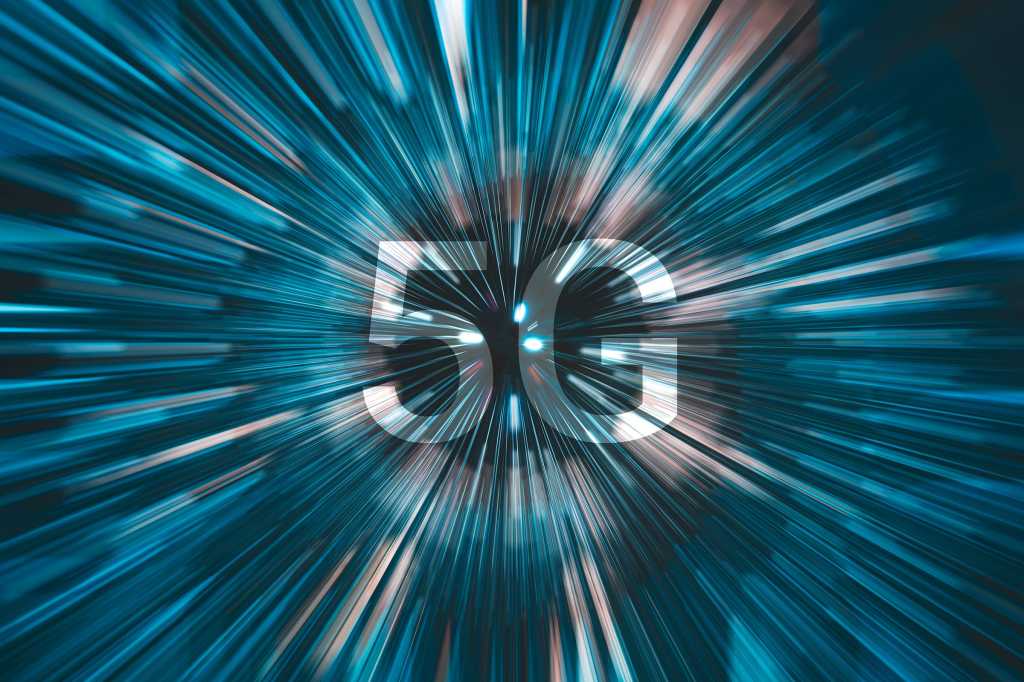 5G mobile technology will spur innovation and enable businesses in sub-Saharan Africa to optimise operations and offer new services, but widespread network deployment and application implementation are still at least a few years away.

That was the word at the recent AfricaCom conference, the biggest tech conference on the continent, which took place as a virtual event earlier this month. 5G was one of the main topics, and while a range of telecommunications executives forecast big things for the next generation mobile technology standard  — initially for manufacturing and industry applications — there was also a great deal of caution around timelines for implementation.

The discussions at the conference made it abundantly clear that a lot of work still needs to be done before the ground-breaking technology fulfils its vast potential. 5G comprises a set of standards and technologies designed to enable transmission speeds up to 20 times faster than 4G. Service providers throughout the continent are currently running a few 5G networks, from which they are drawing important data and research. But most are essentially pilot projects, or if they have been commercially deployed, are still in their infancy and have not had widespread uptake by users — either enterprises or consumers.

Widespread 5G use is 4-5 years away

Speakers at AfricaCom projected that it would be at least four or five years until widespread 5G connectivity was available for Africans. The forecasts were not that much different than those heard at last year’s AfricaCom conference.

Of the more than 50 countries in Africa, only a handful have already deployed 5G networks that are currently in use now, including South Africa, Nigeria, Kenya, Uganda, Lesotho, Tanzania, Madigascar and Seychelles.

Yet user appetite is growing, and progress is being made. Ericsson’s latest Mobile Report estimates that mobile traffic in general will grow sevenfold in the next five years in the region, and forecasts 50 million 5G subscriptions by the end of 2026.

Now is the moment to lay solid foundations for 5G  connectivity and much of that work is already happening, according to AfricaCom speakers.

A great deal of attention needs to be paid to current investments in order to ensure that the transmission networks will be able to handle the added load when it arrives, according to Chafic Traboulsi, Ericsson’s vice president and head of networks for Middle East and Africa. Ericsson is currently running two 5G networks on the continent — one in South Africa and one in Madagascar. Initial network deployment should focus on cities, as that’s where the 5G demand will initially come from, Traboulsi said. He mentioned four areas where specific investments will accelerate 5G growth :

There are already encouraging signs of real progress happening in Africa.

The island nation of Seychelles has already taken significant steps towards full 5G, and their experience provides good advice for countries that are just now embarking on that journey. CTO of Cable and Wireless in the Seychelles, Shoaib Khan, explained how in early 2018, their growth prediction suggested they would reach mobile network capacity by mid-2020. That was the catalyst to begin work at looking into an overlapping spectrum that supports both LTE and 5G.

After a year of research, Cable and Wireless began working with mobile hardware vendors to allow 5G connectivity on the 2.6GHz band, and then they were able to deploy a 5G network in June. Khan said 5G rollout has to be a slow, steady process, and investors, companies and governments should expect to spend around two years getting it right.

Cable and Wireless selected a dual-purpose spectrum and supported a dual network in order to spur network uptake from day one. “You can’t be in a position where you’re waiting for 5G mobile devices — you have to make it revenue generating from the very beginning,” Khan said.

Device compatibility and efforts to combat latency are vital, Khan said. Carriers should not rely on network protocols alone to boost the end-user experience. “We brought the content closer to the customer. That meant bringing in edge data centres from the service providers, so when you open a streaming service, we have the node sitting closer to the customer and it’s made a significant difference in the quality of service we can offer,” Khan said.

Lack of expertise, handsets are hurdles to 5G

Cable and Wireless has had two big problems so far, Khan said. The first is a lack of technical expertise in 5G in Africa, although that will change over time as the technology becomes more widespread. The second issue is that there are certain mobile handset manufacturers whose products are locked for the Africa region.

Many of the panellists during the course of the event struggled to lay out a compelling immediate reason for why consumers need 5G, other than faster speeds and better quality service, but they were much more bullish on enterprise uses of 5G.

Industry will take the lead on 5G

Perhaps the most drastic digital transformation is expected to take place within the industrial sector, where companies are seeking to bolster edge networks and IoT applications. Enterprises in the energy, transport and other industrial sectors will seek to deploy 5G to support systems and applications for monitoring, control and data analysis, which in turn will support new services and optimise operations.

Some of the applications cited at the conference included industrial robots and connected machines within the manufacturing sector, autonomous vehicles and asset tracking within the logistics sector, as well as environmental monitoring and inspections via drones within the energy and utility sectors.

Those use cases are already being tested with great results in the mining industry. “The future of mining will involve some form of remote control,” said Dejan Kastelic, Vodacom Group CTO. “There will no longer (be a) need to travel underground but in order to do this, you need a robust, reliable, low latency communications system that ensures productive and safe operation of the machines.”

Telkom ran a 5G-connected mining vehicle trial using Aard mining equipment, load-hauling vehicles designed to transport ore from the blasting area to the surface using 5G networks. “The machine is the most granular point in the mining operation in terms of productivity and money. That is where your data baseline gets built up,” Kastelic said.

The test was a precursor to deploying the application on a Mobile Private Network with enterprise customers. The service is designed to enable enterprise customers to improve productivity and asset utilization through data analytics, machine learning, and automation.

To make widespread deployment of 5G-enabled applications a reality, though, regulators need to work with service providers on spectrum allocation, AfricaCom speakers said.

The spectrum situation is dire in South Africa, although there is hope on the horizon with the long-delayed spectrum allocation scheduled for March 2021, according to Nicholas Naidu, managing executive of Technology Strategy, Architecture and Assurance at the Vodacom Group. But the country hasn’t received new spectrum in 14 years. “It’s not going to be possible to repurpose,” Naidu said. “You need new frequency bands and in the right quantities to realise the potential.”

In Africa, there needs to be a bigger focus on migrating the C band, Naidu said, adding “it’s being occupied by legacy operators not using it effectively. We want to see everything from 3.3Ghz to 3.8Ghz being brought to market for 5G to enable the true experience of 5G technology.”

This is not to say that there is no progress. Countries like Mozambique and Tanzania have taken the initiative and Seychelles is forging ahead but, by and large, progress has been slow.

Naidu believes that “the focus should be on bringing all the spectrum available to market. For every 10% increase in mobile broadband penetration, there is a corresponding 1% increase in GDP. In the absence of new spectrum, there may be a degradation in UX as you are sharing spectrum with 2, 3, and 4G so it might degrade the overall customer experience.”

Ericsson’s Traboulsi agrees when he says that “where we have a supportive regulatory framework, the uptake and investment and the digitalisation of the country is happening at a much faster rate.”

Judging from the discussion at AfricaCom, the next few years are going to be critical in realising Africa’s ambition to use 5G to make the most of emerging technology.