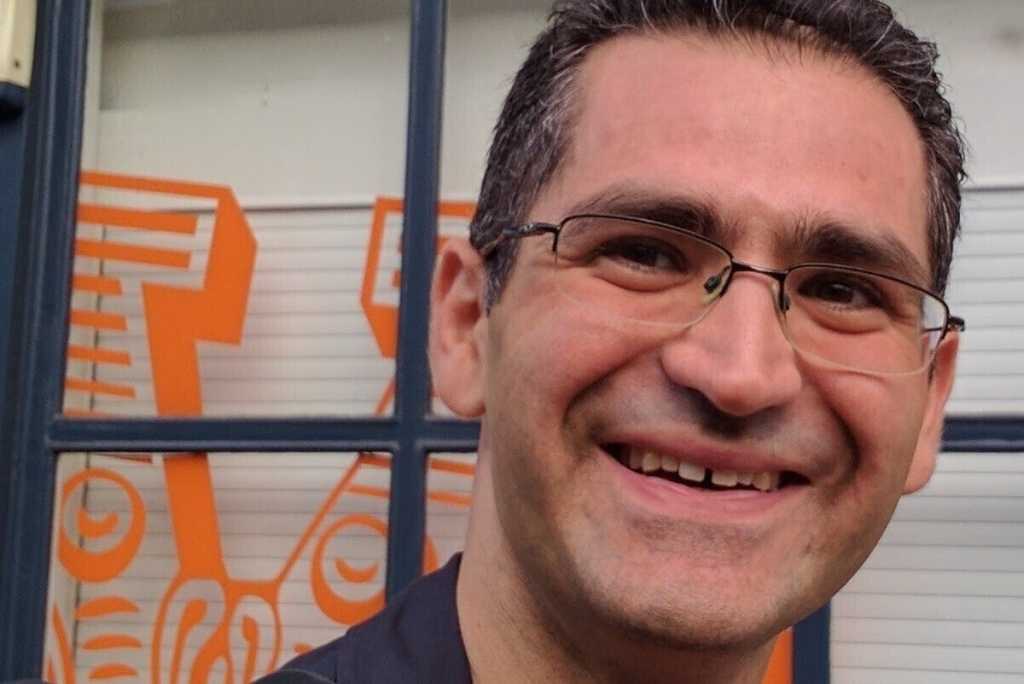 Established in 1974, Anthony Nolan is a non-profit that matches stem cells or bone marrow donors with patients suffering from blood cancer and blood disorders in need of life saving transplants.

From an IT perspective this means serving a small but complex organisation that is equal parts charity, social enterprise, research institute, and laboratory.

Danny Attias joined Anthony Nolan as CIO four years ago, inheriting an IT function that had not been particularly strategic in its technology investment decisions. “We had systems which were bought or built, implemented, and then people would walk away and they would be used until they were no longer working,” Attias tells CIO.

That had to change.

Since 2016, Attias has developed an approach to technology investment at Anthony Nolan that focuses on ensuring that “everything we put in — whether it be infrastructure, data management tools, or systems that we buy or build — we want that system to be fresh all the time,” he said.

This approach has led to a broad shift towards cloud infrastructure and software-as-a-service tools, including moving homegrown systems onto Microsoft Azure or Google Cloud infrastructure and moving from an on-premises CRM system to Dynamics 365, which can be upgraded and patched on an ongoing basis, even by a small IT team.

“We are unpicking stuff that we put in just three years ago, but that’s just continuous development, rather than being seen as a large major project of replacing something,” Attias says. For example, Anthony Nolan recently successfully migrated its CORAL stem-cell donor management system from Dynamics on-premises to Dynamics 365 and is planning a similar move to manage its charity fundraising activities too.

“One of the reasons we chose platforms like Dynamics 365 and we have an evergreen strategy is because they’re continuously evolving. A new feature pops up, you switch it on,” he says.

Attias has been working tirelessly with the senior leadership team at Anthony Nolan to show how technology could help the organisation achieve its goals of saving lives.

One area where the embrace of new technology was borderline glacial was in the laboratory environment, where scientists — who handle approximately 100,000 DNA samples from stem cell donors and patients each year — were understandably resistant to Attias and his team touching their systems, even if they were in dire need of upgrading.

Attias and his team started with a set of workshops, where they looked to identify researchers’ pain points, but trust was not easily gained.

“At first, it was difficult to even get them to come to the meetings. Labs has historically been quite underresourced, they just didn’t have the time to collaborate,” he said. Only after nine months of discussions and demos did the scientists really start to engage, but once they did, they were often first at the meetings.

DNA sequencing and processing requires a lot of computing power and Attias has overseen a gradual shift towards leveraging more flexible cloud services and high-performance networks to reduce its reliance on expensive and complex hardware, as well as modernising the front-end systems researchers use to query that data.

“They were visibly excited about features and functionality that to most people will look pretty boring. To them it’s a leap forward by a decade in just the way they search or they filter or they exchange data,” Attias says. “Improvements like this can help save lives, and that is worth fighting for.”

From CIO to CDIO

This broad shift for the organisation led to a job title change for Attias earlier this year, from CIO to chief digital and information officer.

“That just means that we’ve got somebody driving that digital vision for the organisation. That gives me the position to hold the conversation about what our digital future will be,” Attias says.

The D in that title could just as easily stand for data, as gaining new insight is also at the heart of what Attias wants to achieve across the whole organisation, from fundraising to DNA sequencing. “We’ve spent four years establishing a data community, a data culture, data competencies as part of our five-year data strategy. We’ve now got the basic tools and governance, we’ve got most of the data pretty well organised and we have the real time reporting and are just starting to play with insight,” Attias says.

One experiment Attias’s analysts have run is how to better predict the time it might take for someone to follow through with donating their cells. “What we’re interested in is patient outcomes, patient survival, and quality of life. The way we can deliver that is to give the best quality cells, based on our research, as quickly as possible. That’s the key. So as much efficiency and optimisation, from process, from data, from predictive analytics that we can do to reduce the time, the better,” Attias says.

Like many organizations, a majority (85%) of Anthony Nolan staff have been remote throughout the pandemic, with a small group of laboratory-based staff remaining on site in North West London.

“Cancer hasn’t taken a break during the pandemic and so neither have we,” Attias says. “We were really lucky that a lot of the technology that we’ve been putting in place in terms of our infrastructure had really come to the fore at almost a perfect time.”

The main early hurdle was hardware. “We had implemented a new Citrix infrastructure, but we didn’t have any laptops,” he said. Employees were asked to use a home PC where possible or grab one of a few Chromebooks the IT department had lying around.

Today that Citrix virtual desktop infrastructure is largely gone, in favour of Windows Virtual Desktop, and many employees have been given new Dell laptops with Microsoft Autopilot builds.

“The pandemic really helped put an end to the question of who should have a laptop and who shouldn’t, because the answer is everybody,” he said.

Danny Attias was named as the leading CIO in the 2020 UK CIO 100. A video interview with Danny from the CIO 100 conference can be seen below and the full list of winners can be seen here.