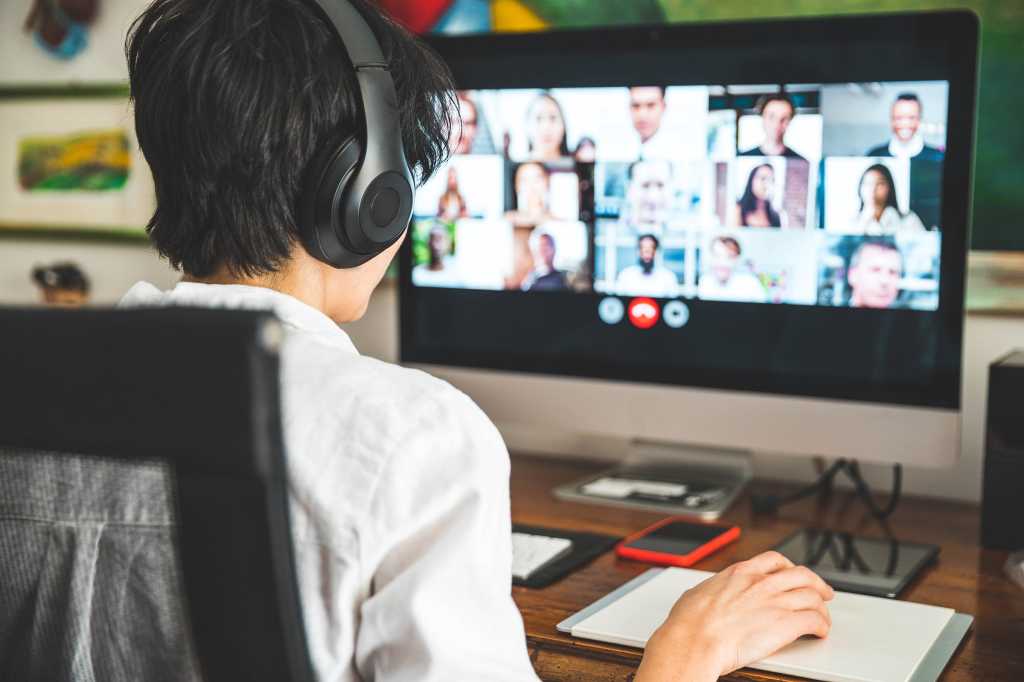 For the past 20 years, Progressive has hired 70 to 90 summer IT interns, who are all housed full-time on the Cleveland, Ohio, or Colorado Springs, Colo., Progressive campuses from May until August. The internship program is an important part of Progressive’s IT hiring strategy — they aim to extend job offers to at least 90% of their interns at the end of the program.

Completing internships is a typical cornerstone for most college students, but COVID-19 has forced some companies to postpone or cancel internship programs due to workplace restrictions. Despite its quickly implemented work-from-home mandate in March, Progressive didn’t want to rob its incoming summer interns of the chance to gain vital job experience, even if they couldn’t do it onsite.

“Once we heard about COVID-19, which was before the summer internship program started, the decision was made by our executive teams [to keep the internship]. We didn’t know how we were going to do it, whether it would be a hybrid model, a delayed start, or a shortened internship,” says Gabe De Leon, program manager for collegiate and MBA recruiting at Progressive.

As the start date of the internship grew closer, internship program leaders worked closely with business leaders to draw up a plan, ultimately deciding to make the internship 100% virtual. The announcement to incoming interns was met with relief, according to De Leon, as students were concerned the internship would be cancelled entirely.

Making the decision to go virtual

Jane Shaw is an IT manager at Progressive who is also an IT internship program manager personally responsible for hiring entry-level IT workers. The internship program is an important talent pipeline for Shaw’s team, and she worried whether a remote experience would convince interns to accept a job offer at the end of the program. Her chief concern? Conveying culture.

“We were really worried about, ‘How are we going to be able to help our interns really see and feel our culture.’” Shaw says. “But at the end of the summer, all of our interns said, ‘We felt the culture here, we got the feel of it,’ and that just felt really good, that we were able to accomplish that without them physically being with us.”

Om Adhikari was an IT systems engineer associate intern at Progressive over the past summer, and was concerned when the pandemic first hit. He saw his friends’ internships being cancelled and wondered whether his internship would meet the same fate. When he got the news that Progressive planned to take the summer IT internship program virtual, he was excited to still have the opportunity, but unsure of how he would be trained and how he would perform remotely.

But the onboarding process erased Adhikari’s initial fears. “Everyone was very accommodating with all the questions I had about technical things. I had great time interacting with the managers and other interns during the interview process. Therefore, it was not difficult to connect with my co-workers either,” he says.

Leveraging the tech you already have

Progressive was able to lean on tools it already used in-house to make the virtual internship shift, including Microsoft Teams for video meetings and other in-house services for project- or team-specific needs.

“I was able to connect with everyone I had the opportunity to work with,” Adhikari says. “I consider myself an introvert, so to get out of my comfort zone I reached out to all my co-workers and other interns for anything I needed to clarify. All of them were so comforting and caring — I was able to get a good feel of the office culture working remotely.”

Typically interns get everything they need on their first day in the office, but this year the IT department had to get creative. After getting everyone’s addresses, IT mailed all the necessary equipment to interns, wherever they’d be working from. Some interns were still in dorms, others went to a parent’s house, and some stayed in apartments where they attended school.

Interns received laptops, monitors, keyboards and other peripherals one week before their internship start date. On their first day, IT went through an onboarding process to help get them set up on the network and logged in to the necessary systems. Because most Progressive interns are STEM grads, the setup learning curve was pretty low.

“By the mid-morning everyone was up and running and we continue with the onboarding process with a lot of icebreakers introductions, giving them an overview of progressive the department that they’ll be working in. So a lot of it was a it was a full day orientation and then the second day was really meeting their new team members and learning a little bit more about their specific project,” De Leon says.

At Progressive, every intern is paired with a mentor — typically someone who went through the internship program themselves. Mentors volunteer for the opportunity, so interns are always paired with someone who is invested in being a strong mentor for incoming interns. Interns are placed on project teams and fully integrated into team meetings, events, and daily check-ins to make sure they feel part of the culture.

Interns are also placed on team projects right away so they can learn technical skills such as C#, Angular, and AWS, along with business methodologies such as Lean and agile. Interns also have the opportunity to virtually meet with clients, sit in on team and client meetings, review code, learn how to develop software, and gain a better understanding of the ins-and-outs of business and IT, Shaw says.

“The training was helpful; [trainings] were designed to give us a better view of what everyone did day-to-day,” Adhikari says. “We had one-on-one [training] if we needed something specific, there were group overviews and shadowing, and any of the full-time employees were there if you wanted to learn something else.”

Progressive also took extra time to coach and train mentors and managers on how to be more attentive to their virtual interns. “We really coached our mentors to be very mindful and thoughtful about it, knowing that they weren’t going to be able to look over and see that the intern was twiddling their thumbs in the office,” Shaw says.

Shaw and her fellow program leaders also decided to conduct more check-ins to ask interns how they were doing and whether they had everything they needed. “We loved our interns because they would actually tell us. And then we could quickly make those corrections,” Shaw says.

Supporting interns in their unique environments

Progressive prides itself “on providing a robust internship,” says De Leon. Students would typically live in the city where they intern and have the opportunity to do “meaningful work” while also getting to learn the city they might eventually work in if they do receive a job offer from Progressive.

Since they wouldn’t be able to offer that city experience, Progressive sought other ways to accommodate each student’s unique living situation. The company gave each intern a stipend to help set up their home office — whether that meant upgrading their internet connection or purchasing a desk or chair or other necessity they would normally get in office.

Progressive also sent each intern a $50 gift card to food delivery service DoorDash to use in lieu of company-paid lunches. They also sent care packages with memorabilia from the city they were originally supposed to intern in, as well as swag from Progressive such as backpacks, sweatshirts and water bottles. They also tried to include interns in as many virtual events, Q&As and non-work-related team meetings as possible, to give interns the full Progressive experience.

And for many interns, that experience paid off.

“Internships are difficult despite the circumstances; Progressive was very supportive of their employees. Keeping the internship program during this time is immense on its own. They offered everything for us to thrive and learn from the opportunity,” Adhikari says.