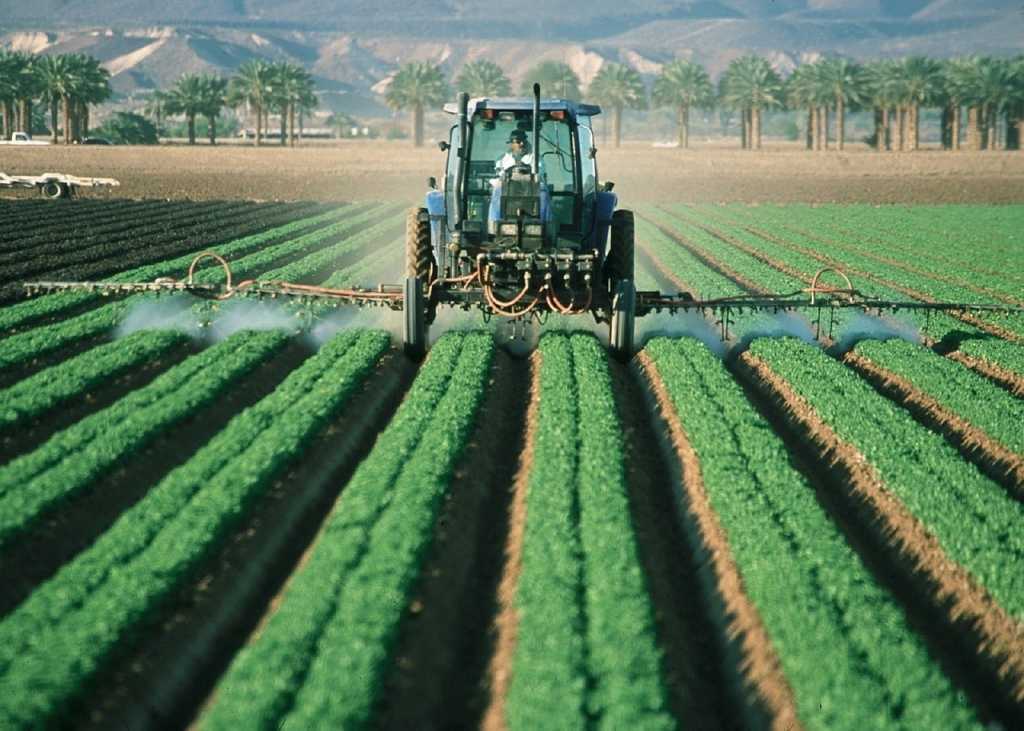 Before Israel developed a reputation for building innovative software and telecommunications systems, the country’s economic brand was associated with agriculture.

In the 19th century, Ottoman farmers exported the “Jaffa” orange overseas. The country became known for establish the farming collectives —  the kibbutz —  that boosted home-grown agriculture in pre-state Palestine. And a half century ago on a kibbutz in the Negev desert, a company named Netafim pioneered drip irrigation technology.

It’s not a surprise then that, alongside Israeli start-ups in networking and telecoms equipment, security and cloud software, and emerging technology including advanced AI and fintech, an ecosystem of hundreds of agritech start-ups has sprung up in recent years.

The start-up subsectors range from smart farming systems to crop protection to robotics. According to start-up Nation Central, a non-profit organization that tracks investment data, the venture capital influx into agritech companies surged by 58% to  $265 million in 2019. According to the latest figures available for 2020, agritech companies  raised $165 million by the end of November, according to the organization.

“It’s a massive market,” said Jack Levy, a managing partner at MoreVC, an Israeli venture capital fund with multiple investments in agritech start-ups. “The population is growing, people in less developed countries are consuming more, climate change makes it increasingly necessary to control what you can control… and people don’t want to picking fruit any more, which is an opportunity for autonomous robots.”

Political leaders from Prime Minister Benjamin Netanyahu on down have bragged that the country’s expertise in agritech could be used abroad to solve strains on the food supply and help the environment.  In recent months, the normalization of ties between Israel and Gulf countries UAE and Bahrain have spurred talk that growers and businesses in the parched Middle East will be thirsty for Israeli innovation in agriculture.

“In conversations that I’ve had with investors in the UAE, food and agritech are high on the priority list of interesting technologies coming out of Israel,” Levy said. “They are interesting in self-sufficiency and sustainability around their own agriculture” as well as other markets.

Following are some of the top Israeli agritech start-ups to watch in the coming year.

What they do: The start-up has developed an AI-powered platform that enables farmers to cut down on the use of herbicides by knowing, in-real time, when to spray weeds. The platform uses cameras that detect when and precisely where to spray to eliminate weeds.

Why they are a hot start-up to watch: The start-up raised  a seed round of $7 million in May 2020, with agrichemical giant Syngenta as one of the main investors.

What they do: The precision agriculture start-up uses photographs captured by store-bought drones to help small farmers locate ailing crops and cut down on the use of pesticides —  boosting crop yields and making the food chain more environmentally sustainable. The AgroScout app enables farmers to define the scope of their field, take hi-res pictures at low altitudes, upload the images to a cloud-based, machine-learning powered engine that analyses and makes recommendations on how to treat the field.

Why they are a hot start-up to watch: AgroScout graduated from an incubator run by Oracle and raised $3 million in a seed funding round in 2019. The start-up, which also received some financing from the Israeli government, runs a pilot program with PepsiCo and its grower partners in Latin America.

What they do: The company breeds plants with the help of a genetic algorithm to produce non-genetically modified seeds with higher yields, more nutritional value and higher resistance to disease. The result is “smart seeds” for pea, sesame, chickpeas and soy.

Why they are a hot start-up to watch: The start-up raised $10 million in February 2020, with the venture arm of chemicals multinational BASF as lead investor. Equinom has a partnership with plant based ingredient company Roquette. The company plans to introduce its high protein pea variety in the US in 2021.

What they do: The start-up develops machine vision technologies that continuously monitor and analyse plant health, development and stress. The technology captures climate and visual data from the ﬁeld and provides actionable insights to growers via mobile and web dashboards designed to increase crop yields, improve employee productivity and task planning.

Why they are a hot start-up to watch: Prospera entered into a strategic partnership with seed and crop protection company Bayer, to collaborate with greenhouse vegetable growers in Mexico. Propsera’s investors include Qualcomm and Cisco.

What they do: The start-up makes devices that work like a Fitbit for plants. Phytech harnesses data from IoT sensors that monitor tree trunks, stems, and soil to analyse the needs of plants, and give growers actionable data so they can optimise production.

Customers: The company says its platform is used by 600 top-tier growers on approximately 15,000 farms across the US, Australia, and Israel.

Why they are a hot start-up to watch: The company recently raised $23.5 million. Phytech’s irrigation management platform is used by farms that together account for 30% of global almond production, 35% of US apple production and 28% of US citrus production.

What they do: The company develops a fleet of airborne robots for picking, thinning, and pruning tasks in orchards. Tevel Aerobotics’ artificial intelligence-enabled software makes it possible to identify fruit types and blemishes, as well as knowing fruit has ripened enough to be picked.

Why they are a hot start-up to watch: The technology for fruit picking by drone is still in its infancy, and Tevel Aerobotics is one of the first companies to bring a product to market. The start-up raised $20 million round in October 2020.

What they do: Taranis makes low-flying UAVs that take ultra-high resolution images of crops. Using a deep-learning algorithm. The images give growers a close-up view of insects, disease and water damage, while Taranis’ platform provides agronomy expertise to make recommendations about how to care for the crops. The company says its system can cover an area of 400 dunams (400,000 square meters) in just six minutes.

Customers: The company claims about 19,000 customers in North and South America, Russia, Ukraine and Australia and uses its technology to monitor corn, soybean, sugar cane and cotton fields.

Why they are a hot start-up to watch: The start-up raised $30 million in July 2020. Investors include the venture arms of Hitachi and Mitsubishi. Netafim, a drip irrigation company considered a pioneer of agritech, is also an investor.

What they do: CropX helps farmers optimise water and fertilizer usage. It makes a precision agriculture tool consisting of soil sensors that are deployed in agricultural fields and a mobile app. The app analyses the soil structure and moisture content and computes the precise amount of water to maximize crop yield in each irrigation zone.

Why they are a hot start-up to watch: The start-up completed two acquisitions in 2020 of agtech companies in Nebraska and New Zealand. The company president is an alumnus of Netafim, the Israel drip irrigation pioneer and Israel Chemicals Ltd. is an investor.