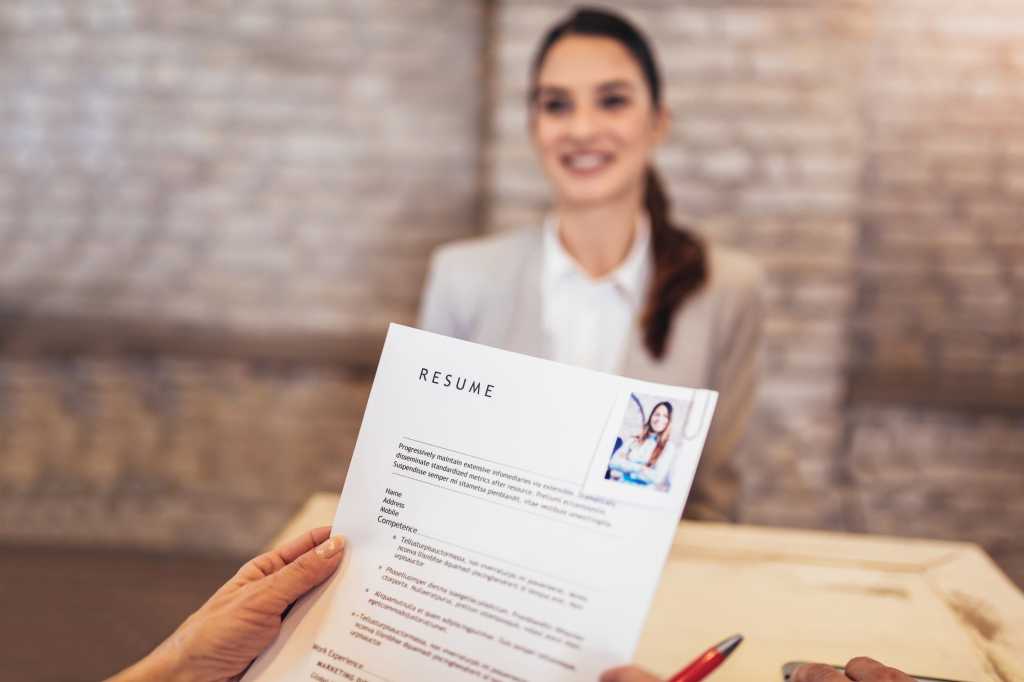 Objectively narrowing down your achievements, skills, and expertise when writing your resume can be daunting for anyone, especially for those with a storied career. IT leaders in particular can be susceptible to selling themselves short. Adept at weeding out candidates based on their resumes, IT leaders often overlook what sets themselves apart when writing their own.

Mark Weatherbee is one such IT leader who felt his resume didn’t reflect the true value he has created over his 31 years working in IT, calling it a “sea of black and white with no true focus.” He worried his resume would not set him apart from the competition in his search for a senior IT leadership position.

“It was long, showed too much from jobs that were over 20 years ago and provided information that is not important to future roles,” Weatherbee says.

We set Weatherbee up with Andrew Ysasi, president of Adamovio and vice president of Vital Records Control, for a resume makeover. Upon reviewing Weatherbee’s resume, Ysasi could easily see that Mark had extensive IT leadership experience and would be a perfect fit for a senior IT leadership position. But Weatherbee’s resume left the reader “unsure” of what roles he is interested in, Ysasi says, as well as the industries he has experience working in and the size of organization and teams he’s worked for in the past.

Separate yourself from the competition in your summary

Mark’s original resume offered a strong foundation, with the right structure, including a summary of his work experience up top to draw the reader in. But to ensure a strong fit and to stand out, Mark’s summary would need to highlight “his desired positions, the type of organizations he wanted to work for, and where he wanted to be employed,” Ysasi says, as well as “more quantitative elements” about his work experience.

“His summary was missing key details to separate him from his competition and help hiring personnel and recruiters qualify Mark for a role quickly,” says Ysasi.

Instead, those seeking senior leadership roles should put those details front and center in their summaries. To address this, Ysasi included more details about the industries Weatherbee had experience in, such as healthcare, nonprofit, and retail. He highlighted relevant skills that Weatherbee had developed from the start of his career and how those related to his current experience and influenced his career path.

It’s also important to use your summary to highlight strengths. Ysasi did so for Weatherbee by foregrounding his ability to communicate, report for accountability, and align technology to organizational strategic goals. He also included hard skills such as PCI and HIPPA compliance, vendor management, and cybersecurity. You don’t have to include all your skills in the summary — Ysasi suggests including a skills section for that right below the summary — but it’s important to highlight the skills most relevant to the position you’re applying for. Ysasi also made sure to note that Weatherbee is open to virtual positions and that he is open to relocating for the right opportunity.

Finetuning the resume to pop

Keywords are another important consideration to take notice of in your summary and throughout your entire resume. Ysasi made sure to include relevant keywords for positions he is interested in and helped Weatherbee identify which skills were relevant to include and what he could leave off.

“Andrew pushed me to show quantifiable achievements from my past that would be transferable to a potential new employer. Weeding out skills that had no impact to future roles was also an eye-opener,” says Weatherbee.

Ysasi also helped him bring his resume down from nearly two pages to a tight one-page document. If your resume needs to go beyond one page, it isn’t a deal breaker, Ysasi says, but if you can get everything you need onto one page, it makes the recruiter’s job that much easier.

Ysasi helped consolidate Weatherbee’s resume by bringing all the skills into a skills section right below the summary. Weatherbee already had a skills section on his original resume, but with some formatting techniques, Ysasi was able to make that section smaller while featuring the same number of skills by using a smaller font and three columns instead of two.

Ysasi was also able shorten the rest of the document by formatting the text with a smaller font and fewer spaces in between job experiences. The result is an aesthetically pleasing document that delivers all the necessary information on a single page, making it easy for recruiters or hiring managers to quickly determine that Weatherbee is the right fit for the job.

Weatherbee’s final resume succinctly highlights his expertise, skills, and qualifications, and it includes a headshot and a QR code that leads recruiters straight to Mark’s LinkedIn page. Its strategic use of color draws the reader’s eye around the document. Overall, Ysasi’s makeover shows that with some formatting and a little creativity, you can create a professional looking resume that will set you apart from others in your field.

Mark was happy with the final result of his resume, “especially the layout and modernization” that Ysasi’s resume designer created. While this document is a PDF, Ysasi also sent Weatherbee an “ATS friendly” copy in a Word document format. That’s something to consider if you go with a formatted PDF resume — you will need a backup copy that will work with online application tracking systems.

“They took something that would have probably been daunting for an individual to do and made it easy,” says Weatherbee.

Ultimately, Mark was impressed at how Ysasi helped him step back to evaluate his career with an objective eye. He was also surprised when he saw the skills, accomplishments, and expertise highlighted that he had overlooked when writing his own resume.

“It’s funny. I have looked at a lot of resumes and feel that I am pretty good at weeding out candidates. For some reason, when you look at your own resume, it’s more difficult to decide what should and shouldn’t be in it. It is easier when you aren’t connected to the information,” says Weatherbee.

More in our resume makeover series: