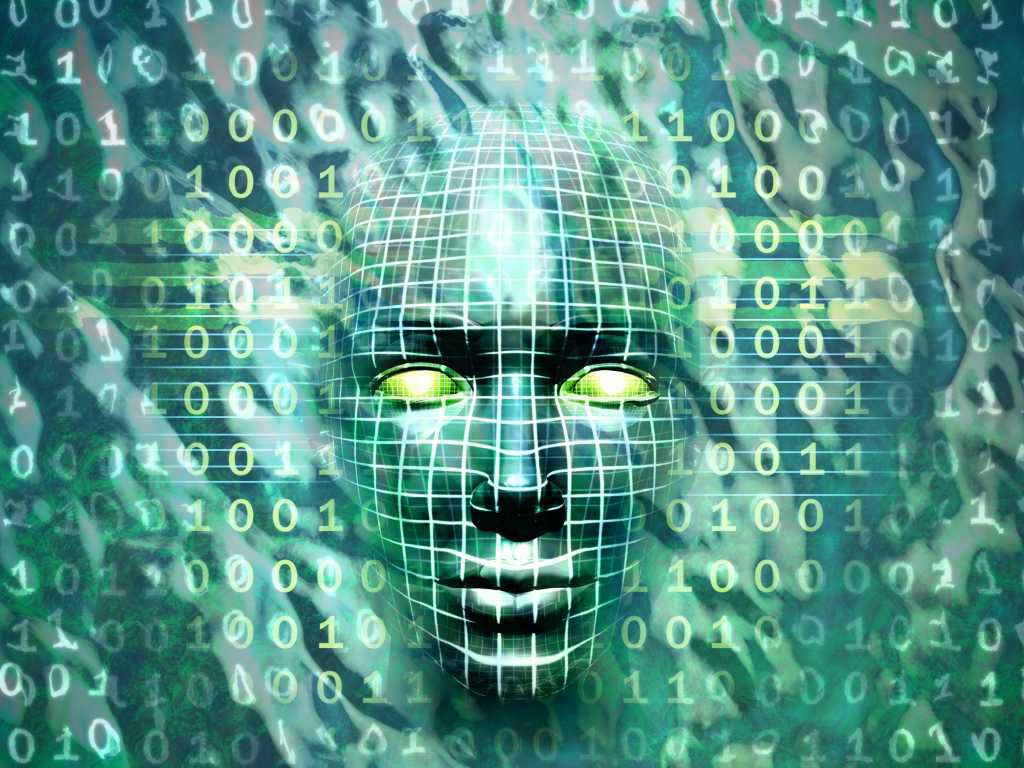 That was the word from GITEX last week, where the opportunities and challenges posed by AI were a major focus of discussions by enterprise IT leaders, government officials and market observers.

GITEX, the biggest technology conference and exhibition in the Middle East, was held as an in-person event. A new development in the conference was the appearance of Israeli speakers and attendees, in the wake of recent normalization deals between Israel and Gulf states UAE and Bahrain.

AI adoption in the Middle East is taking place within a global context of rapid deployment of the technology. Despite the impact of COVID-19, 47% of AI investments were unchanged since the start of the pandemic and 30% of organizations actually planned to increase such investments, according to a Gartner poll. Only 16% had temporarily suspended AI investments, and just 7% had decreased them.

Dubai, the host city for GITEX, has forged ahead with AI implementation as part of its Smart Dubai strategy. For example, the city’s utilities infrastructure increasingly relies on AI to operate smoothly, according to Matar Suhail Salem Al Mehairi, chief innovation officer, Innovation & The Future, at Dubai Water and Electricity Authority (DEWA).

DEWA is using AI for predictive maintenance to detect stressed assets and other problems that might occur in its substations or services.

“For instance, we will cover almost 30% to 40% of our critical operations with the help of AI within three years. It will save us billions. The future of AI in industrial automation will be huge. In fact, AI is the future,” said Al Mehairi, in a panel session at the conference.

AI to make inroads in industry

While AI implementation in industry is in an early stage at the moment, widespread deployment is inevitable, Zuhdi said. AI in manufacturing can be applied to virtually all business verticals and at all levels, to improve operational efficiencies, service delivery and customer experience, he said.

The combination of AI, IoT (internet of things) and 5G — being rolled out faster in the Middle East than other regions in the world — will be especially powerful for industry, Zuhdi said. IoT sensors placed on equipment can feed data to AI software, which can enable predictive maintenance by detecting anomalies in usage patterns and the regular functioning of various assets.

5G, offering transmission speeds up to four times faster than 4G, will be the technology gluing various applications together, Zuhdi said. 5G, essentially a set of standards and protocols, has a very useful service-delivery feature — network slicing, which can optimize the end-to-end delivery of resources to the services that need to be supported. Different services have different requirements and network slicing enables operators to optimize transmission for each type of service, Zuhdi said.

All this can translate to increased productivity, improved efficiency, and safety of operation.

“We haven’t yet seen the full potential of AI. We are not even close,” Zuhdi said.

He dismissed fears of AI replacing humans, saying that there will be a shift toward different skill sets on the part of human workers, creating new job opportunities as  AI augments human intellect.

Recognition of bias in AI grows

Humans, however, can introduce bias in AI, GITEX speakers pointed out. AI applications can acquire racial and gender biases when learning from text sources, researchers argued.

“If you Google ‘computer scientists’, you will see that the image pool is dominated by white males. Now, this is gender and race bias,” said Hoda Alkhzaimi, president of Emirates Digital Association for Women, and director of the Centre for Cyber Security, New York University Abu Dhabi.

Computer scientists are humans and they bring their biases into AI, Alkhzaimi said. “We should change the way we develop codes and algorithms. We have to develop holistic algorithms and not use a software that has these kinds of biases,” she said.

People are working with samples of data that are restricted to certain criteria. The larger the sample, the better, Alkhzaimi said. “One should stop using AI that is not responsible,” she added.

As global citizens, operating in a global economy, Dubai’s autonomous systems have to operate under the same standards as other parts of the world, said Younus Al Nasser, assistant director general of Smart Dubai and CEO of Dubai Data Establishment.

Trustworthy AI should mitigate bias and promote transparency, Al Nasser said. “We should have two goals: one is to maximize the potential of this amazing technology, the other is to make sure that the data subjects – real people who are users of the technology – understand it well,” he said.

This year Smart Dubai started to run training programs with DEWA to educate C-Suite executives and business owners about how to teach, supervise and build unbiased, trustworthy AI, Al Nasser noted. And two years ago, Smart Dubai released AI ethics guidelines that explain what bias means and how fairness can be achieved in AI systems. It helps organizations developing and commissioning AI, especially government entities, to ask the right questions and ensure the correct steps are taken throughout AI system design and the development lifecycle to minimize bias, Al Nasser said.

GITEX speakers offered a number of suggestions for how to address AI bias and fairness.

“We need to have support from the government and tool kits to tackle these problems,” said Yasmin Al Enazi, leadership and communications lead for Women in AI, and director, Projects and Customer Happiness, at robotics and AI company DG World. People within the World Economic Forum have already started working on creating guidelines and tool kits for responsible AI, she said.

A range of speakers and attendees agreed that government support is needed to address bias and encourage the development of AI applications that can be considered trustworthy by users.

There is an urgent need for international rules and regulations for the use of ethical AI and the avoidance of bias, said Majid Al Shehry, general manager for Enterprise Architecture at the National Information Centre and strategic advisor for the Saudi Arabia Data & AI Authority (SDAIA).

The UN, UNESCO and other international organizations are bringing together decision-makers to agree on guidelines for ethical and responsible use of AI, he noted.

AI will play a key role in financial services as fintech is used by a growing number of start-ups that are challenging traditional banks. Open banking — essentially the use of APIs to share data and allow third parties to offer applications that supplement traditional services — will be a major factor in this trend.

The advent of open banking means that big banks will no longer have a hold on data, while customers will have more of a say in who can access their information, leading to more competition, said Ahmed Al Hujairy, senior board advisor at Bahrain Technology Companies Society and Group CEO of Gulf Future Business Group.

In Bahrain there already are online banks with no branches, and plenty of customers who are able to open a bank account and be issued credit cards in a matter of minutes, Al Hujairy noted.

This is where AI comes into play: the technology can help financial services of all kinds be more efficient, by for example automating business processes and providing risk analysis. But regulations are needed to ensure that data sharing and automated applications also provide security, Bicknell said.

The EU’s payment service directive (PSD), for expample, not only requires banks to give third-party payment  services access to consumer accounts if account holders give their consent, but mandates stronger security requirements for online transactions through multi-factor authentication (MFA).

In the Middle East open banking regulations are lagging, but Bahrain is leading the way, having issued draft guidelines two years ago, while Saudi Arabia is moving fast towards the adoption of open banking rules. Meanwhile, 90% of UAE bank executives surveyed by fintech start-up Finastra said their organizations are adopting or looking to adopt open APIs (application programming interfaces) that enable the secure sharing of data with authorized third parties.

The recent normalization pacts between Israel and Gulf states UAE and Bahrain have added a new twist to the development of AI applications and services in the Middle East.

Today Israel holds one of the leading positions in the development of AI. One-thousand four hundred active companies and 40 R&D centres are involved in the field, including related technologies such as big data analytics, with $3.7 billion in venture capital raised last year, according to Aviv Zeevi Balasiano, vice president and head of the Technological Infrastructure Division at the Israel Innovation Authority.

Dubai can act as a gateway into the Arab market for Israeli AI expertise, Balasiano said.

Though Israel has had peace agreements with Egypt and Jordan, economic cooperation has not followed to the extent that was hoped for, since technology deployment in those markets was not as advanced as expected, and Israelis did not feel welcome in those countries, Balasiano said.

It is quite the opposite with the UAE,  Balasiano said. The UAE is an Arab-nation leader in loosening regulations and making it easier for foreign companies to do business in the country, and Dubai in particular has deployed AI to achieve efficiencies in government services.

In Israel, AI is being implemented by government slowly due to regulations covering data access, while social media giants have deployed the technology to personalize various services.

“AI is there in our day-to-day life but so far it goes to places where we are fast to give our data like social media,” Balasiano said.

He said that since the finance sector is well-developed in UAE — and surprisingly not so well in Israel — the two countries can connect their strengths to develop new applications.