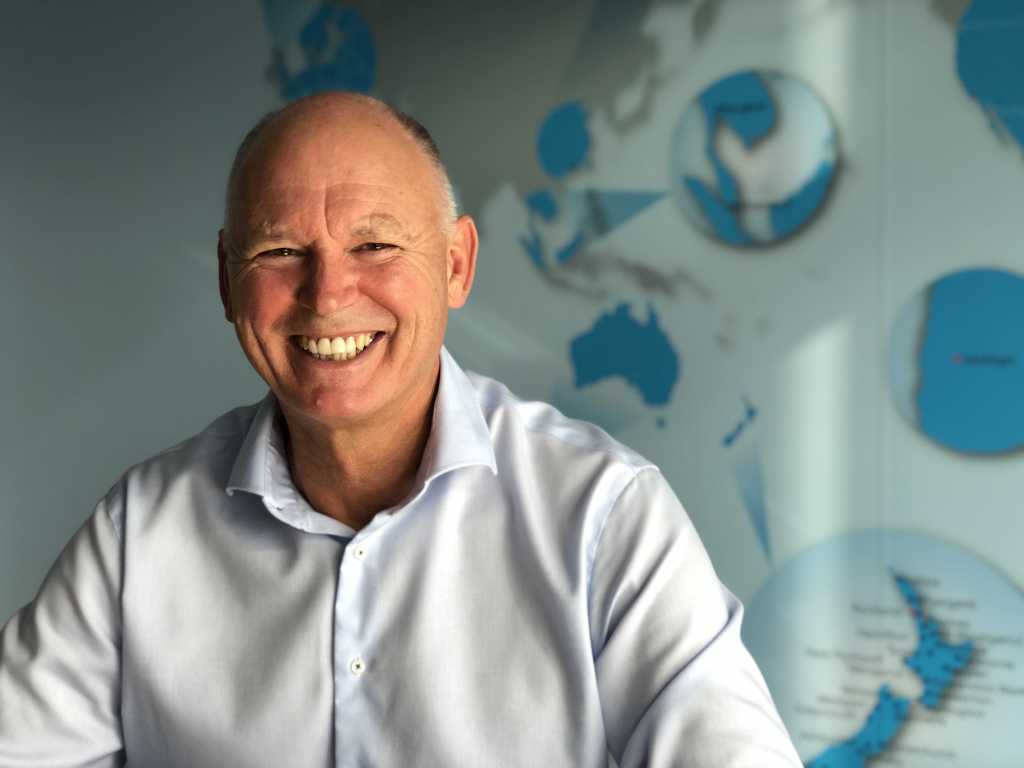 It’s the end of the road at Mainfreight for CIO Kevin Drinkwater, who officially retires on 31 December 2020. Having clocked almost 35 years, his tenure at one of New Zealand’s most successful global companies has been a long one. During that time the business has expanded its operation into 26 countries and its staff count has grown from 80 to 8,600.

Drinkwater started at Mainfreight in 1986 as its financial controller, and he has held several roles, including in sales and warehousing in New Zealand and the US. In 2001, Mainfreight’s management decided that technology needed a global role, and Drinkwater became CIO. Reporting directly to the CEO—first to founder Bruce Plested, and then to Don Braid—he has been involved in every milestone of a business that has largely grown through acquisition.

[ Learn from your peers: Check out our State of the CIO 2020 report on the challenges and concerns of CIOs today. | Find out the 7 skills of successful digital leaders and the secrets of highly innovative CIOs. | Get weekly insights by signing up for our CIO newsletter. ]

During the first lockdown in March 2020 when COVID-19 was set to rage across New Zealand and mass unemployment was expected if the economy crashed, he wondered if it was time to give someone else a go at Mainfreight.

Fortunately, the pandemic has been kept at bay in New Zealand and the economy hasn’t taken a dive, but Drinkwater’s decision to retire from Mainfreight prevailed. He will officially leave the business at the end of this year and his successor, John Eshuis, who has held finance and IT roles at Mainfreight since 2002, has been named his successor.

With Christmas looming, Drinkwater is looking forward to taking some time out, project-managing his family’s new house build in Russell, and getting to grips with the drone he’s been given. He hasn’t made any plans beyond the summer other than continuing as chair of Duffy Books in Homes, but he will be looking at new opportunities that crop up.

The role of technology in business expansion

In looking back at his career, Drinkwater tells CIO New Zealand there are two ways for CIOs to measure their success: One is whether the solutions they deploy are better than people expected, and the other is whether the business keeps wanting to spend money on technology.

“The business may have a requirement, but it’s our job is to make it even better than what they thought they wanted. The other thing is to have our own ideas. We’ve been very innovative to the business,” he says.

Drinkwater says the team are prescriptive about the software they deploy, and they often opt for bespoke solutions that are specific to Mainfreight’s business. While they have used off-the-shelf solutions (or ‘packages’, as he describes them), Drinkwater says these often don’t meet the needs of the business.

“I do want to say that there is no way we’d ever go build our own email. It’s the right horses for courses—where we have things very specific to the way we operate, then we will build it, as per our culture, in the way we do it.”

Drinkwater says that in all the companies Mainfreight has acquired, the computer systems were inadequate. In one example, the company had spent $20 million on an accounting system and had 50 people in its finance team. Within four months of the sale, that system was ripped out and replaced by Mainfreight’s bespoke system at a cost of $25,000 and the finance team reduced to three people.

The importance of company culture

The ‘Mainfreight culture’ is what has kept Drinkwater at the company for so long, which he describes as “like you would expect a family to be. No matter what level you are at, people care for each other, and that’s demonstrated in many ways”.

One of the most concrete examples is the company’s bonus scheme, whereby everyone in a branch is paid the same dollar amount in bonuses each year. “Doesn’t matter what your position is. If you’re in the kitchen or the branch manager, you get the same amount of dollars based on your branch’s performance,” Drinkwater says.

While people’s salaries reflect their positions of responsibility, the idea is that at a branch level “they can only win by playing as a team. That’s why we divide the profit at the branch evenly. That’s at least 10% of the branch’s profit, and we paid worldwide $28 million in profit bonuses last year,” Drinkwater says.

Technology changes over the decades

The Mainfreight culture is also focussed on the long term, and the business has a ‘100-year vision’. This can be incompatible with technology, which is constantly changing. “We have to make decisions based on five or ten years, which means often we’ll pay for more now, before we need it, but knowing that we will need it,” he says.

During his tenure, Drinkwater has witnessed huge changes in technology. The speed of data transmission and the “power of the compute” has increased exponentially, while software solutions have become more efficient, and hardware has “de-scaled”.

“In 2006 when we created our new data centre, I was concerned there wasn’t enough room in that footprint—it’s not much bigger than a meeting room. We’ve probably trebled in size since then, yet we’re still using the same footprint. Yes, we are using a lot more energy and cooling, but the density of the compute has been a huge enabler.”

Drinkwater estimates that just 5% of its compute is in the public cloud, with 95% in servers in New Zealand, Asia, Australia, and the US. “I love the cloud concept; I don’t like the cost … so we have a fraction of our compute in the cloud ,and [yet] it costs us almost as much as all the HPE equipment we have in our primary and secondary data centres.”

It’s his view that many CIOs fall into the “cloud sprawl” trap. That while in theory it’s possible to scale up and down when using public cloud, in reality the latter almost never happens.

As for new sector-specific technologies, he says that driverless trucks are on their way but the technology isn’t here yet. Much closer on the horizon are electric trucks. He notes that Mainfreight favours a sustainable approach through programmes such as recycling water, installing solar panels, deploying hybrid and electric vehicles in its car fleet, and favouring rail over road where possible.

In New Zealand, Mainfreight has partnered with Spark on an internet of things (IoT) network to keep track of shipments, and this effort may extend to more analytical capability. “One of the critical areas that we need to improve on is using data to create more predictability,” he says.

And Drinkwater says that COVID-19 has changed the nature of work irrevocably by showing that working from home—or from anywhere—is achievable at scale.

Drinkwater has contributed to the local CIO community and has regularly featured in the CIO50 New Zealand Awards – in 2019 he was No. 1, and in 2020 No. 3. He has also been involved in organisations outside Mainfreight, notably TUANZ when it was lobbying for a national fibre network a decade ago, and as the current chair of Duffy Books in Homes. The latter is a charity that hands out free books to students in low-decile primary schools in the belief that children in households with books achieve better educational outcomes.

He says education is an area where New Zealand could improve by teaching students how to create new technology, rather than just be passive users of it. The lack of enthusiasm for digital subjects may be because teachers don’t have the expertise or passion for technology, and a way to solve this problem could be to have “expert teachers” come into the schools and teach block courses.

It isn’t only schools that lack technology know-how, it’s also company boards, where Drinkwater says they are often led by consultants. “People from the outside that take your watch and tell you how to read the time. That’s why there are so many packages out there, because consultants find it easy to sell packages. You won’t get many consultants that tell you to build a bespoke system.”

During his farewell speech to the 50 people in Mainfreight’s NZ technology team (the global IT team numbers 125), Drinkwater shared his tips for success, including these 10.