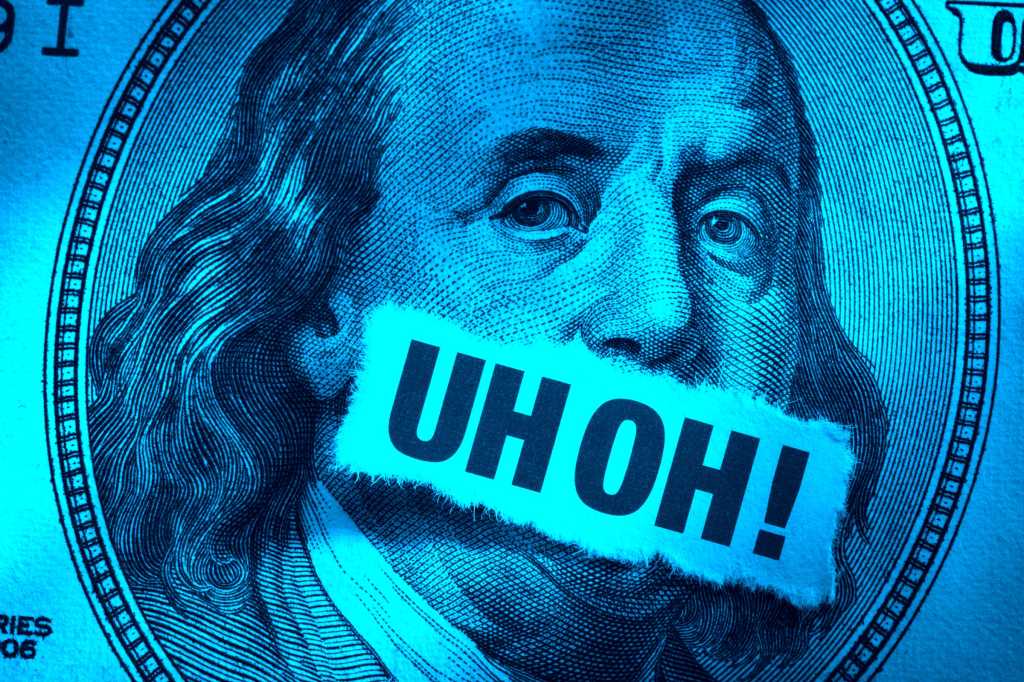 Here’s some good news for CIOs: IT spending is expected to grow 6.2% in 2021, according to the researchers at Gartner, who predict worldwide IT spending will hit $3.9 trillion this year, up from $3.7 trillion in 2020. Accelerated digital transformation is driving much of that increase, Gartner says.

Still, no CIO has a blank check. And despite the predicted increase in overall IT spending for this year, IT leaders and advisors say they must continue to carefully watch where their money goes. Plus, 2021’s IT spending growth comes on the heels of 2020’s contraction, making the bump meager compared with budgets pre-pandemic.

[
Discover the secrets of employee retention, why good employees leave (and how to prevent it), and the best diversity and inclusion practices for changing your culture.
]
[ Learn from your peers: Check out our State of the CIO 2020 report on the challenges and concerns of CIOs today. | Find out the 7 skills of successful digital leaders and the secrets of highly innovative CIOs. | Get weekly insights by signing up for our CIO Leader newsletter. ]

“Cost savings remains a huge area of focus right now,” says Ashwin Venkatesan, vice president of the Everest Group, a management consulting firm. He predicts that plenty of CIOs will actually see level-funded budgets this year; not everyone will get a 6.3% bump in spending. According to CIO.com’s 2021 State of the CIO report, only 49% of IT leaders expect their budgets to increase, with 39% remaining level, and 12% preparing for an average decrease of 18%.

Many IT leaders and their advisors say the typical request to do more with less remains in place with the continuing expectation to deliver efficiencies while supporting innovation.

To do all that, CIOs need to have adequate funding and appropriate spending allocations. Yet Venkatesan and others report that many CIOs have a ways to go before they master the complex task of building a great IT budget.

Living with limited visibility and granularity

The IT budget has added complexity over the decades, and many CIOs struggle to understand the finer elements of their spending needs. “You see some who don’t have a proper view into their budget. They don’t have the prerequisite visibility,” Venkatesan says.

Often that’s because organizations continue to have islands of technology spending, with those business units or teams controlling their own pockets of cash. Venkatesan equates it to a household in which each member has his or her own accounts, leaving a central accurate accounting of all spending hard to calculate. Such scenarios lead to duplicate costs, overinvestment in some areas, underinvestment in others, and a lack of granularity into where all the money goes.

CIOs who have created better visibility into the full scope of IT spending at their enterprise and have developed more granularity into that spending are better able to allocate dollars in the right amount at the right time in the right places, Venkatesan says. “The better the visibility, the more effective you can be in identifying avenues of cost leakage and plugging them,” he adds.

Not capitalize costs where you can

CIOs can often capitalize more of their budgets than they do, says Larry Wolff, founder and CEO of Wolff Strategy Partners. For example, they can often capitalize the salaries for the programmers and developers assigned to building new products instead of leaving such costs within the operating budget.

“I’ve been in many companies where I don’t know if they ever thought about it or knew it was perfectly legal,” Wolff says, noting that the accounting change could help recapture significant dollars at many organizations. The accounting can be complicated, though, so Wolff recommends CIOs and CFOs closely collaborate to get it right.

Capitalizing when it’s not appropriate

On the other hand, CIOs could get caught capitalizing expenses that shouldn’t be or failing to shift capitalized costs to operating costs when required. “If you have five or six people going from development to maintenance and support, you’re talking five figures in that shift, possibly 10s of thousands of dollars monthly,” says Kevin Haber, CFO and senior consultant at the management consulting company Swingtide. “And it can turn ugly in terms of where that money is going to come from when the shift is not [planned for].”

Haber advises executives to increase communication about the timing and spending planned for active projects to avoid such problems. He cautions: “You need a much better review process of the current projects and planned projects that will be started or completed in the budget year. You’ve got to understand where they’re going to be and when they’ll be completed, what the costs are, and who will take over the budget and whether they’ll have enough.”

Not capturing all expected costs

Experts say they have a catalog of costs that CIOs can and do miss, meaning those expenses don’t get calculated into their budgets. For example, they say CIOs often don’t plan for taxes for purchases, build in temporary-labor costs, or remember midyear increases in service contracts.

“You don’t want to get halfway through the year and realize you don’t have the budget to finish. It drives accounting crazy when you come back with costs bigger than proposed,” Wolff says, adding that such scenarios can hurt a CIO’s ability to establish trust and credibility with their C-suite colleagues. Better to be diligent about adding up those incidentals when building the budget than be left scraping for the money later when the bills come due.

CIOs might opt for a chargeback model or decide to have business owners account for their own technology spend, but CIOs have restrictions on how much they can shift to other departmental budgets. Even when they can and do shift money elsewhere, they should not count those dollars as IT savings.

After all, the money all comes out of the organization’s total budget; moving around costs and counting them as savings can hurt the CIO’s credibility, Wolff says. On the flip side of that equation, Wolff cautions CIOs about letting business leaders move costs that should be within their budgets into IT. Such moves could reinforce the faulty notion that IT is just a cost center with ever-increasing expenses.

“I’ve seen that kind of activity, and it can become a penalty for IT because it looks like an increase; it feeds the perception that IT doesn’t work to get more efficient,” Wolff says.

Too often CIOs “keep paying the bill but don’t look to see if something better came along,” says Gregory J. Touhill, an adjunct faculty member at Carnegie Mellon University’s Heinz College of Information Systems and Public Policy. As a result, they continue to pay for existing technologies that, while proven, may cost more than the price of replacing it with a more modern alternative.

Touhill points to the use of virtual private networks (VPNs) as case in point. When the pandemic forced companies to enable work-from-home, many CIOs double-downed on their use of VPNs for secure remote access even though moving to other security options such as software-defined perimeters could be both more efficient and effective.

“The CIO should always be looking for those kinds of opportunities, and most organizations are more receptive to accepting these initiatives to change during the budget cycle itself; the budgeting cycle can be your best opportunity to go in and make your case,” Touhill adds.

Ignoring unintended consequences and their costs

It’s also easy for CIOs to miss the cost of the unattended consequences of their existing technology choices. “There are a lot of indirect costs that come to the fold, and those indirect costs aren’t particularly well-captured nor are the lost opportunity costs associated with those accurately captured,” Touhill says.

He again cites VPNs. As companies increased their use, they often encountered other related costs — such as installing clients on home systems, patching personal devices to bring them up to acceptable configuration standards, and paying for the increased help desk staff needed to handle the uptick in calls from home workers struggling with VPN access. At the same time, the resources needed for those VPN-related issues means other initiatives that could deliver more value to the enterprise go unfunded — a lost opportunity that has an associated cost to the enterprise.

Keeping to the yearly cycle

“For years IT budget has been an annual exercise: You think through the elements you want to retain and new projects you want to fund. But the annual cycle, with investments locked into a 12-month period, doesn’t give the business the flexibility it needs,” Venkatesan says.

So, forward-thinking CIOs are tweaking the yearly budget process to better support agility and innovation within their departments. They’re now using more agile funding models that allow them to allocate spending on shorter cycles, Venkatesan explains; for example, they’re doing budget allocations on a quarterly basis, directing dollars to promising ideas and rewarding them with more spending if they deliver value and cutting them off if they don’t at three-month increments rather than once a year.

Venkatesan advises CIOs to examine their fixed versus run costs as they build their budgets so they can make informed decisions around optimization. “It is about optimizing and eliminating waste. There could more devices and software licenses than required, which simply go unutilized. Or IT might have multiple contracts with different third-party vendors which can be consolidated with fewer vendors to achieve economies of scale,” he says.

Venkatesan’s firm, Everest Group, has found that most enterprise IT portfolios have a potential for at least 15% to 20% cost reduction that can be had through areas such as better cloud migration and cloud cost management; automation and process improvement; price renegotiation with vendors; managed services engagements with system integrators; delivery structure optimization; and estate rationalization.

Setting rigid budgeting expectations across the board

Haber also advocates for getting more insights into the nitty-gritty of IT spending, particularly when it comes to fixed versus variable costs. He continues to see CIOs create budgets by setting a universal expectation (i.e., a set percentage increase across divisions or demanding a specific percentage cut across the board) without accounting for immovable fixed costs.

This approach can trigger midyear scrambles to find, move or cut money, a scramble that dings the CIO’s credibility with the CFO and others in the C-suite. It also can limit the dollars that the CIO has for innovation and other initiatives that could deliver higher returns to the organization.

“CIOs have to understand more about what’s fixed and what’s variable in their budgets so they can logically make those cuts that they can and they can right-size their spending in those other areas,” Haber says.