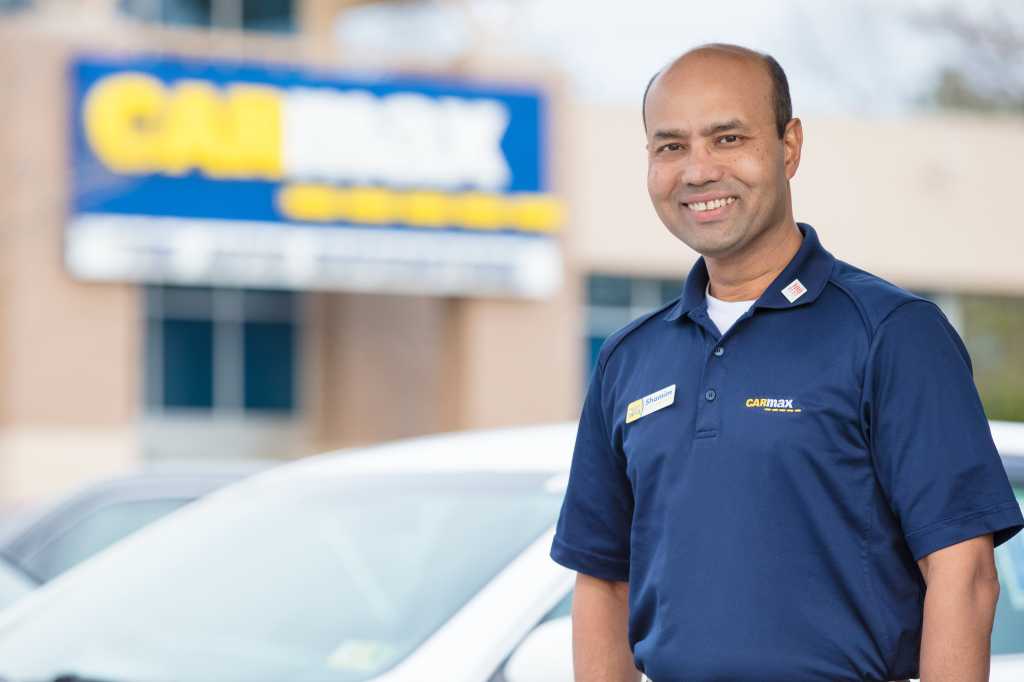 Not long after Shamim Mohammad became CIO at used-car retailer CarMax, he set out to introduce a more agile, startup approach to software development at the company.

CarMax, by then almost 20 years old, was the market leader, Mohammad says, bigger than its nearest competitors combined. Still, it had only a small portion of the massive used-vehicle market, putting it in an interesting position: “We’ve disrupted the industry, yet we still have a huge runway for growth,” he says.

Preparing for that growth meant breaking down walls between IT and the rest of the company — in some cases literally.

“I physically had to change that space,” Mohammad says of the transition. “I took out all the cubes.”

This allowed him to collocate workers pulled from technology, marketing and operations, putting them together in small, multidisciplinary teams.

“Everybody knew we were serious about this because we changed the physical environment, not just the processes,” he says.

That shift to product-based IT — one increasingly being undertaken by CIOs of late — proved to be a significant first step toward the omnichannel experience CarMax offers today.

CarMax started out as a subsidiary of consumer electronics retail chain Circuit City, opening its first store in 1993. It gained its independence in 2002, and now has more than 200 retail locations.

But CarMax also has a huge web presence, and a big part of Mohammad’s role has been supporting CarMax’s omnichannel strategy, enabling customers to research, order and take delivery of a car at home, in store or using their mobile phone.

This omnichannel approach isn’t about creating separate sales channels for each medium; it’s about allowing a transaction to take place over any or all of them in turn, keeping track of where a customer is in the process.

“If you spend six hours searching and researching a car and you reach out to somebody at CarMax, we don’t want to make you start over and say, ‘Hey, tell us what kind of car you are looking for,’” he says. “We should know the type of work you have done so that we can pick up where you left off.”

CarMax uses two main software platforms to pull that off: one ubiquitous, one unique.

The ubiquitous platform is Salesforce, which enables CarMax to track customers’ activity behind the scenes, understanding where they are in their buying journeys and providing staff with real-time information on customer interactions.

The other big platform is the CarMax web experience. “That’s something we built. It’s so unique that we had to build from scratch,” Mohammad says.

Product-based IT in action

“I really have the philosophy of rent before you buy, buy before you build,” he says. “When you build, it has to be absolutely the last thing you do, and it has to drive competitive advantage.”

In CarMax’s case, that competitive advantage has been the ability to continue selling cars online for home delivery, even as the pandemic shut down many of its retail locations. To get there meant fast-tracking the omnichannel platform’s rollout even as many staff switched to working from home.

The product-based mindset involves taking on a customer perspective, breaking down the shopping journey into components, each of which can be developed independently.

“A shopping journey may start with searching for a car, so we have set up product teams that are focused on making that search experience absolutely the best and that’s all they do,” Mohammad says by way of example.

Those teams are composed of seven to nine employees, and include at a minimum a product manager, a lead developer or engineer, and a user experience specialist who shares time working with two to four other product teams. Team members from other departments are also included based on strategic need.

It’s an experimental process, taking a new approach every two weeks or so and keeping what works. Sometimes, a new feature won’t be fully baked. Instead CarMax will push out a feature that appears complete, so staff can receive feedback by seeing how customers respond.

“We have a lot of great ideas. We also have some bad ideas. At the end of the day, it really doesn’t matter. It’s the customer who has to tell us whether it’s working or not working,” he says.

Product teams have 10 minutes each to present their work in an open house meeting every two weeks or so. Previously, those meetings would happen at CarMax’s home office and be broadcast to other locations. Now they’re happening on screen in everyone’s home office, enabling more people to participate.

Anyone in the company is welcome to drop in, Mohammad says: “The senior leadership team, like myself, the CMO and COO, we attend all the time. The CEO will attend sometimes.”

That sends the message to staff that the work these teams are doing is important to the company, he adds.

One of the things Mohammad is proud of is the culture of respect between teams — something that’s contributed to CarMax making Fortune’s list of 100 Best Companies to Work For 16 years in a row. “It’s a culture where people feel safe,” he says.

Safe to experiment, for example: “It’s very empowering for them to be able to share in an open public forum the mistakes they made, because we want them to learn from mistakes and we want them to try different things.”

That feeling of empowerment also helped with the accelerated rollout. “We gave them a new objective — because we do this every quarter — we gave them the new objective, and they readjusted and reprioritized, and they went after it, and they got it done,” he says.

As a result, the nationwide rollout of CarMax’s omnichannel platform was complete by August 2020, six months ahead of schedule.

Mohammad has advice for those hoping to achieve something similar.

Second, start small: Build one or two small product teams to show what a cross-functional, empowered team can do. “The results are going to be so amazing that your business partners are going to be asking for more.”

“The third thing is, it’s going to be painful no matter what because you’re changing fundamentally how many of the people in the organization work,” he says. “This is not going to be easy.”