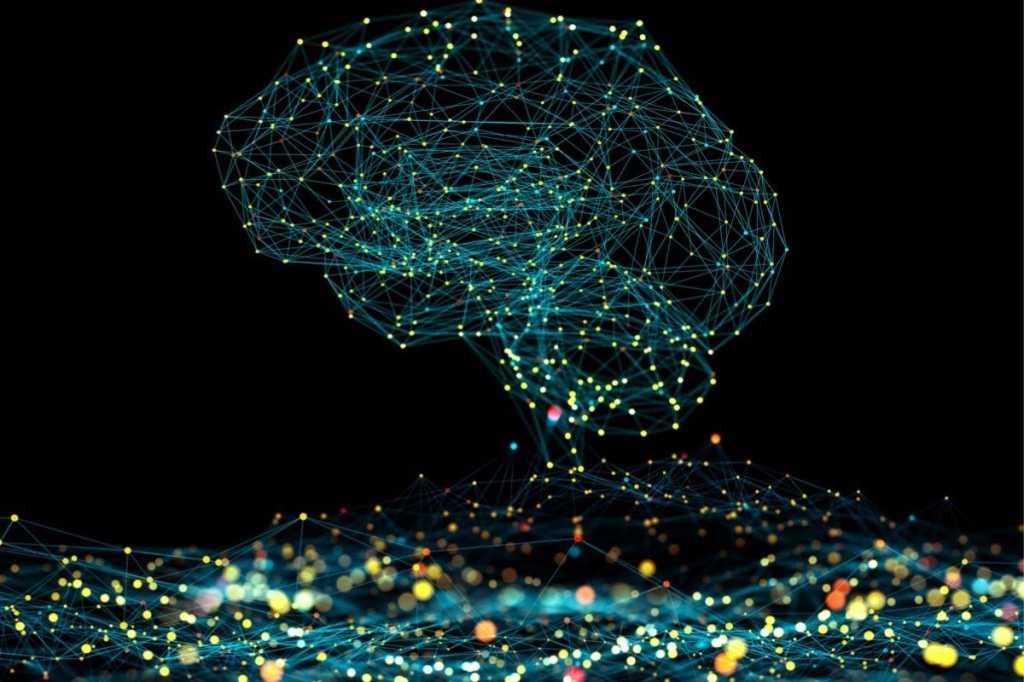 Many companies are still not seeing significant impact from their AI efforts. Some experts say this may be because they’re not embracing something called “organizational learning.”

It’s not enough to use AI to optimize a business process — for example, to make better predictions or automate a manual task. Enterprises need to go one step further, to take lessons learned from their AI projects and use them to transform their organizations.

While most, if not all, organizations would say they learn from their successes and their failures, few have formal processes to embrace these learnings and promulgate them throughout the enterprise — especially when it comes to the use of AI. As a result, only 11% percent of companies saw significant benefits from their AI initiatives in 2020, according to a recent report from MIT Sloan Management Review conducted in collaboration with Boston Consulting Group.

Take, for example, scoring loan applications, much of which involves tedious data entry done manually by loan officers. Using AI or machine learning can dramatically optimize the process, reducing costs and the need for as many loan officers on staff. But enterprises can only save so much money, and employees are reluctant to get behind projects that could cost them their jobs.

Meanwhile, AI can also be used to glean new insights from that same loan application data. A bank could discover underserved customer segments, for example, that could lead to a dramatic expansion of business. Or a bank could discover that people were afraid to apply for loans because of worries about damaging their credit ratings, says Sam Ransbotham, professor of information systems at Boston College’s Carroll School of Management and coauthor of the MIT Sloan report. Offering them an opportunity for a no-risk assessment that doesn’t affect their credit rating could change that.

There’s no limit to growth potential, and employees can get behind a new technology that offers more opportunities for interesting work.

That’s an angle that’s important for CIOs to be aware of, Ransbotham says, since they typically pay more attention to efficiency. “Some CIOs are more service-oriented,” he says. “They’re about getting the costs down for their IT operations. There can be a tendency to automate what we’re already doing, versus doing something different.”

In their survey of more than 3,000 respondents, MIT Sloan and BCG identified several factors that helped companies move into the 11% who reported “significant financial benefits,” including sharing knowledge between humans and AI, incorporating AI into the overall business strategy, moving beyond using AI for simple automation, and finding ways for humans and AI to work together so that AI augments human work and human work augments AI.

“What we found is that when people do these steps that are organizational learning oriented, they can increase the likelihood of being in that 11% group by almost 80%.”

The vaccine, says J&J CIO Jim Swanson, wouldn’t have been possible without AI. Eight or nine months ago, it took two weeks to make a batch of the vaccine, he says. Now, it’s two batches in one week — a fourfold improvement.

“We used AI to improve everything from our fermentation process, to our flow of yield,” he says. “There are a bunch of insights, and all the pieces added up to the outcome.”

Cooperation across several domains of expertise also accelerated the process, he says. “We pushed hard on this idea of the bilingual data scientist. One who really understands research and development or the supply chain.”

But while leveraging AI to accelerate COVID-19 development is what’s making headlines right now, J&J is also using AI to create entirely new business opportunities. For example, it is using AI and ML to examine retinal scans to determine whether a patient has glaucoma.

And it goes even further than that. The end goal is to improve patient outcomes, so the company is also looking at pre-op and post-op processes. “You can use AI so that the right patient gets the right procedure, and so that you can best support their recovery,” he says. “Now you have an end-to-end view of the patient — that creates a whole new set of opportunities.”

The same approach is being deployed across the board at J&J, Swanson says. Take its Avena skin care line. AI allows consumers to take a picture of their skin to get a personalized product recommendation.

And then organizational learning kicks in, as J&J uses those images to find out what skin issues people face. “Now all of a sudden you’ve accelerated your product offering,” he says. “You have a data feedback loop that continues to create relevant products.”

That feedback loop is dependent on having the right data infrastructure in place, one that supports privacy and security, so that data can be democratized throughout the company. “If you can’t share data securely, you can’t share it,” Swanson says, which might mean de-identifying data, for example, to focus on phenotypes — age groups with certain conditions.

The final piece of J&J’s organizational learning strategy involves the growth of collective AI expertise. “If you’re not comfortable with using data, you can’t leverage it,” says Swanson. “So we have forward-thinking R&D scientists, commercial people, supply chain people. We’ve set up a data science council that I co-sponsor with the head of R&D and we’ve made the decision to decentralize AI into our business.”

More importantly, J&J’s AI strategy has sponsorship from the top. “We’re making AI and technology the core of our company — it’s not something you can do on the side,” he says.

Like J&J, companies that are the most successful with their AI initiatives don’t limit AI to small groups, says Anand Rao, partner and global AI leader at PricewaterhouseCoopers. Instead, they embed AI throughout the company so it is used even by those employees who don’t have a technical or analytical background.

“The challenge most of the time — and this is when companies don’t get the ROI — is because they’re not trained appropriately, coached, and managed,” he says. “You don’t want just the one individual or small group learning from this, but the entire organization learning from this.”

It helps to have people who are “multilingual,” he says, meaning those who understand the business side, subject matter domain, software, and the AI algorithms. “Or find a team that can work together and do this.” That’s one of the biggest challenges, he adds. “It’s difficult to get people with different mindsets to work together.”

Another company that’s taking the organizational learning principle to heart is Genpact, a global professional services firm that started out as the business process unit of GE. Genpact, which spun out in 2005, now has nearly 100,000 employees and reported $3.5 billion in revenue in 2019.

When the pandemic hit, revenue dropped significantly and the company was looking at possibly having to lay off 10,000, as many of Genpact’s clients were in hard-hit sectors, says Gianni Giacomelli, the company’s chief innovation officer.

“Instead, we were able to match them with new demand and retrain them in real time,” says Giacomelli, who is also the company’s head of learning and development. “Sometimes it took just a couple of weeks to get them retrained and into new jobs. We actually managed to grow compared to our peers, even during COVID-19.”

The retraining effort was made possible by two separate uses of AI at the company. First, Genpact uses process mining, natural language processing (NLP), and network analysis to figure how things got done, to identify exceptions, and to figure out who at the company had what skills and what domain expertise.

This information helped the company place employees in new jobs, and once an employee began a new role, AI systems enabled them to get up to speed quickly by explaining the process for specific tasks, or by connecting them to relevant experts.

“This enabled us to react a lot faster to the conditions that were thrown at us,” Giacomelli says.

In the past, knowledge management had its share of difficulties. Five years ago, the failure rate of these programs was about 50%, according to the KM Institute. But due to significant improvements in NLP and other AI technologies, the situation has changed dramatically.

“Over the past two, three years, the quality of the creation of ontologies that machines can do by themselves is so much more accurate,” Giacomelli says. “And what you get back is much more precise.”

AI can find organizational knowledge that is located in documents, in business processes, and with people.

At Genpact, AI isn’t the sole domain of the IT department. And that’s a key difference between companies that are able to see significant ROI from AI, and those who don’t, says Kathleen Featheringham, director of AI strategy and training at Booz Allen Hamilton.

“AI is the fourth industrial revolution,” she says. “It wholesale changes the game. It’s not just an IT problem — all the roles are evolving.”

AI-powered enterprise transformation involves re-evaluation of performance goals, of training objectives, she says. And it needs to be connected to an organization’s vision and mission. “In my experience, when AI wasn’t tied to the vision and mission, people actually became very resentful,” she says.

One of the principles of organizational learning is that AI is used to augment employees, to work alongside them and complement their skills.

“If you have a collaboration between what machines do well and what human intuition and knowledge does well, that’s where you get a huge business benefit,” says Judith Hurwitz, president and founder at Hurwitz and Associates and author of ten books on leadership, technology, and analytics.

Software development company Globant is doing just that with its AI-powered augmented coding. It uses NLP to enable developers to search for code by functionality, allowing for shorter learning curves and faster, more accurate development. The system also automatically generates documentation and auto-completes code from context.

“It’s not going to replace the importance of developers,” says Nicolás Ávila, Globant’s CTO of North America. “The technology isn’t there yet, but it also isn’t what we stand for.”

Instead, the augmented coding technology does a lot of the heavy lifting around routine work. “It gives [the developers] a baseline to start with that’s contextual to their particular problem and their particular client. We’re just using their time more effectively,” he says.

Globant initially invested in AI capabilities five years ago, Ávila says, and made the training universal — not just for developers, but even, to some degree, for people in HR or purchasing or other departments. “You had to have an idea of the capabilities of AI, at least at a high level, so that every employee can be identifying opportunities.”

This has evolved into AI-powered applications in other areas of the company, including in recruitment and retention.

Automated coding grew out of experiments applying NLP to programming languages in early 2019. That effort blossomed into a set of internal development tools — and then into a commercial product.

“We definitely see this as a growing business opportunity,” says Ávila.