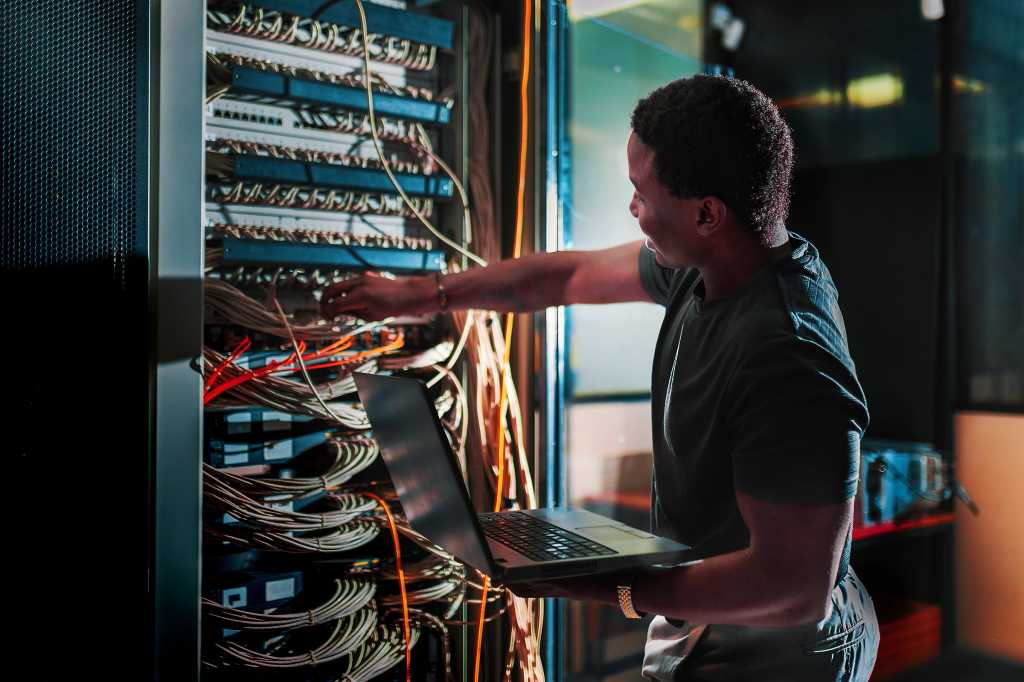 Hyperscale data centres being built in Ethiopia and South Africa will, when completed, be the biggest ICT multitenant facilities on the continent, underscoring a steady buildout of the cloud and telecoms infrastructure necessary for service providers to meet growing enterprise digital transformation requirements.

The South African data centre, being built by Teraco Data Environments, will help shore up the country’s leadership position in ICT infrastructure on the continent, while the Ethiopian facility, constructed by Wingu Africa, will bring much-needed computing power to the East Africa region.

Data centre will give boost to Ethiopia

The construction of the data centre comes at a time when the country needs enabling infrastructure to support incoming technology investments in the country, Voscarides said. The new data centre will be positioned to help service new demand generated by the auction of two mobile licenses well underway, and the announced sale of a 40% stake in state-owned EthioTel, which has attracted international telecommunication players, Voscarides noted.

“Key to enabling this is the availability of adequate modern infrastructure, in particular larger-scale data centres and connectivity.  Wingu will play an important role therefore through its investment in the country and focus on larger scale facilities,” Voscarides  told CIO Africa.

In South Africa, Teraco Data Environments’ construction of the 38MW facility, announced in November 2020, will solidify the country’s position as a preferred destination for global cloud providers.

Teraco’s current data centres host peering services through its internet exchange point, NAPAfrica, for international players such as Microsoft Azure, Amazon Web Services, Apple, China Telecom, Facebook and Cloudflare.  The effects of the new hyperscale data centre, such as lower application latency times for regional cloud users, will be felt across the entire sub-Saharan region as well. Its construction will be completed by the first quarter of 2022, according to the CEO of Teraco, Jan Hnizdo.

The Wingu and Teraco facilities hold the promise of paving the way for faster uptake of emerging technologies such as AI, IoT, Robotics and Analytics at scale. The data centres help bring   infrastructure to world-class levels across Africa, allowing cloud service providers to bring  compute power and storage closer to African consumers, said Tom Makau, a Nairobi-based telecoms expert and consultant.

The Ethiopia facility will help to more evenly balance infrastructure across sub-Saharan Africa, where South Africa has dominated. “We are seeing increased investment in other regions such as West Africa and East Africa. EA and WA data centre infrastructure is in its infancy, to put it into perspective, South Africa has DCs availing over 24000 racks while EA and WA are looking at a combined 4000 or so racks,” Makau said.

“There is a huge investment opportunity for data centres and especially tier 4 data centres that will avail the required resilience needed by hyperscale cloud services,” Makau added.

Wingu’s new facility in Ethiopia will complement its Djibouti Data Center, which hosts an internet exchange point that supports players such as BICS, Cloudflare, China Mobile, China Telecom, Verisign and WIOCC. Voscarides says that the Djibouti facility is the most connected on the continent, with eight international fibre connection and three local ones.

According to Makau, East Africa and West Africa need to continue to invest in data centres and terrestrial backbone to entice hyperscale cloud providers to service local users.

Xalam Analytics Data shows a sector that is set to thrive. Around 80 built-for-purpose multitenant, Tier II or above data centre facilities are operating in Africa. This number is set to increase by 20 new facilities in 2020 and 2021, the research company stated in its report, State of the African Data Center Market 2020.

“After a lull in 2018 and 2019, the pace of new facility construction has accelerated, as the market is awaking to Africa’s hosting and cloud services opportunity,” the report said.

The Eastern African market, with a population of over 400 million, holds great promise as a market for service providers, and eventually for innovation in the region, industry insiders say. Ethiopia in particular is an untapped market and the large population density makes it a target for high growth companies, Makau said.

Innovation in telecoms and internet in Ethiopia and Djibouti is a welcome addition to facilities in advanced markets such as Kenya. Interconnection of data centres in Kenya, Djibouti and Ethiopia via terrestrial fibre will increase data resilience and enhance the ability of East Africa to host hyperscale cloud solutions, Makau said.

Communications infrastructure in the region has been building up over the last few years. The Djibouti African Regional Express 1 (DARE 1) landed in Mombasa, Kenya, in March 2020, giving more transmission options in East Africa.  The cable, a 3-fiber pair of 36TB each, is the largest capacity submarine cable in Africa.

The increasing demand for cloud-based solutions by a growing small and medium enterprise (SME) sector has fuelled interest in building data centres in Ethiopia. Data hosting and recovery solutions are a particular concern for growing businesses in-country and regionally.

The move by the country’s leadership to promote the development of ICT infrastructure has served as a major boost for international companies seeking a populous new market. Even though plagued with internet shutdowns, Ethiopia is still tipped to be a giant market place for local and international firms.

Africa’s internet usage and digital consumption mirrors global trends. African consumers are using cloud tools such as Google apps and consuming social media content, while businesses are increasingly moving to cloud services. Meanwhile, service providers are always looking for ways to get close to their consumers through industry-grade infrastructure. Xalam Analytics estimates that edge locations — generally, smaller data centres that host web content — operated by international networks and content providers in Africa are close to 300 and growing by about 10% a year, and this could be buoyed by the construction of the hyperscale data centres in Africa.

“A strong local hosting infrastructure will help transform African enterprises and public service delivery, by making them more competitive vs. global peers, more agile, and better able to respond to the demands of an increasingly digital customer base and citizenry,” the Xalam report concludes.