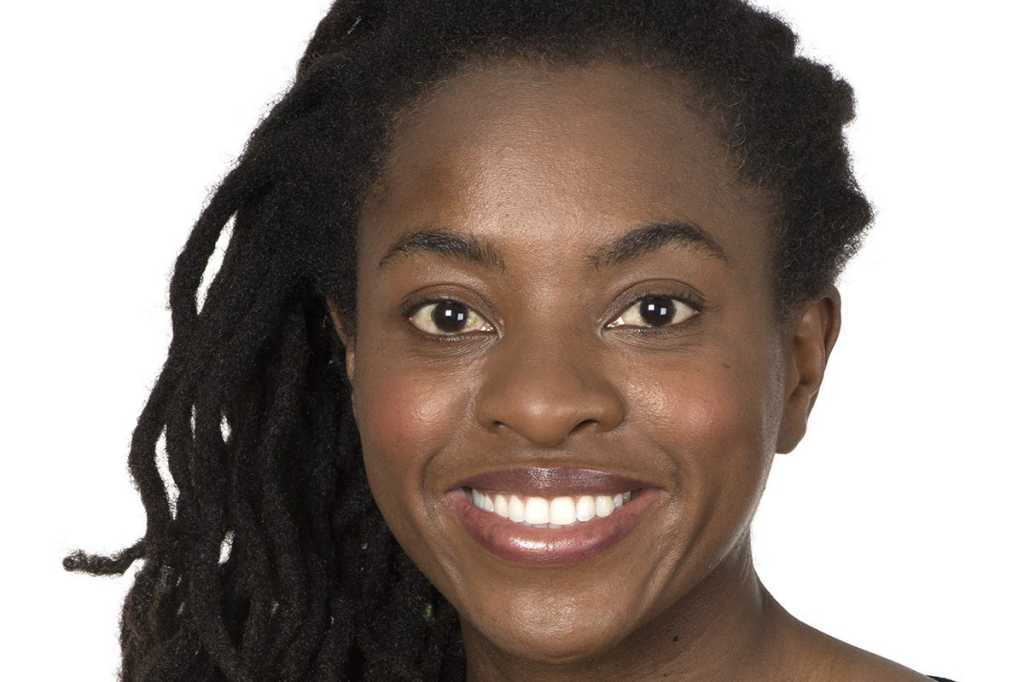 Deputy chief medical information officer and infectious diseases doctor with the Royal Melbourne Hospital, Kudzai Kanhutu has managed to flip just about every gender, racial, and other stereotype on her journey to becoming one of Australia’s leading practitioners and authorities on digital health.

Born to a large family living in Harare Zimbabwe in the 1970s, a ‘woman’s place’ wasn’t something up for discussion or debate. “Your choices were to become a teacher, a nurse, or a secretary,” Kanhutu reflects.

The journey to Australia

Yet her grandmother was the undisputed matriarch, and she instilled in Kanhutu important values of kinship, self-belief, and traditional healing that the Melbourne doctor still draws on today.

From the age of 4, she resolved that she would be a doctor.

Her parents being both teenagers meant her mother and extended family took on the job of raising Kanhutu themselves. “My family tree looks like spaghetti,” Kanhutu says.

Her mother soon enrolled in nursing school, shortly afterwards meeting an Australian teacher working in Zimbabwe whom she would later marry. The three moved to Melbourne in the 1980s when Kudzai was five years old, with her mother soon enrolling to study political science at Melbourne University.

Despite transitioning to a new culture, Kanhutu’s new family was deliberately slow to embrace some of the trimmings, in particular TV, which didn’t appear in the household until she was 12 years old.

Yet from a young age, Kanhutu had a deep interest in technology, pointing out that things like email, the internet, and, more recently, the evolving world of mobile apps have played a key part in keeping hers and many other African families connected to home and between their growing diaspora. “If you’re part of a diaspora generation, tech is only way you connect with your family to talk and do things like electronic money transfer, which are essential for survival.”

“Yet in many respects I’m somewhat of a neo-Luddite in that I’m not into tech for tech’s sake. But when there’s an opportunity for technology to help, I’m all in,” she says.

In her role as deputy chief medical information officer, Kanhutu is at the vanguard of the Royal Melbourne Hospital’s digital transformation programme, with her work in digital healthcare cited in several peer-reviewed medical journals.

Placing an impressive 10th in last year’s CIO50 Australia awards, she has helped deploy a hugely successful telehealth system servicing patients unable or prohibited from attending physical consultations at the hospital throughout the pandemic. The system has also been bolstered with language translation capabilities to support refugees and other patients from different linguistic backgrounds.

“I’ve always been very interested in telehealth as a means to connect with people not getting treatment for whatever reason,” Kanhutu notes. She led an explosion in telehealth consultations from a low base of 44 in 2016 to 1,526 in 2018/19. This service experienced a 2,000% growth in response to the pandemic.

Even more remarkable, is that the overwhelming majority of clinicians and patients rated the standard of consultation and care on par with face-to-face interactions.

Foresight and chaos: A go-live during the pandemic

More recently, Kanhutu was enlisted to assist in the development of a virtual hospital to deliver home-based care to the state’s rising tide of COVID-19 patients.

Her appreciation of the power of data to transform healthcare and deliver better outcomes for patients and those caring for them runs deep. As a member of the Royal Melbourne Hospital EMR team she was able to contribute to the successful go-live of the Epic EMR (electronic medical record) in August 2020, bang in the middle of the city’s Stage 4 COVID-19 lockdown.

As the pandemic deepened, Kanhutu directed the development of COVID-specific content build and clinical decision support in the Epic EMR, including an infection-assessment tool and screening clinical workflows and documentation templates.

Victoria being the worst affected state in Australia, Kanhutu and her team of technical professionals and doctors at Royal Melbourne Hospital were all under immense strain. “It was a truly human response, with moments of extraordinary foresight and leadership and moments of utter despair and preventable chaos,” she recalls.

But the presence of highly sophisticated, tried and tested digital platforms meant the hospital was able to weather the crisis far more successfully.

The crisis has also given the wider organisation a deeper appreciation of the importance of technology in delivering better health outcomes now and into the future, which Kanhutu concedes has tended to be an uphill battle within the wider healthcare sector.

“Many health services still have only embryonic digital transformation strategies that remain focussed on replicating old paper systems, such as rostering or paysheets and turning them into digital forms,” she explains.

“The lens is very much focussed inward so you never hear from the people who receive this ‘munificent tech’ talking about what it did for them. It’s the missing piece everyone feels uncomfortable talking about.”

This is despite some huge investments and grand statements, especially with regard to poor-performing My Health Record. “Looking at my own digital health record, there are things that aren’t even there.”

She hopes to see greater honesty and transparency moving forward in terms of how much has been spent and what has been actually achieved, and for a more focussed effort on making MHR something that genuinely benefits the community and the health workers serving them.

“I don’t think anything magical is going to happen, but one positive outcome would be helping to make the current COVID immunisation register more interactive.”