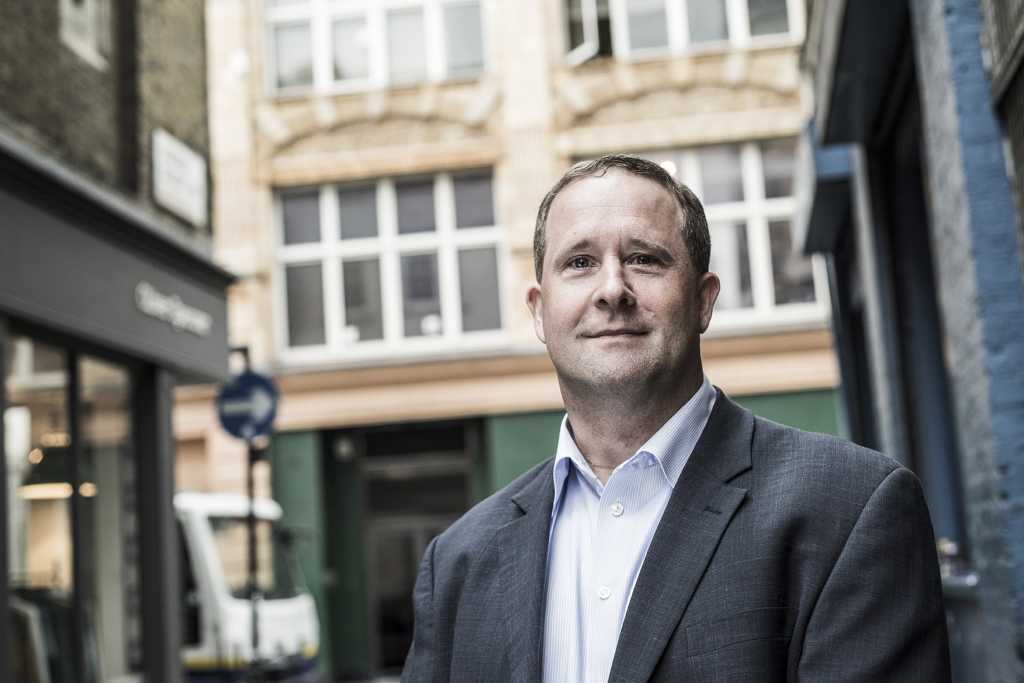 CIO Ian Pitt has an advantage when it comes to pressing his case for IT investments: He once worked in sales.

“That taught me how to pitch, how to use the right language, to aim for the right pressure points, because you can’t just say ‘trust me.’ You have to say why what you’re planning is good for the company,” Pitt says.

[
Discover the secrets of employee retention, why good employees leave (and how to prevent it), and the best diversity and inclusion practices for changing your culture.
]
[ Learn from your peers: Check out our State of the CIO 2020 report on the challenges and concerns of CIOs today. | Find out the 7 skills of successful digital leaders and the secrets of highly innovative CIOs. | Get weekly insights by signing up for our CIO Leader newsletter. ]

Those skills can come in handy, now as much as ever. A Gartner Research survey of nearly 2,000 CIOs found that IT budgets will be up only slightly, an average of just 2%, for 2021 over 2020. And with competition for cash to pay for projects tight, CIOs will need to sell their colleagues on planned IT investments.

“It’s rare for an IT leader to have an endless flow of cash coming in; there’s always pressure to keep the spending flat or to do more with less,” Pitt says. “But there is a time when you have to go for new spend, when you have capacity-driven spending, or new regulations that have to be met. So it’s then when you have to put yourself in the position of a salesperson.”

That’s when Pitt, now CIO of tech company LogMeIn, leans into those lessons he learned while working in sales. He says he has learned to build a solid case for the spending, avoid using scare tactics, and explain the plans in plain English.

“What I’ve found in the past is, as long as people understand the reason behind something, they can get behind it,” he adds.

Here Pitt and other experienced IT leaders offer seven strategies for selling IT investments to the rest of the C-suite.

Talk about the business benefits

CIOs should start every sales pitch with the busines benefits — not the technology itself — front and center.

“There is no such thing as an IT project. Everything IT does must be for the measurable benefit of the business,” says Larry Wolff, founder and CEO of Wolff Strategy Partners and a former enterprise IT exec. “That includes software products, customer service improvements, infrastructure upgrades, etc. Once the CIO has that mentality, selling improvements to the C-suite starts to get easier and more effective.”

Use business terms, not IT jargon or tech acronyms. “Technology has no role in a technology pitch,” Wolff says. And keep the presentation focused and brief; people will ask questions if they want more details to help them decide whether to support the spending request.

Pitt uses that approach, citing as an example the time he pitched his executive colleagues at a past company on the need to invest in a cloud migration project. Pitt says he focused his pitch on how cloud computing could help the company get its products to market faster while also ensuring better compliance with regulations and privacy requirements. He didn’t try to explain cloud technologies, even though in those early days many business leaders didn’t fully grasp the concepts, nor did he dive into the difference between the public or private cloud.

“The C-suite didn’t need to understand the difference; they needed to know that they had to change to meet the demands of the business,” Pitt says.

Pitt’s presentation worked, and he got not only the support he sought but the cash needed for the migration.

Show the IT investment’s strategic value

Showing how new technology spend can not only bring business benefits but also align with the organization’s strategic objectives will further bolster C-suite support for an IT investment. To do that, Wolff advises CIOs to focus on answering several key questions:

A CIO’s ability to formulate and articulate strong answers to such questions can be the difference between getting money to invest and having to do without. As Wolff explains: “If you can’t justify the strategic value, then there’s no reason to do it.”

Pitt agrees, saying that CIOs who have determined and can document how their proposals deliver strategic value can sell those plans with confidence. “You don’t want the CEO to ask, ‘Are you sure this is the right option?’ and then reply ‘I need you to make the call.’ That’s not good,” he says. “A successful pitching should be, ‘This is what we should do because the solution is right.’ You should only seek an investment that’s absolutely right for the company.”

Talking about business benefits and articulating strategic value are critical to making a successful sales pitch for IT investments, but hard data goes even further toward closing the deal.

“It is about selling your ideas, but being able to show the data to back it up,” says Gregory J. Touhill, an adjunct faculty member at Carnegie Mellon University’s Heinz College of Information Systems and Public Policy and a former federal government CISO from the Obama administration. “It’s about saying, ‘Here’s the base line, here’s what we’re proposing, here’s what it will cost, here are the return and here’s the breakeven point.’ Boards and executives at all levels want to know when they’ll start to see results, what returns they can expect, and what are they key performance indictors to measure.”

Wolff concurs, advising CIOs to have a spreadsheet with financial backup available and ready to share.

The C-suite can be persuaded by other information sources, too, so CIOs may want to have other evidence on hand. Touhill says executives often want to have testimonies from other organizations that have implemented similar technologies to learn from them how their projects panned out. “When there’s testimony from a near peer or someone they trust, they’re more likely to embrace the proposal,” Touhill says.

Team up with a colleague

One of the best strategies for selling the C-suite on technology investments involve the CIO actually stepping aside.

“The most successful CIOs are the ones who can get allies to help them make that sales pitch,” Touhill says. That makes sense, as the CIO is expected to make investments that make the business better — whether it’s by reducing costs or streamlining operations or improving customer experiences. So given that IT investments benefit one or more of the executives within the enterprise, the CIO should enlist them in making the pitch.

“Together you have to make that case to the broader organization on how this brings value, how this aligns with the strategy and the returns on investment this will provide,” Touhill says, adding that “if you can’t convince the business owner on those points, don’t bring it to the rest of the C-suite.”

Tee up support in advance

The most effective CIOs start gathering support for their IT investments long before they formally present their plans to the full C-suite and the board by making rounds and discussing their ideas. Veteran CIOs say they meet with their colleagues in advance of those formal presentations to informally discuss their ideas, the reasons for them, and the financials — a process that helps all involved avoid surprises as proposals move forward.

Touhill knows the value of this preliminary work. He was briefing the general counsel on one of his proposed investments, having already garnered support from the CFO, the procurement team and the executive whose business unit would be the primary beneficiary of the proposed project. “I thought it was a pro forma prebriefing, but the general counsel gobsmacked me with some [concerns],” Touhill remembers.

The general counsel informed Touhill that the project as proposed would not meet the regulatory requirements in some of the foreign countries where it would be deployed, an issue that the other executives hadn’t identified but kept the general counsel from supporting it. Having learned about the issue, Touhill was able to remedy the problem before going before the board and know that he had both the endorsement of key allies and well as a stronger proposal, too.

“Had I not checked with him, I wouldn’t have known to address the issue in advance. It could have derailed the project or lost some credibility,” Touhill adds.

Even with advance work, CIOs must watch for concerns that could keep the C-suite from approving the money needed for proposed projects.

In a previous role Touhill had laid out the business case for a particular IT investment that would consolidate systems and eliminate some shadow technology that had snuck into the enterprise.

He says he thought he had lined up the necessary allies — namely the CFO and the business line exec — only to learn when actually making his pitch to the board that the business line leader opposed the plans because the IT investments would lower head count in his department.

And because that executive had a strong rapport with leaders on the board, Touhill didn’t get the money requested for the technology he needed.

“I just didn’t read the tea leaves as well as perhaps I could have,” he says, adding that the experience taught him to be more sensitive to the internal dynamics of the enterprise. “We didn’t have our ears attuned to the layers [within the department]; we didn’t address those people’s concerns and juxtapose them against the organizational interests.”

The CIOs who consistently get the funding they need for their IT investments aren’t necessarily the most gifted at sales but are the ones who have built up their credibility and earned the trust of the board and their C-suite colleagues, says Diane Carco, president and CEO of the management consulting company Swingtide and a former CIO.

To do that, these CIOs give thorough information when they’re seeking funding for new technology, accounting for all costs associated with the project — such as the cost to retire old systems — so they offer accurate ROIs that they actually deliver. They lay out the expected pros and cons as well as how they plan to optimize returns and minimize the risks. They also articulate why, despite the potential challenges, that the investment is absolutely worth making.

As a result, other execs and the board trust those CIOs when they ask for cash, Carco says.

“Those kinds of actions build the credibility, and you have to have credibility to sell. Those actions also help you prevent the future problem of being surprised by something, which harms credibility,” she says.