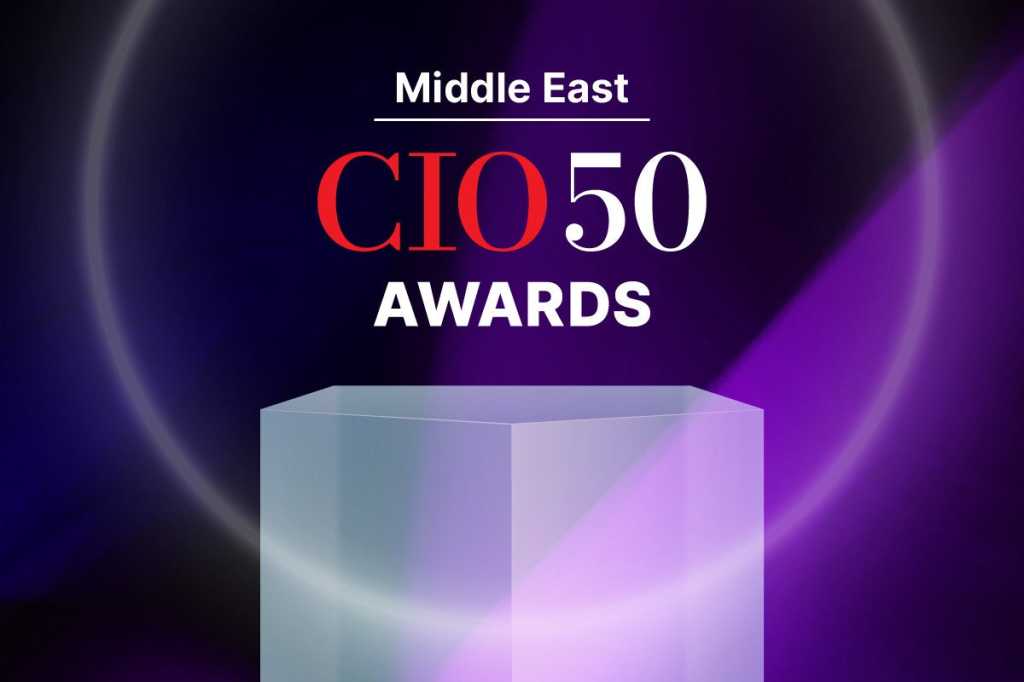 Reflecting IDG’s increasing commitment to the region, the CIO50 Middle East awards are aligned with a global awards programme and viewed as a mark of excellence within the enterprise.

The CIO50 Middle East awards this year were judged based on three core pillars — innovation, leadership, and resiliency — and honour transformational, inspiring, and enduring CIOs at both in-country and regional levels in the Middle East.

We received more than 80 submissions from the UAE, Saudi Arabia, Oman, Bahrain and Qatar in a record-breaking year for the awards programme. Winners were unveiled during a celebration ceremony hosted virtually and attended by more than 400 technology executives from across the region.

The top-ranked technology leader in 2021 is John Barton, CIO and CDO of Abu Dhabi Airport. Barton and his team are leading a digital-first agenda, enabling Abu Dhabi Airport’s digital transformation journey while supporting the efficient and profitable operation of their International and regional airports and associated businesses across UAE.

During the COVID-19 pandemic, Barton and his team led several initiatives that not only responded to immediate needs but also made fundamental changes to the organisation’s operations. A major project involved AI technology that was implemented across airport operations to optimise passenger movement and avoid crowding.

The AI system assesses the capacity of the airport at any given moment based on known flights and booked passengers and by using footage and data from cameras and sensors. It calculates  when passengers are due to arrive and, to avoid crowded halls, can advise airport staff how many check-in desks, security lanes, immigration counters, and retail kiosks to have open at any given time. The technology was introduced to enable social distancing but has helped Abu Dhabi International Airport optimise queue control to enhance the passenger experience.

Another major project was focused on developing  a community app: the “ONE” App. It enables coordination and facilitates the management of the airport, for example allowing airport personnel to issue and receive alerts for a variety of issues, including changes in departure gates or tasks relating to the runway.

The other Top 10 awards went to, in order:

The complete list of CIO50 awards winners, along with brief profiles of their work, can be found on this page.

Leaders of the CIO50 Middle East award winners collectively hold responsibility for more than 40,000 IT employees across the Middle East, averaging more than 500 staff members per organisation. The list covers a range of technology positions, spanning CIO, CISO, CTO, and CDO, in addition to transformation, business, and executive roles across five countries: UAE, Saudi Arabia, Qatar, Oman and Bahrain

Open to the top technology leader in an organisation—the person with the overall responsibility and control of the IT vision and direction of a company—the CIO50 Middle East awards acknowledged CIOs who operate at the forefront of decision-making to drive strategic change through technology.