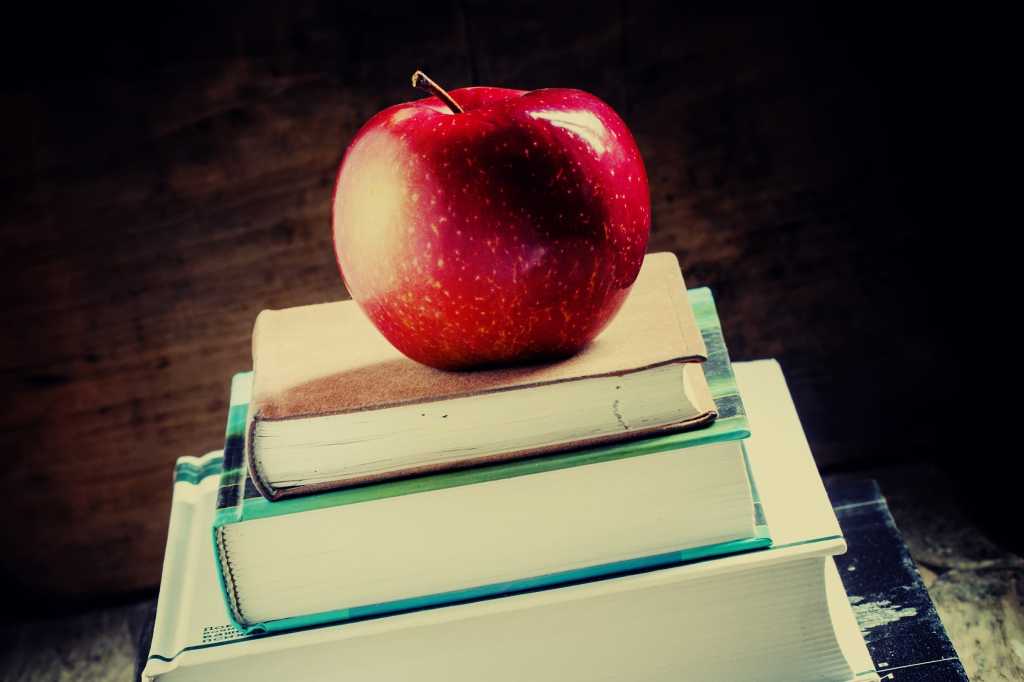 “I purposely look for people for whom learning is a hobby: Do they travel, do they read, are they programming Raspberry Pis on their own? Those are the people I want,” Howitt says.

He hired one applicant who set up a mini data center in his garage to work on networking skills, and he created a position for an HR colleague who shared that she had earned the Global Information Assurance Certification on her own.

Howitt values these self-starters because he (like every CIO out there) needs workers who are willing to evolve their knowledge to keep pace with the quickening speed of technology evolutions and business disruptions.

“The ability to pivot and learn are the things that make people valuable in this industry,” he says.

So valuable, in fact, that he and others are focused on creating a workplace that cultivates ongoing training and education as a mark of excellence. The idea, they say, is to develop an environment where workers view curiosity and learning as part of their everyday jobs, where they regularly seek out opportunities to expand their knowledge and where they have the resources to do so.

“CIOs need to be thinking about how to create a culture of continuous learning and how they need support it,” says Rick Sabatino, senior manager in the operations excellence practice at the management and technology consulting firm West Monroe. “It’s not a new idea, but the market forces and the pace of change have increased the imperative of this.”

Statistics back up that assessment.

The World Economic Forum’s Future of Jobs 2020 report estimated that the rapid pace of automation will displace 85 million jobs by 2025 and at the same time create 97 million new ones.

Employees know they have to change. The Pew Research Center reports that 87% of working adults acknowledge the need to learn new skills throughout their careers.

“In order to create and maintain an adaptable and dynamic organization that thrives in ever-changing conditions, the workforce must be able to frequently acquire new skills and embrace new mindsets,” says Leslie J. Morse, product owner for professional development solutions at the training and certification firm Scrum.org.

As such, Morse believes organizations have an imperative to support workers’ ability to learn.

“The ability to learn is a muscle in and of itself. It’s really about resiliency in knowledge acquisition,” Morse adds, saying cultures of continuous learning have structures that encourage practical learning on a day-to-day basis and organic self-sustaining motivation for learning across the workforce.

Establishing and maintaining a workplace culture that values continuous learning requires the same attention as does any other culture-related initiative, leadership experts say. They offered their insights on the steps it takes to get there.

Start with a vision

“Transitioning to a continuous learning culture is not unlike other transformational initiatives organizations undertake (e.g., digital transformation or agile transformation). If you are absent a compelling reason why you want to shift, nothing will change,” Morse says.

HR professionals often distinguish between training and learning, with training being a passive activity where workers are given information while learning happens when individuals internalize lessons.

Although learning advocates say training remains important, they advise CIOs to carve out more opportunities that enable employees to transform training into actual learning by testing out the lessons for themselves.

“Creating a culture of continuous learning is much more than just paying for and providing training for employees. You must allow them the time to learn and create conditions for them to be curious and innovative,” says Ronda Cilsick, CIO of tech firm Deltek.

She continues: “Training on its own means very little if employees don’t have the opportunity to apply their newly acquired skills and knowledge, and that is what ultimately keeps employees engaged and growing in their careers.”

CIOs who want a culture of continuous learning must make it sacrosanct, preserving the time, money, and attention needed to support learning on an ongoing basis even as other priorities come up.

“That’s the hardest part to do: It [often] gets backburnered by the fires, but it should be a priority,” West Monroe’s Sabatino says.

Deltek has done that. The company, which lists continuous learning and development as one of its core values, implemented a program that asks employees to commit to 40 hours of learning annually. Employees can choose from a multitude of programs, including LinkedIn Learning, mentoring and coaching, self-directed learning curricula, learning paths and leadership development programs. The additional work and stresses that came with the pandemic didn’t change that.

“We still ask everyone to take the time to continue learning and keep their edges sharp,” Cilsick says.

Give workers a learning pathway

CIOs should offer guidance to their employees on what knowledge they need to learn to remain relevant to the organization in the future, aligning learning objectives with the competencies that the organization will need to implement its strategic vision.

“You can’t just expect your team to do it. You need to say: ‘How do I advance the agenda and look after my own people?’” says Nicola Morini Bianzino, global CTO for professional services firm EY.

To do that, he says EY offers training curriculum by domain as well as its own MBA degree program with the Hult International Business School.

Sabatino has also seen organizations successfully guide employees forward. He worked with one IT client that developed a skills report for each of its workers. Each report established a starting point based on individual and manager assessments and listed targeted learning opportunities that tied into the company’s multiyear plan. The company’s HR department then identified and procured a variety of resources to deliver what the workers needed for their learning journeys.

“People felt more aligned, appreciated, and engaged. They perceived that the company cared for them and they were going into it all together,” Sabatino says.

At his 2005 Stanford University commencement address Steve Jobs spoke about the importance of a calligraphy class he took in the years after he officially dropped out of Reed College. He acknowledged that he didn’t see the “practical application” of the class at the time, but it influenced the first Macintosh computer design a decade later.

The story should serve as a reminder that there’s value in all sorts of learning, says Matthew Mead, CTO of SPR Consulting.

“You can be a little prescriptive [in learning plans for employees] but also have room for people to pursue what they love,” Mead says. “If you let people explore interests that are relevant to them, you’d be surprised at how they come back to help form solutions down the road.”

He points to one of his team members who held a highly technical role with no management duties. Yet he wanted to learn public speaking, so SPR paid his fees to Toastmasters International where he was able to acquire and practice the art. That in turn allowed him to be a better communicator in his everyday work, a boon to both the employee and the company.

“It shows you respect and value this person and you’re going to invest in them and their training and development,” Parsons says. “And workers are more excited to learn, knowing their career and performance matter to the company.”

These plans should include the shared goals of the individuals and the organization; they should address options for achieving them, too. Parsons advises people to get creative, looking beyond the usual training courses to list other learning opportunities such as shadowing colleagues or working with different project teams.

Scrum.org’s Morse advises organizations to adopt experimentation to help themselves and their workers to really embrace learning.

“Formal experimentation and use of hypothesis are common in product development. An experiment-driven learning approach brings the same rigor and structure to professional development,” she explains. “Learners are encouraged to be crystal clear on the goals and outcomes they have for learning and design experiments that allow them to put new knowledge into action.”

This approach comes with a bonus, Morse says: “It encourages the curiosity of learners in a way where they first must uncover ideas of what it is they need to learn in order to achieve the desired outcomes they seek, a key aspect of learning how to learn. There must be an appreciation for graduating levels of proficiency that build from being unaware, to being aware, and further evolve to levels of innovation or mastery.”

According to LinkedIn’s 2021 Workplace Learning Report, 69% of Gen Z workers are motivated to learn if they believe it will help them perform well in their current jobs — more than the 47% motivated by the prospects of working in a different function or in a new role internally.

Technology executives say they tap into that motivation to incentivize workers of all ages, as they recognize learning excellence with digital badges and promotions to keep momentum going.

Eric Newcomer, CTO at tech firm WSO2, has seen such programs work. Newcomer, whose experience includes senior architecture roles at Credit Suisse and Citibank, cites a prior employer’s distinguished engineering program as case in point. It created a pyramid of expertise that motivated people to keep expanding their knowledge as a way to move up. “People aspired to this,” he says.

Test and fail and talk about it

Organizations that have worked learning into their everyday operations have ways that let workers test ideas, fail safely, and learn from each other, says Leslie Deutsch, practice director of education services at IT service management firm TEKsystems.

“They’re always learning together, and they’re applying and sharing with others what they’ve learned,” she says.

Her own organization, for example, has a channel within its collaboration platform that allows workers to post about problems they’ve worked through and what insights they’ve gleaned from their experiences.

“Everyone makes mistakes throughout their day, and having a place to talk about what they’ve learned makes them feel safe to experiment,” Deutsch adds. “That helps us move forward.”

CIOs and other executives need to lead by example if they want to truly demonstrate that ongoing learning is an asset, according to training experts and seasoned technology leaders.

CDR’s Parsons worked with one CIO who developed a learning plan after participating in a 360-degree review to gain feedback from all around him. He then shared his objectives with his team.

“He met with them and said, ‘This is what I’ve heard, this is what I’ve learned, and this is what I’m going to learn,’” she says. An executive action like that sends a powerful message that permeates through the organization, Parsons says, adding, “It says they’re supporting a learning culture, that they’re not above it, and they’re not exempt from it.”