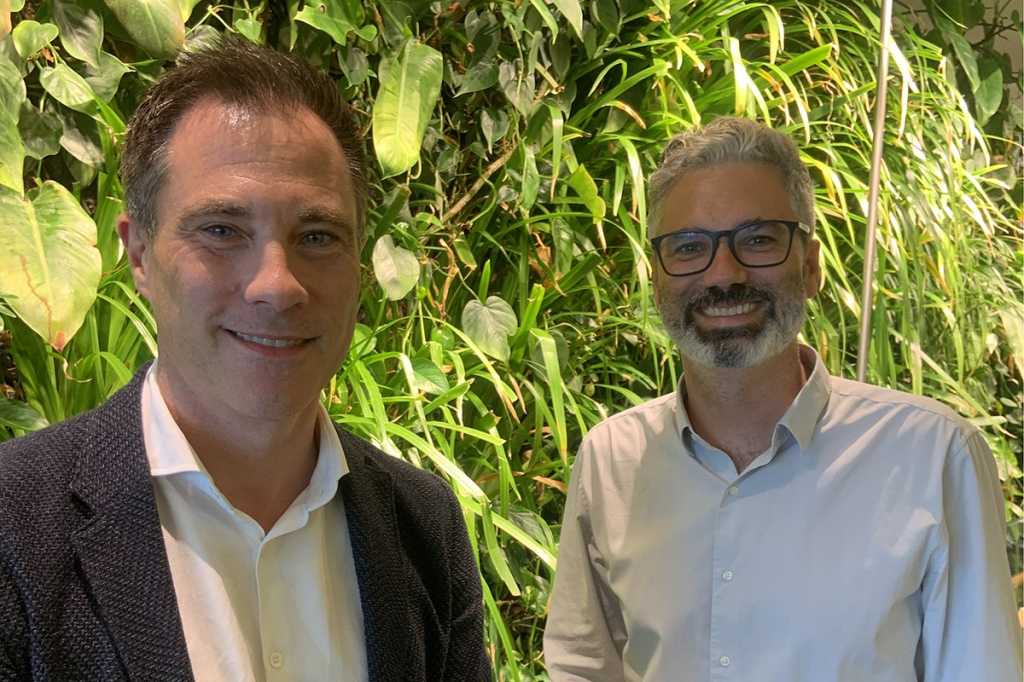 The construction sector has been notorious for falling behind other industries when it comes to digitising long-standing, manual processes.

This is despite 72 per cent of construction companies worldwide indicating in a March 2020 IDC report that digital transformation (DX) is a key priority to drive much-needed changes to their processes and business models.

But only 13 per cent are well on their way to succeeding in their DX journeys, according to the report.

One company leading the charge is Lendlease, which operates in an Australian construction industry that comprises 8 per cent of GDP and employs around 1.1 million people.

They spoke exclusively to CIO Australia about their dual roles and the broadening of the traditional CIO function, which has seen them become leaders in the digitisation of the entire industry.

“We have worked together for a long time and in a sense, it would be more difficult if we didn’t know each other,” Lipscomb says.

“In many ways, it’s a privilege to be in a senior leadership position where you have someone to talk and bounce ideas off because that doesn’t often happen and it can be a lonely place.”

“We work together on the IT strategy, talent and people and we are in lockstep on how we transform our business and the IT and services that we provide into a digital business.”

According to Worton, a ‘co-CIO’ role works only when the right individuals are involved.

If there are two people who are in competition, in ‘some sort of war for territory’ or are too similar in the way they operate, the arrangement can be doomed.

Both CIOs have complementary skills with Lipscomb focusing on the shift away from Lendlease’s technology group delivering one-off projects and ad-hoc investment as requirements demand to a much more product-oriented approach.

“This means embracing Agile [ways of working], resetting up teams, looking to change our model, which was largely [using] an outsourced external provider to more of an insourced product team with full time staff, a much greater technology capability within the team and more of a focus on engineering,” he says.

Worton is responsible for the delivery of Lendlease’s technology services and digital products worldwide through a network of regional CIOs. He is also creating a single common digital infrastructure that is largely about utilising cloud computing infrastructure with Google as a primary supplier.

This infrastructure is supporting Lendlease’s ‘Podium’ digital products that connect the supply chain across the construction and property sector through real-time live data sharing.

“Technology is moving from playing a supporting role in the work our business does to becoming an integral part of the outcomes that we produce,” Worton notes.

“For the first time in our history, there is going to be a direct link between the work our [technology] teams do and the outcomes of our business, which is a very broad shift.”

The construction sector has been using technology like business information modelling [BIM] for 30 years but the industry has been fragmented and unable to complete processes digitally ‘end-to-end’.

This has seen efficiencies introduced by great design tools lost because ‘manual reworks’ of processes have often been used at construction sites, says Lipscomb.

“Ultimately, the great modelling ends up with a printout that you give to somebody [at a site],” he adds.

“So, the lack of ownership around the end-to-end process, I think has really stifled it [digitisation in construction]. I think across our industry there has been a concern about where the value will be realised so there’s been a lack of desire perhaps to drive it”.

Worton explains that Lendlease is uniquely positioned to drive digitisation thanks to  an integrated model that includes its investment, development and construction operations.

“This gives us the ability to model and to try some of this stuff out and learn where the value can be realised. That’s the opportunity for our organisation to drive some of that change.”

Another key driver is the rapid proliferation of cloud services, which are now at a much better price point than ever.

Over the past four years, Lendlease has replaced most of its on-premise applications with SaaS-based solutions and plans to be 100 percent cloud this year.

“It’s not just about the infrastructure; it’s the advanced capabilities that we get from cloud, the ability to scale up and down based on the needs of our business globally, and run insights and analytics. All of these things are incredibly important to the transformation that we have ahead of us,” Worton notes.

Self-managing buildings of the future

A big change for Lendlease, says Lipscomb, is how the organisation uses data collected throughout its buildings to inform how they are maintained. For instance, Lendlease’s Barangaroo development in Sydney’s CBD generates around 1 million live data points from various connected access, lighting, and metering systems.

“Our end vision in this space is that the buildings can actually maintain themselves,” he says.

“It’s early days, but what the data team here has done is start to gather some of this information which we haven’t previously been able to bring together because it has always sat in proprietary systems. This is a key area that we are focusing on to change how the industry operates.”

Meanwhile, Lendlease’s Podium platform is enabling the organisation to build ‘digital twins’ or digital versions of buildings before they are constructed, which according to Worton, introduces technological advantages to construction that other industries such as aeronautics and automotive have enjoyed.

The deployment of digital twins across Lendlease’s property development and construction teams in Australia, the Americas, Asia and Europe, has helped reduce cost and risk by simulating how physical buildings will respond to external conditions.

“We are seeing quicker times for the ‘shovel to hit the ground’ so to speak,” Worton muses. “Improved cycles times and quality are really critical, particularly in a time of economic recovery.”

“This allows them to refine what they will end up delivering and that can only have [good] outcomes for customers, future users and communities. That’s a true improvement on what the built form will look like in the future.”

Three years ago, Lendlease recognised that digital disruption would occur across the construction sector and followed up by appointing Bill Ruh as chief executive officer, digital in December 2018. The response to digitisation, particularly from an older generation of construction experts across the organisation, has been positive, the CIOs say.

“The tool brings knowledge to people on the ground when and where they need it. A lot of that will be automated in terms of understanding people’s roles and the point of a project that they are working on and driving our IP to the right place at the right time,” says Lipscomb.

“This will also hugely impact the quality of what we are doing and help up to avoid potential pitfalls … this drives the sense that we are in it together and people are going to get holistic solutions to help them do a better job than they do today.”