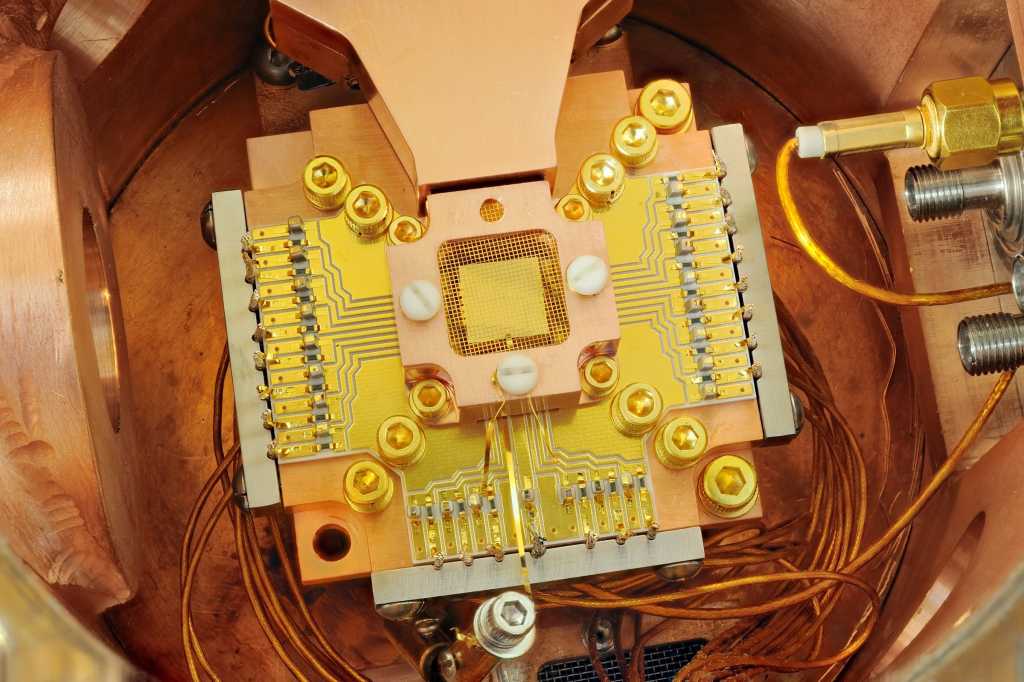 The Dutch government has great expectations for its planned investment of €615 million over seven years in quantum computing research and development. While it will certainly provide career opportunities for scientists and IT professionals and likely lead to advances in quantum computing, it is also expected to spark enterprise interest and experimentation in the technology and grow the start-up ecosystem in the country.

More broadly, Dutch officials say they hope that the funding will aid Europe’s efforts to achieve digital sovereignty — the concept that Europeans should have control over the data and intellectual property they produce and have a well-developed technology sector independent of the US and other global powers such as China.

The investment, announced this week, will come in the form of cash injections into the Quantum Delta NL programme, a private-public partnership of multinational tech companies, government agencies and quantum computing research centres in the Netherlands.

While the funding is likely to bolster the country’s already strong position in quantum R&D, the programme’s broader ambitions will likely face headwinds. The EU is not known to have a strong track record in scaling up start-ups, and some researchers and industry analysts fear that efforts to achieve digital sovereignty could end up cutting off potential support from some non-EU R&D and technology partners.

Quantum Delta NL says its goals include having 100 quantum computing start-ups, 2,000 PhDs and engineers working on the technology, and three large corporate, quantum R&D labs in the country, all by 2027.

“The Netherlands has a lot to offer with strong quantum hubs,” said Ronald Hanson, chairman of the Quantum Delta NL supervisory board, in a press release announcing the investment. “We are building on our public private partnerships to scale one of the leading quantum technology ecosystems by investing in talent, research, entrepreneurship and research facilities.”

The €615 million investment that the government approved is close to the €700 million originally proposed last year by Quantum Delta NL, which said that the funds would be expected to generate a GDP impact of €5 billion to €7 billion for the Dutch economy in the mid-term, and “contribute to strengthening the strategically relevant European Quantum ecosystem.”

What is quantum computing?

The main technical hurdles to building quantum computers relate to the fact that qubits are highly unstable. Much of today’s work on quantum computing involves figuring out ways to maintain the stability of qubits in a state of superposition long enough for computation to be performed.

Major vendors including, IBM, Intel, AWS, Google and IBM have created quantum computers and a number of tech companies have created programming interfaces for quantum machines that allow enterprises to experiment with the technology.

Companies including Volkswagen, Delta Air Lines, and financial organisations including J.P. Morgan Chase, Goldman Sachs and Wells Fargo have announced participation in quantum research projects using technology from the major vendors. Applications include analysis of death and mortality tables, risks in securities, and modelling molecular behaviour. But these are pilot projects. The broad availability of cost-effective quantum computing is still a way off, say industry watchers.

“Companies can start experimenting but what we don’t have is quantum computing at scale,” said Martha Bennett, a vice president and principal analyst at Forrester. “It’s not an area where anybody who is not experimenting will lose out.”  Quantum computing has its most immediate impact in security, since the technology potentially has the compute power to crack advanced encryption techniques, she noted.

The Netherlands has quantum R&D hubs

The Netherlands has, meanwhile, built a reputation for being one of the world’s leading hubs for quantum computing R&D. It is home to research institutes including QuTech in Delft, QuSoft in Amsterdam and QT/e in Eindhoven; research groups in Leiden, Nijmegen, Groningen, Twente and Utrecht; and coordinating bodies such as TNO and StartupDelta.

The research centres have built strong ties to non-EU tech companies. One setback occurred in March when a quantum research paper published by a Microsoft scientist several years ago and based on work done at QuTech had to be retracted after researchers in the US and Australia pointed out errors. But neither Microsoft nor other major tech vendors have said that the incident would adversely affect quantum research in the country, and Microsoft quantum computing vice president Zufi Alam embraced the reaction to and re-analysis of the paper as “an excellent example of the scientific process.”

While the Netherlands is poised to make advances in quantum computing, it may be more difficult to achieve some of its grander goals. “The ambition of the Quantum Delta NL program is high: to position the Netherlands as a new Silicon Valley for quantum technology for Europe,” according to the Quantum Delta announcement this week. “Because of its strategic and economic importance, quantum technology is central to the European ambition for digital sovereignty.”

Some scientists will undoubtedly be attracted to the Quantum Delta programme and related research opportunities in the Netherlands, but the project’s broader ambitions will have to overcome some obstacles.

“The Netherlands has a strong history in quantum research,” Bennett said. “Where there’s always the question mark of course, when somebody tries to engineer a silicon something or other, is that those take a long time to build up. This is not something that will happen overnight — you can’t force innovation.”

And while Europe has a track record of supporting start-ups in the initial stages of their development, young tech companies have had difficulty scaling up in Europe, Bennett said. “Enterprises in Europe don’t have the same appetite to pick up something a start-up has done and become a flagship customer, and there is not as deep a bench of venture capital, as you have in the US.”

A potentially bigger concern is that the effort to achieve digital sovereignty in the EU may end up restricting the flow of talent and funds to Europe if taken to the extreme. A draft proposal from the European Commission sparked controversy recently by suggesting that some of the EU’s closest non-EU research partners — including the UK, Israel and Switzerland — be restricted from participating in projects, including quantum research, supported by the Horizon Europe funding programme.

“In order to achieve the expected outcomes, and safeguard the Union’s strategic assets, interests, autonomy, or security, namely, participation is limited to legal entities established in member states, Norway, Iceland, Liechtenstein. Proposals including entities established in countries outside this scope will be ineligible,” the draft says.

The proposal has caused concern among researchers in Europe. “By building a moat around Europe you might lose some potential contributions,” Bennett explained. “The Netherlands can hold its own and attract scientists but I do think this more EU-focused approach will lead to losses.”