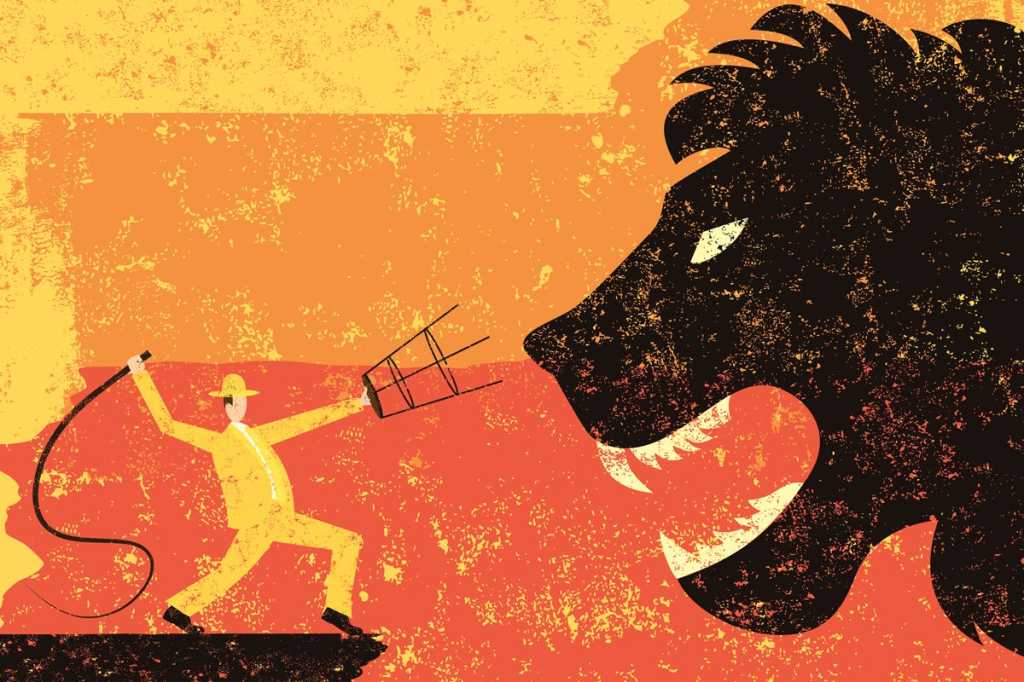 Any tech pro who’s been around the block has likely dealt at some point with an abusive, manipulative, or simply clueless boss. Bad bosses are found in every industry and in every line of business, but the challenging role that IT managers must fulfill ensures specific issues can be common.

Managers with business skills and team-leading experience may lack the tech chops your team employs every day, rendering them out of touch with the real-world challenges of getting the job done. Or the opposite may be true: The boss may be a technology star but lacks soft skills, and the promotion to management might only amplify the communication deficiencies.

“We don’t train people to be good bosses really,” says Jim Finkelstein, CEO of organizational development consultancy FutureSense. “We talk about it. We pay lip service to it. We may provide some remedial coaching after the fact. We don’t understand how people can flip, and how they act under pressure.”

Finkelstein says the problem is compounded by leadership that may recognize a manager’s bad behavior but keeps the person in place to get the job done.

“We put the wrong people in the role,” he says, “and don’t support them as human beings in learning how to lead, and not everybody is a natural born leader.”

But you don’t have to suffer silently. There are ways to manage up, enlist help, and offer feedback to give yourself some leverage. We talked to tech pros and human resource experts about their own experiences dealing with difficult higher-ups. Here are some of their best tips for making the best of the situation before you decide to jump ship.

Differentiate between bad and demanding

When employees seek help from others on how to deal with a bad boss, they’re frequently told the manager is simply demanding, says Elaine Varelas, managing partner at Keystone Partners. But, Varelas says, that’s not always the case, and it pays to know the difference.

“If they have the courage to speak up, they may hear that the bad boss is under a lot of stress to ‘fill in organizational initiative or goal here,’” she says. “These employees are not talking about a demanding boss. Demanding bosses can be great bosses. They set high expectations, encourage people to be accountable, and provide training so people can succeed.”

The difference, Varelas says, between being asked to give your best and working with someone unpleasant and unpleasable is a matter of soft skills and emotional intelligence.

“Ask about the behavior, the language, and how they feel after an interaction with the bad boss,” she says. “Do they feel belittled, humiliated, afraid? Don’t make excuses for bad bosses. Most people have exhibited less than stellar behavior at one time or another, and a good boss will apologize. For the bad boss this demotivating behavior is the norm.”

Be a stone, then get rolling

When dealing with a boss that’s not just difficult but abusive, Nadine Kano, managing partner at Arioso Group, argues that the best approach to maintain your sanity is to get Zen.

“It doesn’t matter what industry they’re in or what role they have, the only way to defuse an abuser is to remain calm and non-threatening,” Kano says. “Employ the ‘grey rock’ technique. Be as boring as a rock. Be as respectful as you would be to anyone else — no more, no less. Don’t give them any special treatment, better or worse. Never let them sense you judging them or losing patience with them. Bullies have low self-esteem, and they will take any negative vibe from you, including fear, as a threat.”

Kano recommends offering good, but genuine feedback, in a friendly but neutral tone, while avoiding venting.

“If your colleagues talk badly about your manager, smile and nod, but don’t join the fray. Being their victim gives them too much undeserved power over you. Plus, ugly talk can come back to bite you in the strangest of ways at the most unexpected of times,” she says. “Then update your resume, activate your network, painstakingly nurture your Plan B, and as soon as you can, get the hell out of there. That’s advice from someone who’s been there multiple times and almost always did everything wrong. I now do quite well working with even very demanding or difficult clients.”

Michael Timmes, human resources consultant at Insperity, says the manager who behaves badly may be reacting to stresses that aren’t even related to work. Most people tend to toughen up when exposed to stress, and if it’s not work-related it may be completely invisible to their colleagues. He recommends taking a measured approach when responding to your boss’s actions.

“When dealing with a difficult manager, it is important to listen and think things through before reacting,” Timmes says. “Remain calm and professional and try to understand possible motivations. If needed, log off and take a few minutes to digest the immediate issue. Look for opportunities to create shared micro-goals to show transparency and increase trust in the workplace. Ultimately, the challenge of dealing with a difficult manager presents an opportunity to develop leadership and conflict management skills that will prove valuable in future workplace situations.”

Remote work has only compounded the routine misunderstandings that happen in the workplace. Timmes suggests thinking about how your manager prefers to communicate, and then lean into that. He also recommends formal policies for communicating remotely.

“If a difficult boss prefers phone calls, consider picking up the phone before attempting to address any workplace issues via email or messaging apps,” he says. “Digital communications can easily go unnoticed, creating bottlenecks that slow progress and dent productivity. Making assumptions or misinterpretation of emails or body language on video calls can also impact performance. Many of these issues in the remote workplace can be resolved through clear, consistent, and frequent communication with co-workers and management.”

Be transparent and specific

SAP Chief Learning Officer Max Wessel suggests being specific about what’s expected — and then following up.

“Most people, especially non-technical managers, become difficult because of their anxiety,” Wessel says. “In situations where your manager’s anxiety is cascading on you, communicate early and often about the progress of your projects.”

Managers are frequently frustrated trying to understand how things are being executed on multiple levels, he says, and it’s hard to make sense of where a project stands via PowerPoint.

“Many managers struggle to gauge how the real work is going,” Wessel says. “Absent code reviews and demos, it can be difficult to turn an update meeting into a real assessment of how a project is going. If you miss a deadline or slip on a release, that’s the only time it becomes real. For better or worse, that’s when the chasm between expectation and reality falls immediately on the shoulders of the technical team.”

For that reason, Wessel recommends transparency when talking about project status and showing work in progress regularly via live demos.

Truisms aren’t typically part of the guidebook to dealing with bad bosses, but Wessel says you actually can lean on the old saying that it’s hard to argue with success.

“I once had an executive who was just waiting for our team to fail,” he says. “I’d lobbied to secure enough resources to try something new out and thanks to our CTO was able to get them. In every meeting, however, there were missiles fired from the executive who believed he had been right all along. We started every update with a recap of our users’ stories. It was hard to argue with that. When we start with examples of how we’re delivering value for users, it’s hard to object.”

And while it’s inadvisable to vent or gossip with co-workers about a bad boss, FutureSense’s Finkelstein disagrees with those who say you shouldn’t seek help from your colleagues.

Be frank when the time is right

When faced with a bad manager, Finkelstein says you should start by controlling what you can, by offering feedback when given the opportunity.

“You have tools and situations that you can leverage,” he says. “How many times have people been asked to participate in 360s or other performance reviews, and they say nothing? They say, ‘Oh he’s perfectly fine.’ You have got to speak up because you can’t help to either correct behaviors, if that’s what you want to do, or make people aware of these bad behaviors. People have to speak up without fear of retribution because the law is on your side if people retaliate against you.”

Finkelstein says advice on dealing with bad bosses frequently paints the employee as subservient, and it’s a problem.

“This creates an unhealthy co-dependent relationship,” Finkelstein says, “You cannot sacrifice yourself for a bad boss; you must be willing to leave if it gets too bad. And that’s a critical component. There’s a point in time in which they cross the line, and you don’t go back. The main reason that people leave their organizations number one is they hate the boss. That’s got to stop. I think a lot of the social movements that are going about right now are building credibility for people to be able to have these conversations.”

The pandemic has only accelerated the shift to remote and gig work, and it’s creating new opportunities for those who are suffering under a bad manager — even without the need to relocate.

“It is a big world — people can move very effectively from organization to organization. There’s tons of opportunities, new companies being created all the time, and particularly in the tech world. When you have solid subject matter expertise, you’ll find a job somewhere,” he says, adding that worrying about how your living situation will be impacted by a job search isn’t as much of an issue now.

“Those things don’t come into play anymore,” Finkelstein says. “If you’re good at what you do, you’re going to find another job. You have a lot more leverage as a human asset.”