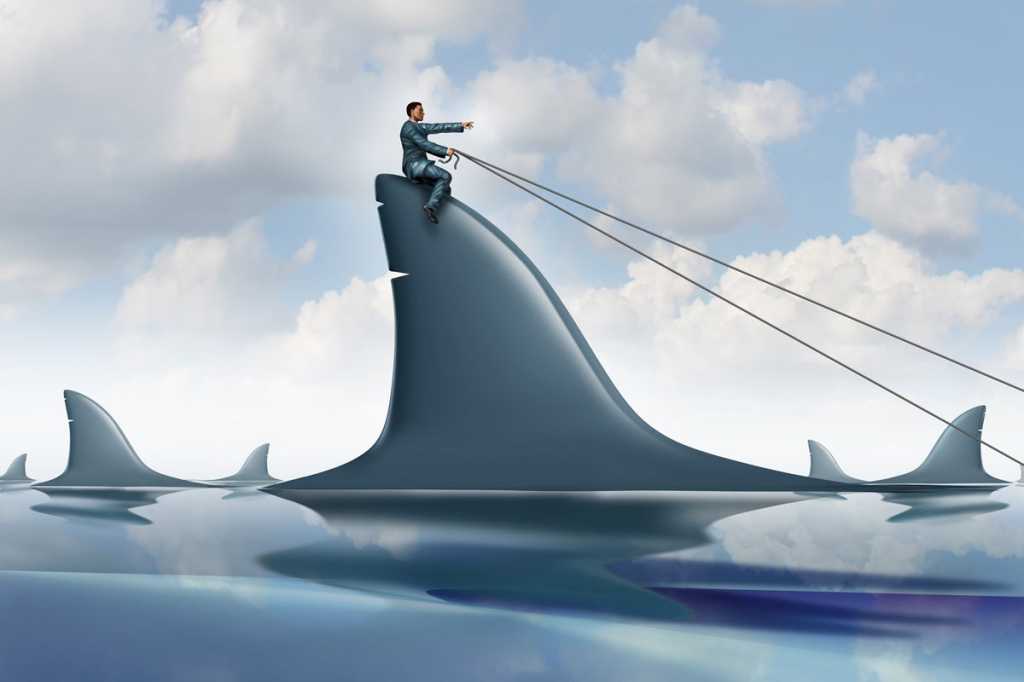 Paul Heard has been leading IT initiatives for more than 20 years, but nothing he’s experienced before matches the pace of change, organizational pressures, and uncertainty that CIOs have faced over the past year.

“The pandemic has changed the dynamics of the organization,” says Heard, CIO at Zuora, a subscription management platform. “All the best practices that have been engrained into IT leaders about simplification and cost reduction is almost contrary to helping the organization make rapid change.”

This rapid change and uncertainty have also led some CIOs into making leadership and strategy missteps that undermine their own success, sometimes without even realizing it. The opportunities for forward-looking tech executives are vast, as are the risks for those who fall into self-sabotaging behaviors, according to consulting and advisory firm Deloitte.

“This was an inflection point to step up to a bigger and broader role,” says Khalid Kark, US CIO program research leader at Deloitte. If CIOs don’t answer the leadership call and adjust their behaviors, “they cemented their place as more of a function leader and less of a business leader.”

Tech leaders and industry advisors identify seven ways that CIOs can sabotage their own success in a post-COVID world, and how to avoid them.

1. Not asking for outside help

Many CIOs have dozens or even hundreds of IT professionals on their team. Because of this wealth of resources, they think they have the skills to move forward without any outside technology or consulting help.

“Now maybe isn’t the time for that,” Heard says. “The speed of change means that getting a little bit of external help is very good thing in this point in time.” While Heard is not suggesting that an entire internal team be replace or a function completely taken over, still “you’ve got to speed up the thinking in your organization and have some kind of catalyst that is outside that knows where the industry is going,” he says.

2. Being afraid to operate in the gray

The board of directors, the C-suite, and most business leader peers understand the risk-reward to every decision. “What they want from the CIO is not a 100% risk-free solution,” Kark says.

But CIOs are often hesitant to come up with suggestions unless they’re absolutely sure they will work. “Operating in the gray is really important today because there is no certainty today,” he says. “You’ve got to be able to thrive in an uncertain environment.”

The CIO should always lay out options and provide recommendations. “Sometimes the business will make the riskier call with better potential payoff,” Kark says.

Some of the words that CIOs use can reinforce the ways they have traditionally been perceived as functional leaders, says Noah Rosenstein, principal analyst at Gartner.

“It can be counterproductive to the role that they may be trying to evolve into or that they want to have as an executive leader,” Rosentein says.

What’s on the out list? The terms “internal customer,” “IT strategy,” and even “IT” itself.  What’s in? Business partners, business strategy, and “I&T.”

“Even small things like calling it an ‘IT strategy’ implies a strategy for IT department rather than the business’s technology assets,” Rosenstein says. “It reinforces that mindset of a functional strategy versus a business strategy for the use of technology.” IT strategies should be created from the perspective of how information and technology is going to be used as an asset to contribute to the business and deliver value.

Gartner began using “I&T strategy” in its research to signal that they’re talking about information and technology as business assets rather than the IT organization.

CIOs should also avoid calling business units “internal customers,” Rosenstein says. While traditional CIOs wanted their IT organization to be seen as more service-oriented, today “using language like treating your business partners or business units as ‘customers’ obfuscates the true customer of the business. It paints the picture that you’re not focused on the same customers that the rest of the business is focused on.”

4. Assuming that your people are engaged

Remote work has raised the culture stakes for almost every company. Ignoring a changing work culture and assuming that your team is productive and engaged can doom a CIO’s success and lead to a drain of talent, according to Korn Ferry.

“Avoid making assumptions that everything is fine,” says Craig Stephenson, managing director of Korn Ferry’s North America technology officers practice. CIOs and the C-suite are supposed to be the culture architects who make sure that the right structures are in place to support those desired behaviors. But “when you have a remote workforce, it’s incredibly hard to define that culture and establish that culture regardless of what the C-level is saying it should be,” he says.

A survey by 451 Research found that while productivity may be high when working remotely, engagement still suffers. Only 11% of employees surveyed felt more productive and more engaged with remote work than work from the office. These positive respondents tended to be more senior within a company, had prior experience with remote work, and were generally more tech-savvy, according to 451 Research.

CIOs must have frequent contact with their team members regardless of their work location and provide learning opportunities and challenges. Stephenson suggests creating rotational environments, for instance, to cultivate well-rounded professionals who are prepared for greater challenges.

CIOs should also empower employees with more decision-making authority and greater freedom to express themselves. “With that empowerment, employees will stay,” according to Korn Ferry.

5. Waiting for the problem to come to you

Many CIOs wait for a business problem or process challenge to come to them before they start thinking about solving them, Kark says, but that only reinforces the CIO’s perception as an order-taker rather than a change maker.

“A lot of CIOs are reactive, but the change leader role is very proactive. It takes a different type of orientation of being agile and nimble not just in providing and delivering technology, but to create opportunities for the business,” Kark says. He recommends that CIOs engage with or insert themselves into the innovation process, so they can drive technology, enable the business, and identify growth opportunities.

6. Hiring for skill sets rather than strategy

Some 69% of IT leaders say they’re re-evaluating IT skillsets this year, and for good reason, according to CIO’s “2021 State of the CIO” survey. The pressure for CIOs to strategize their future state and ensure they have the skills necessary to implement that vision has never been greater.

In a global Deloitte survey, 68% of CIOs said that one-third of their staff’s current skill sets will not be relevant in the next three years. CIOs must ensure their future success by hiring for business strategy rather than current skillset needs and finding new strengths that aren’t already represented.

Heard recently interviewed a candidate who would report directly to the CIO. “He was outstanding,” Heard recalls. But as he considered the candidate’s qualifications, he realized “he looked a lot like me, his skills like mine, and that’s not going to make a fantastic team, but will duplicate strengths. It’s not about playing to the team’s strengths, but it’s weaknesses.”

7. Staying in your own lane

There’s never been a bigger push for CIOs to become business leaders and not just functional leaders. A recent survey 100 CEOs and 400 tech leaders by Deloitte and WSJ Intelligence shows that CEOs not only trust technology leaders to be a strategic business partner and to drive organizational change through technology — they are clamoring for tech executives to do so.

CEOs are signaling that the technology function cannot operate as a siloed entity while making a meaningful impact on the business. The CIO has a critical role in developing and fostering business strategy. “If they don’t step up, other leaders within the organization will likely take on these roles,” according to the report.

How to avoid self-sabotage? Ask for, and act on, feedback

“It’s very important for the time we’re in right now that the CIO receive continuous feedback and operate within highly dynamic environments,” Stephenson says. “Avoid taking things personally, and continue your focus on optimal outcomes. Don’t just take feedback, ask for it, and act on it.”