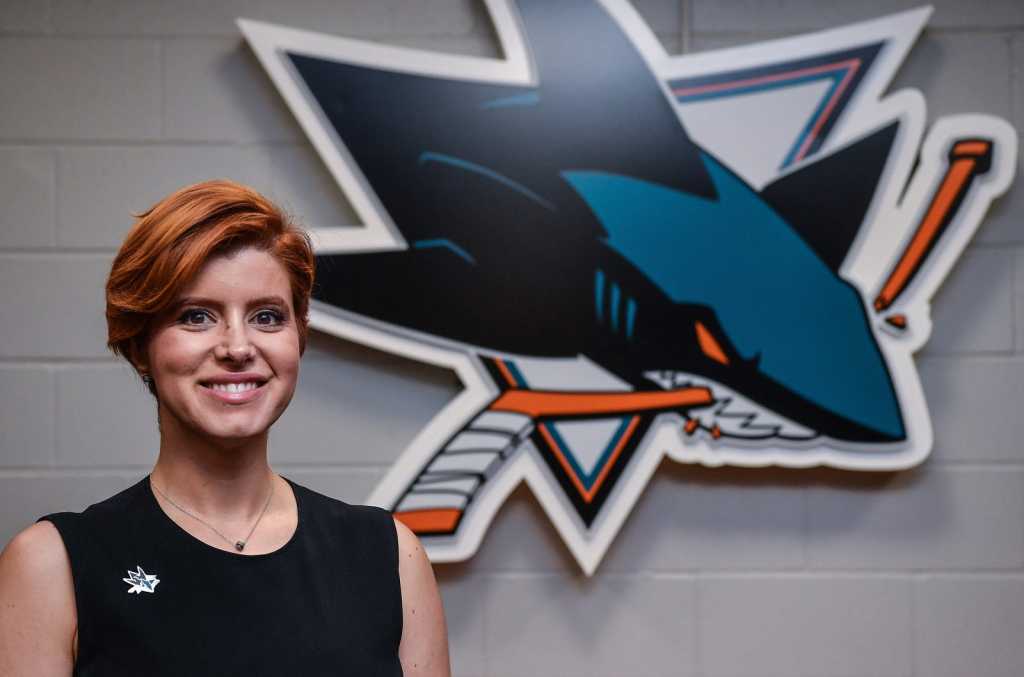 Fan engagement is essential to professional sports franchises, and teams in most sports are building their data capabilities to help their marketing teams and sales teams better reach fans and keep them happy. Teams especially focus on season ticket holders, who are their most loyal fans, providing dependable ticket revenue and merchandise sales.

“Season ticket holders really are the lifeblood,” says Neda Tabatabaie, vice president of business analytics and technology for the San Jose Sharks. “When you buy one game ticket, you’re just committing to the one game. But when you buy the whole season, it’s 44 or 45 games you’re committing to. And like every other business, we know that the cost of retaining a customer is less than the cost of bringing in a new customer.”

Iranian-born Tabatabaie immigrated to Toronto at 20 and spent nine years working in database marketing for the Toronto Maple Leafs before moving to San Jose as vice president of business intelligence of the Sharks in 2015. Over the next few years, the marketing team struggled to measure campaign ROI and churn risk for season ticket holders and was running into issues with siloed data as well.

“The nature of our business really put us in a situation where we started with disparate or siloed data sources,” Tabatabaie says. “Almost every team has a ticketing vendor and a food and beverage vendor. You have a retail vendor on the side, and sometimes there is a third party online. Then you have a mobile app provider. Your website is this whole other entity. And some of these things are legacy systems.”

At the time, the Sharks could track ticket sales and email opens per fan but couldn’t correlate the two events to understand how an email campaign translated to ticket sales.

In 2019, Tabatabaie transitioned to her current role with a mandate to break down those data siloes and help the organization incorporate multiple data points, such as ticketing and fan activity and behavior, into its marketing efforts with the goal of packing its arena, SAP Center, with fans for every home game.

The plan was to integrate operational data, marketing systems, and ticket sales with front-end, fan-facing experiences and promotions to enable the Sharks to capture and quantify the needs and preferences of every fan segment — season ticket holders, occasional visitors, and newcomers — and translate that into targeted marketing campaigns based on actual purchasing behavior and experience data. Tying in sales data could close the loop.

By integrating the sales data and marketing data with data from its KORE Software ticketing system and social media and website data, the Sharks anticipate a 12% increase in ticket revenue, a 20% projected reduction in season ticket holder churn, and a 37% increase in campaign effectiveness (measured in click-throughs).

“One of the things that has happened a lot in our industry and elsewhere is we’ve recognized there’s a lot more data within the organization that you need take advantage of,” Tabatabaie says. “Before, roles like mine were only focused on customer-facing data.”

Tabatabaie sees her team as enablers that help other functions in the business set up and maintain access to their data but continue to own it.

“Our philosophy is that the ticketing department should focus on selling their tickets. Finance should focus on the books. Sponsorship, marketing, same thing,” she says. “We are going to build a report for them, but then they’re going to learn how to set their own views and go from there.”

With the help of SAP, Tabatabaie and her team (two people on the BI side and three on the IT side) began the Sharks’ analytics transformation by leveraging SAP Data Warehouse Cloud to integrate sales, marketing, ticketing, social media, and web data. Tabatabaie plans to integrate parking information from the arena and finance data from SAP S/4HANA Cloud into the SAP Data Warehouse Cloud as well. The Sharks use SAP Analytics Cloud to consume the data and create data visualizations.

“It got us up and running within probably a month,” Tabatabaie says. “We started with our most important data sources, which is our ticketing data and our marketing data.”

The effort has not been without its challenges. Roughly six months into her new role, the COVID-19 pandemic hit. In March 2020, the NHL put a pause on its season. In August, the league resumed play with a playoff tournament “bubbled” in two Canadian hubs: Edmonton and Toronto. For the first time since 1996, however, none of the teams based in California, including the Sharks, made it to the playoffs.

This year, the NHL has held an abbreviated season, most of it without fans in stadiums. Only recently have most arenas in the US started allowing fans to attend, albeit at 10% to 15% capacity. Canada has yet to allow its arenas to host fans. While professional sports such as football and basketball have broadcast deals under which most games are televised, and which generate a great deal of revenue for their respective leagues, the NHL had only a limited broadcast deal with NBC for the 2020-21 season. When the regular season ends in mid-May, the network will end up having broadcast 90 of 898 regular season games. Dedicated fans could subscribe to the NHL.tv streaming service.

All of this has put a large dent in the revenue of NHL teams. It also presents data challenges. Now that fans are starting to be allowed back in SAP Center, the Sharks have begun their yearly effort to get season ticket holders to renew their tickets for next season, which will start in October.

Preventing the churn of customers who purchase season or family tickets, along with attracting new fans, are crucial KPIs for the Sharks. Email engagement, how often ticket holders come to games, and overall ticket utilization are key inputs for those KPIs. But the pandemic has made much of that data unavailable.

“We haven’t had any ticket sales in the past 12 months,” Tabatabaie says. “Typically, our pipelines are people that have purchased tickets within the past 12 months, but we don’t have that. One of the things we’ve been working on is we’ve just launched our ticket sales effort for next year and how do you take advantage of all this data you have to bring in people, maybe people you might not have considered to be good prospects before.”

This reality has forced the Sharks to dig deeper into its data to get a better grasp of how marketing and communications efforts correlate with fan engagement, ticket sales, and season ticket renewals. It may not have ticket sales data, but there’s engagement data from email, demographic information, returns data from its ticketing partner.

“What are the people who are likely to respond within the next one to three months? Were these people impacted by the pandemic in a mental health fashion or financially? There’s a lot of things that we’re looking at right now that maybe we would have ignored before, so it’s helped push the story of the use of data across the organization a little bit more,” Tabatabaie says.

The sales effort has only just started, but Tabatabaie says early results are promising and fans are responding.