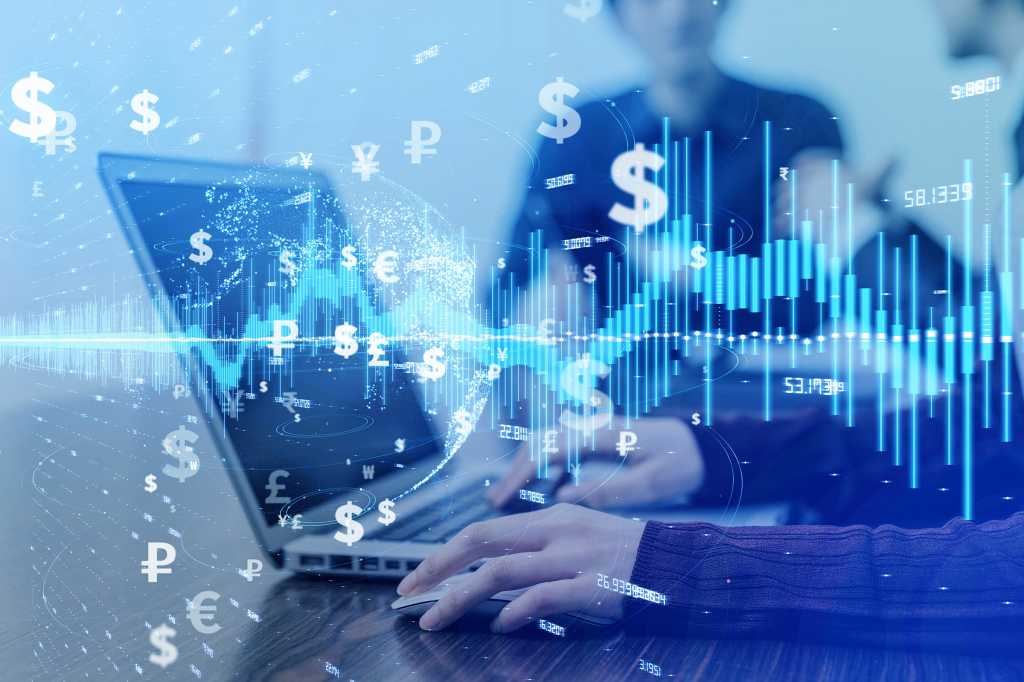 Financial technology, or fintech, has been one of the fastest-growing tech areas in Southeast Asia—the largest venture capital investment category by number of backed startups. With applications such as personalised access to robo-advisors, mobile payment systems, and instant cross-border transactions, it has the capacity to touch and transform millions of lives in a region with 570 million people and 360 million internet users, plus 22 million people joining the mobile internet every year.

According to Dealroom, a data platform for investors and business developers, the combined value of Southeast Asia’s fintech startups is US$108 billion, with Vietnam’s VNPay, Indonesia’s Akulaku, Ovo, and Payfazz, and Singapore’s FinAccel being amongst the region’s most valued fintech startups, with a valuation more than US$250 million each. Within this ecosystem, Indonesia and Singapore are the most valuable countries, with tech ecosystems worth US$60 billion and US$35 billion respectively. Each country is home to six US$1 billion startups, a.k.a. ‘unicorns’.

In the region, Singapore, Indonesia, and Vietnam have emerged as top hot spots of fintech providers. Singapore, with more than 490 fintechs, has cemented its leadership in this space owing to favourable factors such as the presence of a strong financial industry and investor ecosystem, friendly government regulations, and superior physical and digital infrastructure.

In Indonesia, the region’s largest economy, the adoption of alternative lending and e-money are driven by a young generation. E-money transactions jumped 173% from January 2019 to January 2020, Dealco estimated. Vietnam has also seen rapid growth in this sector, backed by government support and a booming e-commerce sector.

Southeast Asian fintechs have continued to attract funding despite the COVID-19 pandemic. According to financial analyst firm S&P Global, Asia-Pacific fintech firms scooped up $3.1 billion across 113 deals in the fourth quarter of 2020—the highest quarterly funding activity for the year. Total fintech investments in the region were $6.8 billion in 2020.

Southeast Asian fintechs netted 28% of Asia-Pacific deal activity and 17% of the region’s funding value, up 2% and 3%, respectively, from 2019. This figure does not include capital raised by the two regional e-commerce and delivery giants: Singapore’s Grab Holdings and Indonesia’s GoTo Group, the recent merger between Tokopedia and Aplikasi Karya Anak Bangsa, better known as Gojek.

Beyond the two giants, these fintechs that are based in Southeast Asia or serve Southeast Asia from other APAC locations are worth CIOs keeping an eye on as possible providers for their technology-based offerings.

What it does: Founded in Melbourne in 2015 before moving its headquarters to Hong Kong in 2018, Airwallex offer products for cross-border businesses like foreign currency accounts and multicurrency debit cards with Visa, international money transfers, and a suite of APIs to manage international payments.

Why it is a hot fintech: Airwallex raised US$100 million in March 2021, pushing its valuation to US$2.6 billion. So far, it has raised US$300 million. The company is aiming to increase its footprint and services across the world.

What it does: Akulaku is a consumer finance platform. It started with offering installment payment facilities for goods on e-commerce platforms, then diversified into personal loans across Indonesia, providing unsecured loans on everything from salary advances to vehicle loans. Its wealth management platform has more than 100,000 monthly active users in Indonesia.

Why it is a hot fintech: Akulaku has expanded from Indonesia into the Philippines, Vietnam, and Malaysia, where it serves more than 6 million users and has an annual transaction value of more than US$1.5 billion. It raised US$40 million in funding from Ant Financial in 2019. It aims to serve 50 million customers by 2025 and expand its business to 10 countries or regions.

Why it is a hot fintech: DTLedgers raised US$7 million in March 2021 and has commenced expanding its 70-member team by 120% across the Asia-Pacific region, Australia, New Zealand, Japan, India, and the Middle East. It is also reportedly migrating its blockchain-based systems from Hyperledger Fabric to Corda, R3’s enterprise blockchain platform.

What it does: Singapore-based investment platform Endowus is the first and only digital advisor for Central Provident Fund (CPF ), Supplementary Retirement Scheme (SRS), and cash savings.

Why it is a hot fintech: Endowus raised S$23 million (US$17 million) in April 2021. It wants to expand in Asia, starting with Hong Kong.

What it does: MoneyMatch enables cross-border international payments and remittances which are cheaper, faster, and more convenient than traditional banks.

Why it is a hot fintech: MoneyMatch was amongst the first batch of fintech startups enrolled into Bank Negara Malaysia’s Financial Technology Regulatory Sandbox, in 2017. It became a full licensee under the Money Services Business Act in 2019. In a short time, MoneyMatch has scaled to serve more than 20,000 individuals and more than 3,000 small and medium enterprises in Malaysia. It has also expanded operations to Australia and Brunei, and it has already transacted more than US$550 million in sending money from Malaysia to over 70 countries worldwide.

In July 2021, MoneyMatch raised US$4.4 billion, which it said it will use to expand its presence to Singapore and Hong Kong by 2022. It will also allocate additional resources to Malaysia’s northern and southern regions as it looks to ramp up its presence both nationally and internationally.

What it does: M_Service’s Momo is Vietnam’s largest e-wallet by number of users. It began as a SIM-card-based application that allowed people to transfer money and buy mobile top-up and game scratch cards, then became a mobile e-wallet app in 2014 which developed into a superapp offering an array of services ranging from insurance payments to digital marketing for merchants and charity donations.

Why it is a hot fintech: M_Service raised more than US$100 million in January 2021. It intends to use the funding to upgrade its app with biometrics technology and for strategic acquisitions, aiming to double its user base to 50 million in the next two years.

What it does: Mynt is a fintech startup wholly owned by Globe Telecom that offers services such as payments, remittance, loans, business solutions, and platforms. It operates two fintech companies: GCash, a mobile payments service, and Fuse, a lending platform for Filipinos to get microloans and business loans. GCash is the biggest digital wallet in the Philippines, serving more than 33 million users.

Why it is a hot fintech: Mynt raised US$175 million in January 2021 in fresh capital from ASP Philippines, pushing its valuation close to US$1 billion. The company said it intends to use the new investment to further spur the growth of financial inclusion and the digitalization of payments and financial services in the Philippines.

What it does: Ovo, officially Visionet Internasional, is a digital payment service that provides simple payment and financial services to affiliated merchants, business partners, and members in its ecosystem.

Why it is a hot fintech: A recent survey by global payments network Rapyd showed that e-wallet Ovo is the most preferred payment method in Indonesia. Ovo is the leading digital payment service in Indonesia based on transaction value, and it is valued at US$2.9 billion as of October 2019. Ovo serves more than 110 million people across 300 Indonesian cities. Both Grab and GoTo Group’s Tokopedia have adopted Ovo as their e-wallet in Indonesia.

What it does: Payfazz, the largest agent-driven banking network in Indonesia, offers innovative ways to give more Indonesians access to financial services, including bill payments and loans, even if they live in rural areas without banks. It currently serves 10 million monthly active users and plans to expand its offerings to include more digital financial products. Payfazz’s network currently includes about 250,000 agents located in small stores across the country.

Why it is a hot fintech: In July 2020, Payfazz raised US$53 million, achieving a total of more than US$74 million to date. Payfazz has recently launched loans and payments for offline retailers. It made a strategic investment of US$30 million in Singapore’s Xfers, to form Fazz Financial Group.

What it does: ShopeePay is an e-wallet service offered by e-commerce company Shopee that can be used to pay for online transactions within Shopee and also for offline transactions with merchants who accept ShopeePay. Available in Indonesia, Singapore, the Philippines, and Malaysia, ShopeePay allows users to make online payments, top up their wallet, transfer and withdraw funds, and make payments offline at thousands of merchant locations. It is part of SeaMoney (owned by Sea Group, a global consumer internet company) which has payment offerings such as AirPay, ShopeePay, and SPayLater.

Why it is a hot fintech: ShopeePay is a fairly new provider of digital payments but has become a market leader amid the e-commerce boom during the pandemic in Southeast Asia’s biggest market, Indonesia. With the highest user penetration (at 68%), it has outperformed its competition such as Ovo (62%), Dana (54%), GoPay (53%), and LinkAja (23%), according to a survey by a market research firm NeuroSensum.

What it does: Sunday is a Thailand-based insurance technology group that offers multiple insurance products and services. The company provides auto insurance, health insurance, and travel insurance.

Why it is a hot fintech: Sunday raised US$10 million in 2018, and has been aiming to expand into Singapore, Malaysia, and Indonesia. In September 2020, it raised US$9 million in preparation to expand into Indonesia. It differentiates itself from other insurance tech startups on the basis of a “risk-prediction model driven by AI and machine learning” and claims to use more variables than any insurer in Southeast Asia.

What it does: TranSwap offer an integrated system for payments, collections, conversions, and multicurrency accounts.

Why it is a hot fintech: In addition to TranSwap’s online transaction portal, cross-border payments provided by TranSwap are also available on the Networked Trade Platform (NTP) Value-Added Service (VAS) provider listing, a Singapore government initiative.

TranSwap is regulated and licensed in Singapore, Hong Kong, and Indonesia. Customers include 99.co, GeTS, and Global Tax Free & Prime Credit.

This startup has won multiple awards, including the  2019 Outstanding SME Cross-Border FX Platform award from ETNet, 2019 Excellence of Innovation for Retailing award from Asia’s Best Etailing Awards, and 2020 HK Impetus Award by Metro and KPMG. It has a development centre at the University of Edinburgh in the United Kingdom,and it was amongst five innovative fintech companies to receive AMTD’s first batch of investments. TranSwap has raised US$2.5M in funding.