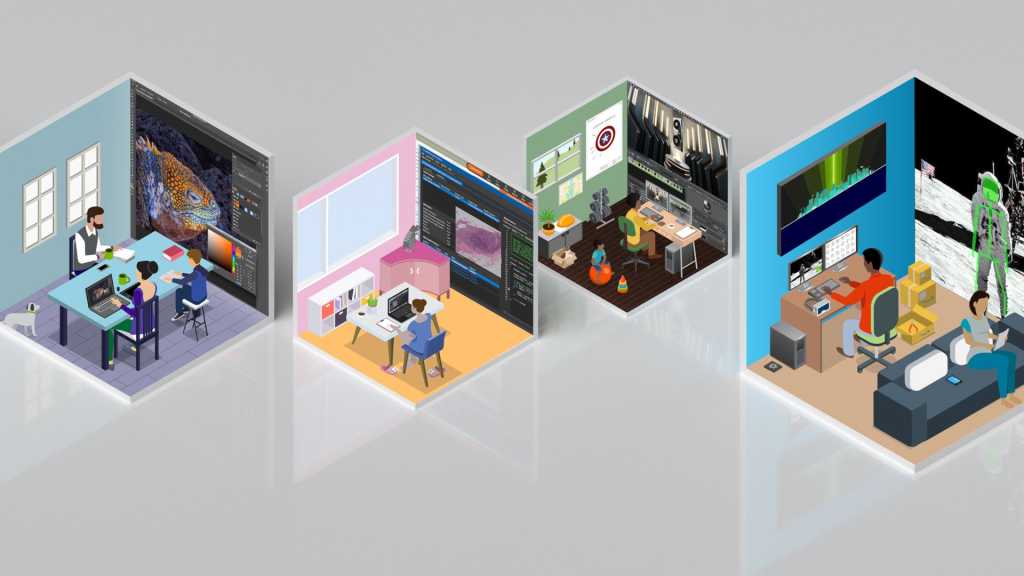 CIOs today are tasked with developing an effective digital transformation strategy and modernising their data centres accordingly. A major boost in this area can be an increased use of artificial intelligence (AI), which can accelerate innovation, realise decisive competitive advantages or even open new revenue streams. However, this brings with it more than just technological issues; the search for key AI talent continues to prove a major challenge. Analysts and consulting firms underline the importance of AI for CIOs: “AI models improve staff planning, demand forecasting and make it possible to render simulations that were previously unthinkable,” says Anand Rao, Head of AI at PwC. He predominantly attributes this progress to significant improvements in AI technologies. Stanford University’s annual AI index also shows a significant increase in AI applications. “The dramatic growth of AI in the last year has impacted both social and economic areas of application,” says Jack Clark, co-director of the study. He too primarily ascribes this development to major improvements in AI technologies.

Many of these new technologies are based on the use of new AI software, as well as NVIDIA’s graphics processing units (GPUs). Alongside sophisticated programs, these have become an integral part of modern high-performance computing (HPC) and been incorporated into massive new hyperscale data centres. They speed up a whole range of applications, from encryption, network management and analysis to state-of-the-art AI. Another factor facilitating the use of this processing power is CUDA, an NVIDIA parallel computing platform. This toolkit has been progressively honed since 2007 to help programmers harness the compute power of GPUs for general-purpose processing, including GPU-accelerated libraries, compilers and developer tools.

From these core technologies, NVIDIA has developed a number of solutions and tools for high-performance data centre facilities. “Our accelerated computing platform makes it possible to run different traditional and modern applications as part of a unified high-performance, cost-effective and scalable infrastructure,” explains David Hogan, Vice President Enterprise at NVIDIA. The platform in question supports an extensive software suite that can maximise productivity in the shortest possible time. And if industry-standard IT and DevOps frameworks are in place, it is very easy to integrate. The NVIDIA accelerated computing platform is also increasingly being used to accelerate next-generation workloads. And to further increase performance, a software-defined, hardware-accelerated stack has now been developed.

“This set of capabilities meets the present-day concerns of CIOs, who need a modern, cohesive computing infrastructure, ranging from the software-defined data centre to the edge,” adds David Hogan. He also stresses that all this needs to provide the functionality, as well as the performance, security and scalability required to run next-generation workloads. And this applies to modern AI applications in particular. “AI and machine learning (ML) have long since left the lab and moved into the enterprise data centres of every industry and every region,” says Jensen Huang, founder and CEO of NVIDIA.

AI applications: more than ever, faster than ever

Potential areas of application for new data centre and AI technologies are extremely wide-ranging, for example, in setting up remote working and video conferencing. This requires a number of powerful features to improve overall user experience and collaboration. NVIDIA Maxine is a dedicated SDK that can be used to develop and deploy AI-powered video conferencing capabilities. Maxine offers various features, such as active noise cancellation, real-time translation and subtitling, and even avatars with natural facial expressions. Other AI-powered services for language, image and linguistics represent a new level of quality for personalised, natural conversations.

One more area is online shopping recommendations. For some of the world’s largest e-commerce websites, for example, the recommendation systems in place account for up to 30 percent of sales. Even a 1 percent improvement in recommendation relevance can translate to billions in sales.

Fraud prevention is another major area of application. American Express has worked with NVIDIA to develop models that allow fraud detection to be carried out faster and more securely. “Our fraud algorithms monitor in real time every American Express transaction around the world, and we generate fraud decisions in mere milliseconds,” says Manish Gupta, Vice President of ML and Data Science Research at American Express, about this solution.

The time to act is now

“It’s time for CIOs to integrate AI-based solutions into their digitalisation plans.” This is David Hogan’s urgent advice to IT bosses, because time is of the essence. “Meanwhile, the most forward-thinking CIOs have already implemented AI-First strategies in creating entirely new business models. As a result, the gap between the leaders and the laggards is getting bigger,” he reasons.

Reliable partnerships are essential in this approach. NVIDIA, for example, already supports many companies of different sizes on their AI journeys by providing accelerated computing platforms for their data centres, which form the basis for the highest AI demands.