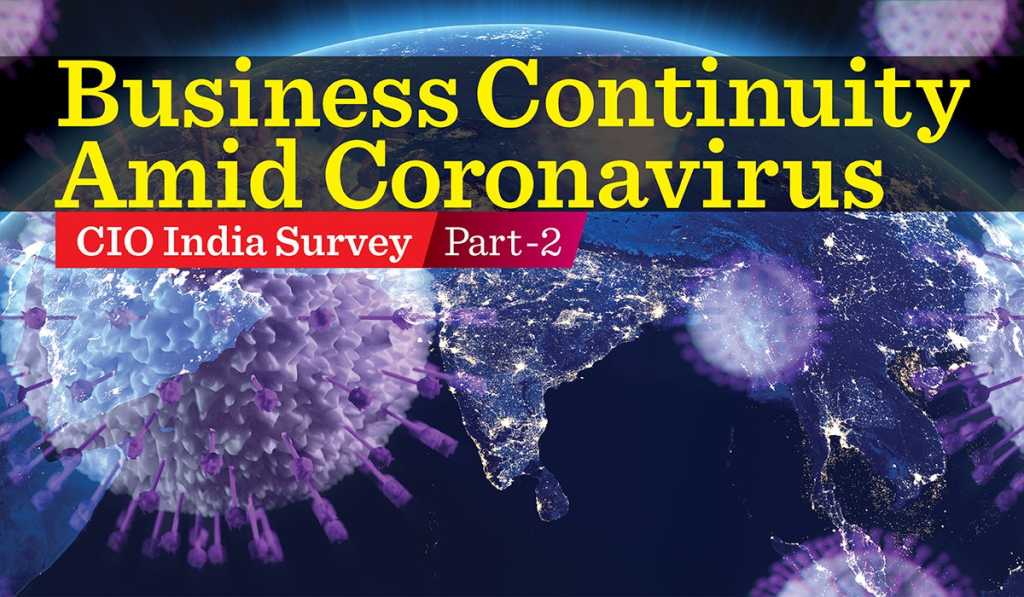 CIO India’s latest survey on ‘Business Continuity amid COVID-19’ reveals that there is a 23 percent spike (from 69% to 92%) in the number of CIOs who believe the coronavirus pandemic, as it stands today, will have a significant impact on business. The second survey was targeted at the same set of respondents who participated in the first, to provide a fresh snapshot of the change in perception, if any, in the CIO community.

While the first poll – conducted 9-11 March – showed that 7.6 percent of CIOs saw no impact whatsoever on businesses, the latest survey conducted 23-25 March doesn’t see a single CIO concurring to that notion. On the same lines, the number of CIOs who viewed the COVID-19 outbreak as a business catastrophe jumped from 2.5 percent to 9.1 percent.

Furthermore, the average impact magnitude ranked by CIOs on a scale of 1-10 notched up by almost two points – from 5.1 to 7.

In a span of just two weeks, the country has seen tumultuous changes resulting from the increasing number of COVID-19 cases – 30 states and union territories are now in total lockdown. The first survey was taken at a stage when India had 43 confirmed cases; when we closed the second survey, that number had rocketed to 602.

When asked about the time to recovery, a majority of CIOs (over 41 percent) opine it would take 3-6 months for businesses to return to normalcy – a slight spike from the first survey. On the other hand, the number of CIOs who believe it would take more than a year for businesses to bounce back shot up to 5.05 percent – that’s more than double the number of CIOs we saw in the first survey.

In conclusion, although CIOs view the coronavirus pandemic as a significant threat from a business impact point-of-view, most believe things can get back to normal within six months.