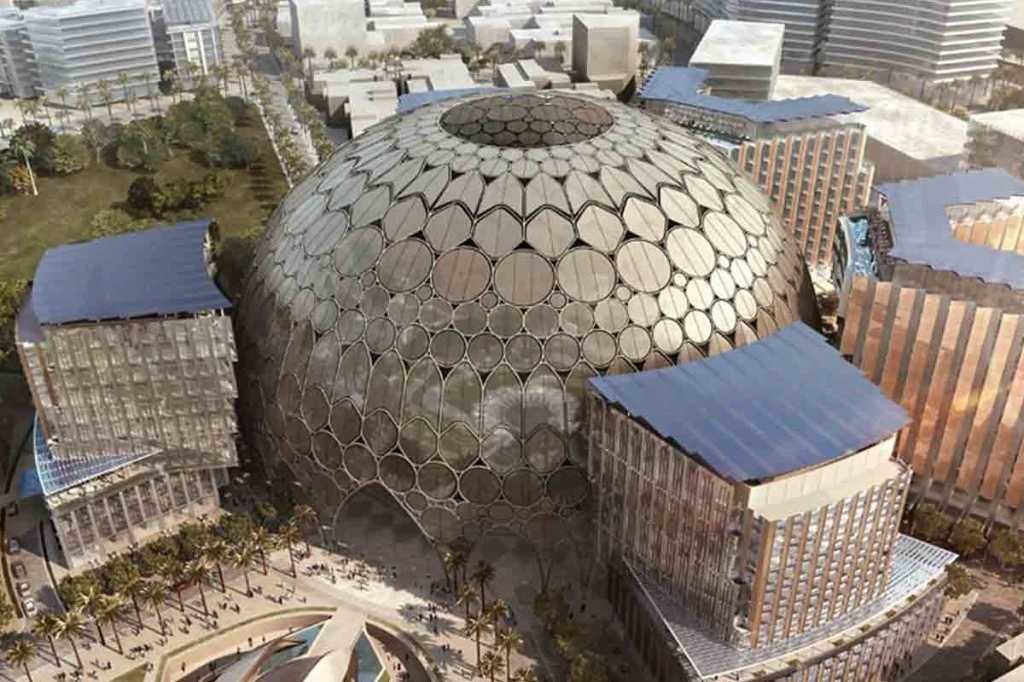 The biggest international event of the year has been postponed to 20201 due to the pandemic. The international organisation governing officially designated world fairs has voted to postpone Dubai Expo 2020, originally slated for a six-month run starting October 20, and considered something of a proving ground for emerging technology.

The organisation — the Bureau Internationale des Expositions (BIE) — stipulates that a two-thirds majority of member states is required for the dates of an Expo to be changed.

“The postponement of Expo Dubai to October 1, 2021 – March 31,  2022 is set to be approved by the BIE with the change of dates having already surpassed the required two-thirds threshold,” the BIE said in a statement today.

The postponement will likely send shockwaves through the UAE economy and derails at least temporarily a range of tech projects. Expo 2020 was expected to attract 25 million guests from around the world, and is a prototype for smart cities – communities that make use of IoT and other emerging technology to enhance services such as energy, transportation and utilities.

UAE officials put the best light on the postponement.

“We are thankful to member states for their continued commitment to contributing to a World Expo in Dubai that will play a pivotal role in shaping our post-pandemic world at a time when it will be most needed,” said Sheikh Ahmed bin Saeed Al Maktoum, chairman of the Dubai Expo 2020 Preparatory Higher Committee, in a statement.

Reem Al Hashimy, Minister of State for International Cooperation and Director General of Dubai Expo 2020, added: “As we worked towards October 2020, however something terrible happened to our world. When we come together as one, humanity knows no limits. Our promise still stands – connecting minds, creating the future.”

Expo 2020 was seen as a way for the UAE to burnish Dubai’s image as a commercial, investment and tourism hub for the Middle East and North Africa (MENA) region.

But in March, as the number of COVID-19 cases in the UAE began to rise and global travel ground to a halt, the expo organisers on the ground in Dubai, along with UAE government officials, proposed a postponement to the BIE.

The postponement is expected to have a big impact on the UAE economy — especially as oil prices have declined as a result of the pandemic and a price war with Russia — and likely on tech workers involved in a wide range of projects related to the fair. Expo construction costs have been estimated at around US$7 billion so far.

The expo was set to be a proving ground for IoT applications that are the foundation of smart cities. “Without IoT we cannot build a smart city at all — no IoT, no smart city,” Oliver Kraft, Siemens’ Expo 2020 project lead, told CIO Middle East last year.

Siemens, the government’s infrastructure partner for the six-month event, is deploying MindSphere, a cloud-based IoT operating system that stores operational data from connected devices, as a platform on which users can run analytics and other applications. For Expo 2020, the company was to connect 137 buildings. Multiple applications from businesses and tech vendors were to connect to the MindSphere PaaS (platform as a service).

Expo 2020 Dubai is to be the first World Expo ever hosted in the Middle East or Africa. There was to be more than 200 participants including nations, multilateral organisations, businesses and educational institutions, according to the organizers. Some 190 nations had confirmed their participation. The postponement of the expo is likely to roil Dubai’s real estate market, which has been in decline for number of years.

Expo 2020, under its orignal deadline to open, was expected to be on the vanguard of smart cities in the MENA region. Government-funded public administration initiatives are leading the way to smart cities and adoption of IoT networks and related 5G and analytics applications in the Middle East.