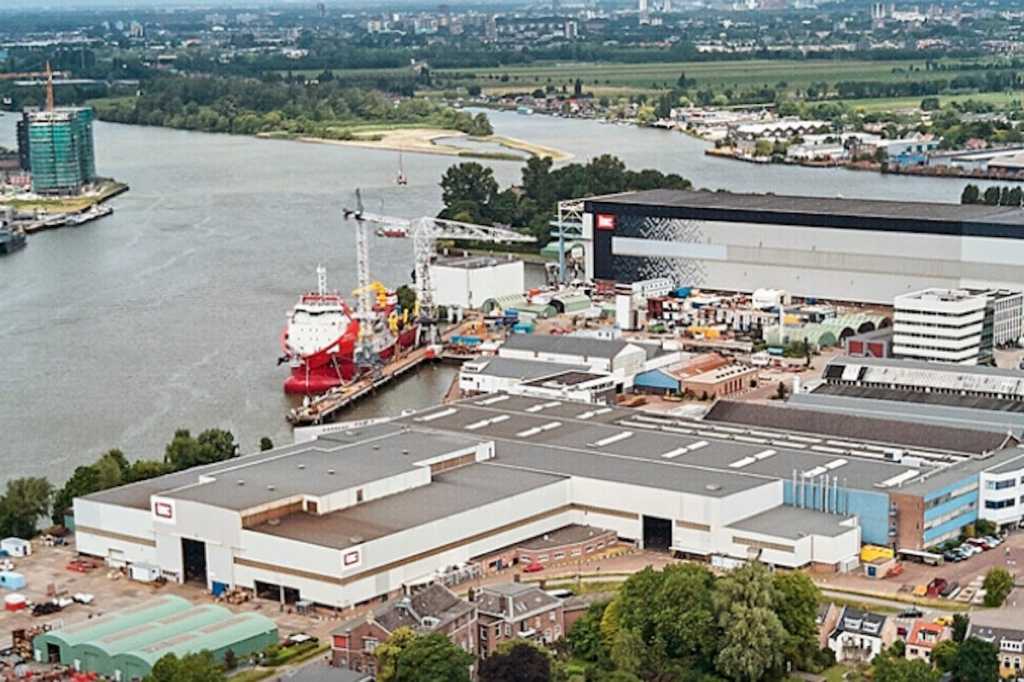 As companies grow, their IT environments expand as well, often resulting in a fragmented state of affairs. Consolidating at least some systems is usually a good idea, and that’s why shipbuilder Royal IHC has embarked on an ambitious plan to bring no fewer than 17 different ERP systems — including legacy programs and different versions of applications – onto a single platform.

Royal IHC, known until 2014 as IHC Merwede, is a Dutch company dating back to the 17th century. It has grown steadily through acquisitions and is now active in 39 countries worldwide. Royal IHC, which builds ships and makes a range of maritime equipment, has three focus areas: dredging, mining and offshore. It builds ships such as dredgers and pipe-laying vessels, but for the mining industry it also builds a whole range of equipment, from bucket-lifts to pumping facilities. It also invests heavily in the development of its own IP.

All of this results in a company that employs more than 3,000 people and achieves an annual turnover of just under 1 billion euros.

Growth results in fragmentation of IT

To support the three focus areas, all kinds of acquisitions have been made over the years. Many of the business units themselves talk directly to suppliers, for example to buy bolts. One result is that certain products that are used during construction are sometimes in the various ERP systems used by different parts of the company at least 12 times.  Among other things, different business units have been running different versions of the same ERP system on multiple databases.

Centrally managing such an organization from an IT perspective is clearly no easy task. In order to eliminate redundant data and achieve efficiencies of scale, though, Royal IHC has embarked on a digital transformation programme called One IHC.

When consolidating an IT environment, a company has to first choose a platform. Sweden-based IFS was selected for ERP. “We had a shortlist containing IFS and SAP and we clicked better with IFS, so it became IFS,” says Erik Langmuur, manager of IT Solutions Management at Royal IHC, noting that IFS staff seemed very attentive to his company’s particular needs.

Once the basic ERP platform was selected, they were still a long way off from finishing the project — many decision and tradeoffs had to be made. In addition to consolidating data from different ERP systems, there were many integrations that needed to be done, with interfaces to Teamcenter, Workday, Salesforce and other applications.

At Royal IHC, integrations have traditionally been based on web services, and use middleware. For the time being, new web services need to be built from IFS as well. That’s a time- and money-consuming part of the transformation.

Keeping it simple at the start

Royal IHC initiated the One IHC programme in order to cut the sort of complexity that results from multiple ERP systems interoperating with a range of other software. With multiple business units involved, making the transition as simple as possible is a wise idea, according to Langmuur. By taking a gradual approach, they have almost completed the migration for  the finance department, are well on the way with the project-planning department and have gotten a good start on marketing and sales — the front end of the company’s business processes.

The fact that Royal IHC has opted for IFS does not mean that they do everything exactly according to IFS guidelines. Langmuur doesn’t expect a rapid transition to the latest version (10) of IFS Applications, for example. IFS will support version 9 from a feature perspective for a while, and then even longer in terms of support. So there is not really a need to update yet. It is up to IFS to demonstrate the advantages of doing so.

Langmuur isn’t too concerned about an eventual upgrade to version 10, because the switch from 9 to 10 is much easier than the switch from 8 to 9. This is because of the Layered Architecture on which the range of IFS Applications – which include field service management (FSM) and enterprise asset management (EAM) as well as ERP (enterprise resource planning) — has been built.

The IFS Layered Architecture essentially separates core code from customizations; a source code control system allows executable code from the customization layer to override original IFS source code, where applicable. The idea is to reduce or eliminate the need to rewrite custom modifications when upgrading.

A gradual approach calls for trade-offs

Otherwise, in keeping with a gradual approach to change, Langmuur is for the time being not planning to use the new Aurena browser-based environment for IFS Applications, even though Aurena incorporates  a new API model that in theory would eliminate the need to write new web services for integrations between IFS and other applications.

“If I could convert all those services to API calls and thus get rid of the middleware, I would be very happy,” Langmuur says.

So why isn’t Royal IHC moving to Aurena now? “We made this choice purely so as not to modify the workflow too much,” he says. The people within his organization are so used to working within the old UX that he does not want to make the switch to Aurena at this time.

Other users have also expressed hesitation to move to Aurena. It’s a fundamentally different user experience than its predecessor; it’s understandable that some organizations might think the step is too big at the moment. That could be a challenge for IFS if they want to retire the old UX. It is no secret that IFS CEO Darren Roos, as well as other top brass at the company, are working toward a future where users do not need to do major system overhauls every few years, but rather consider their software a service, with regular feature upgrades – much like Microsoft did with Windows 10. But, especially in rather conservative markets such as manufacturing, offshore, and mining (to name a few), IFS may have its work cut out.

Langmuur gives the impression that Royal IHC doesn’t want to give away too much control when it comes to their One IHC programme – and he admits that is absolutely right. They don’t use consultancies very much, for example, because then “in a week’s time I’ll have not one but four consultants on the floor.” That’s mainly a problem with the larger suppliers in the market like SAP, not so much with IFS (though Royal IHC uses few IFS consulting services).

Langmuur does compliment IFS when he says that “IFS really thinks about IHC” when they have discussions on what is needed for his company. The people in charge at IFS will be glad to hear this, as that is precisely the image IFS wants to have, as a challenger in a market where the likes of SAP, Oracle, and Microsoft are the big guns — with the much smaller Infor still being considerably larger than IFS.

The compliment Langmuur gives IFS doesn’t mean that everything always goes right. Sometimes, he says, things remain quiet for too long on IFS’s end when bugs are reported, including things that are business-critical for Royal IHC. However, he is also realistic enough to realize that this is almost inevitable and has contingencies in place: “We can build temporary workarounds for such issues, and implement the proper fixes once they’re available.”

Royal IHC appears to be merging its ERP environments in a pragmatic and thought-through way. IFS plays an important role in this, even though Royal IHC has its own ideas about what platform components to deploy, and when. That in itself is not bad, and it’s essentially the way modern IT infrastructure architecture works. Vendors offer offer a basic platform, on which users add their own extensions and third-party components.