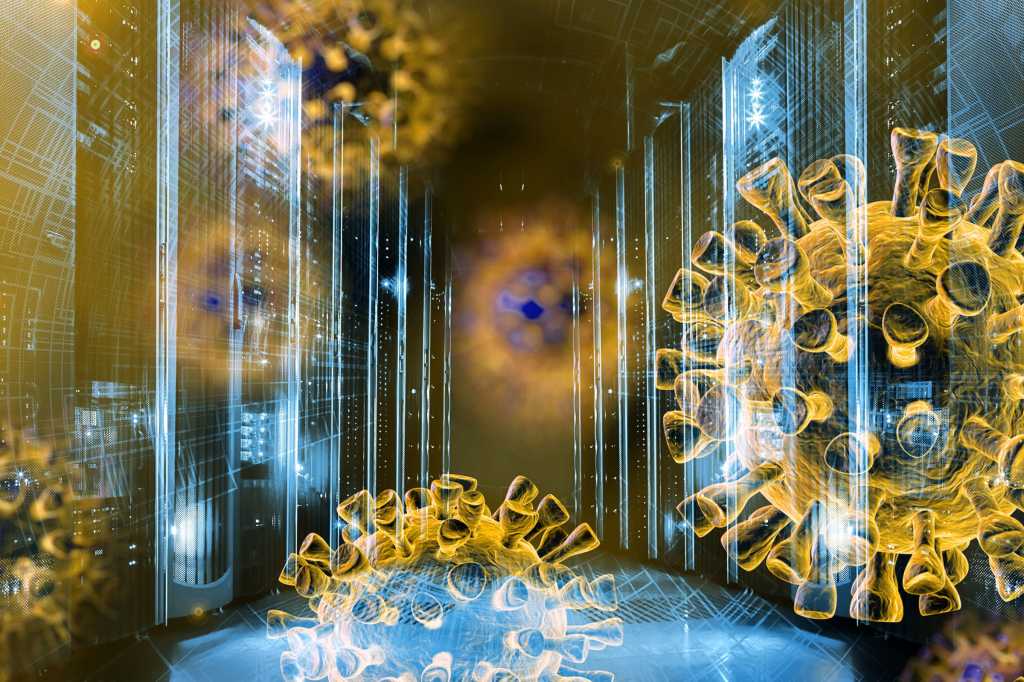 There’s no shortage of IT vendors pitching free trials of cloud-based tools they promise will help deal with the COVID-19 crisis many enterprises are facing.

Most are, at best, addressing the side-effects on business of social-distancing policies governments have introduced to slow the spread of the new coronavirus.

But there may be ways to put your organization’s data and IT systems to use in combatting the pandemic head on by helping identify cases, track their spread or promote measures to prevent it. A host of companies beyond the healthcare sector can play a role in reducing the pandemic’s impacts, including consumer electronics manufacturers, mobile network operators and even supermarkets.

Businesses that develop apps that interact with activity monitors, fitness trackers or smart watches are sitting on a pile of data with potential clues to the prevalence of COVID-19 and other influenza-like illnesses (ILIs). Higher-than-usual resting heart rate combined with longer-than-usual sleep intervals — both things these devices can detect — may be a sign someone has an ILI. Back in January, researchers at the Scripps Research Translational Institute in La Jolla, California, reported that trends in such data from 47,249 Fitbit users in five states helped improve the accuracy of prediction models for the spread of ILIs, and closely correlated with state-by-state seasonal flu figures reported by the CDC.

That study, based on data from 2016-2018, made no claims about COVID-19: When it was published there were fewer than 500 cases of the disease worldwide. Nor did it seek to diagnose individual cases, as data from the devices was anonymized and researchers had no access to their wearers’ medical history. Nevertheless, it sheds light on how the data of fitness trackers, for example, can be used as a potential source of information on the spread of COVID-19 and other ILIs.

Mobile phones and apps are another source of data that can help model the spread of COVID-19, and even help trace individual cases.

Eight European mobile network operators, including Vodafone, Deutsche Telekom, Orange and Telefónica, have agreed to give the European Commission anonymized location data from their customers to help it model and predict propagation of the virus at the population level. The move raised the hackles of privacy activists, but such data is freely available in the U.S. Several companies that capture location data from mobile app users, often as a side-effect of the app’s operation rather than its purpose, have published maps showing in which areas citizens have changed their travel habits the most since the government’s instruction to stay at home.

Other places have taken mobile tracking further in their fight against COVID-19, using it to follow the movements of people infected with SARS-CoV-2, the virus that causes COVID-19. Taiwan, for example, is using geofencing techniques to ensure that people under quarantine orders stay at home — or at least that their phones do. It has succeeded in keeping the number of confirmed COVID-19 cases around 16 per million population, and the number of deaths around 0.2 per million.

South Korea, too, has used mobile tracking to regain control of the outbreak following an initial surge as the disease spread through a secretive religious organization. While it now has around 4 COVID-19 deaths per million population (compared to 29 per million in the U.S. and 263 per million in Italy at time of writing), the number of active cases has been falling steadily for over two weeks now. The government outsourced the process of tracing the contacts of those who fell ill by publishing details of the places they had visited and inviting others to figure out whether they had met them. That may be a little too open even for U.S. privacy policies.

In the U.S. and in most European countries there are now far too many cases of COVID-19 to worry about early warnings or tracing contacts: The strategy now is to “flatten the curve” with measures such as social distancing, slowing the rate of new infections so health workers have time and resources to help those in need. CIOs have already contributed greatly to the social distancing effort, helping millions of people swap their desk for their kitchen table to work from home.

There are other curves to be flattened, though, such as the peak in lines at the local supermarket. With many of us ordered to stay home except to seek medical attention or make essential food purchases, the food store is one of the few places we still congregate. If supermarkets could determine how many customers are waiting in line or moving around the store, and push it to a website in real time or even to show the pattern through the day or week, they could encourage people to visit during quiet periods, smoothing demand.

Amazon’s Go self-service grocery stores are ahead of the curve in this: With all their cameras, they know not only how far apart customers are standing — but also which products they touched on their way around the store.

And there are companies such as Gravy that provide shopping malls and big-box stores with footfall figures based on the same kind of aggregated mobile location data governments are using to estimate quarantine compliance.

But even something simple could help: a spreadsheet showing when each customer checked out and how many items they bought is enough to estimate how many customers will be in the store at the same time tomorrow, if they aren’t encouraged to change their habits.

You may not have the data needed to cure COVID-19, but look around your business: You may have enough to play your part.